‘This is banana republic crap’: Veterans in Congress react to storming of US Capitol 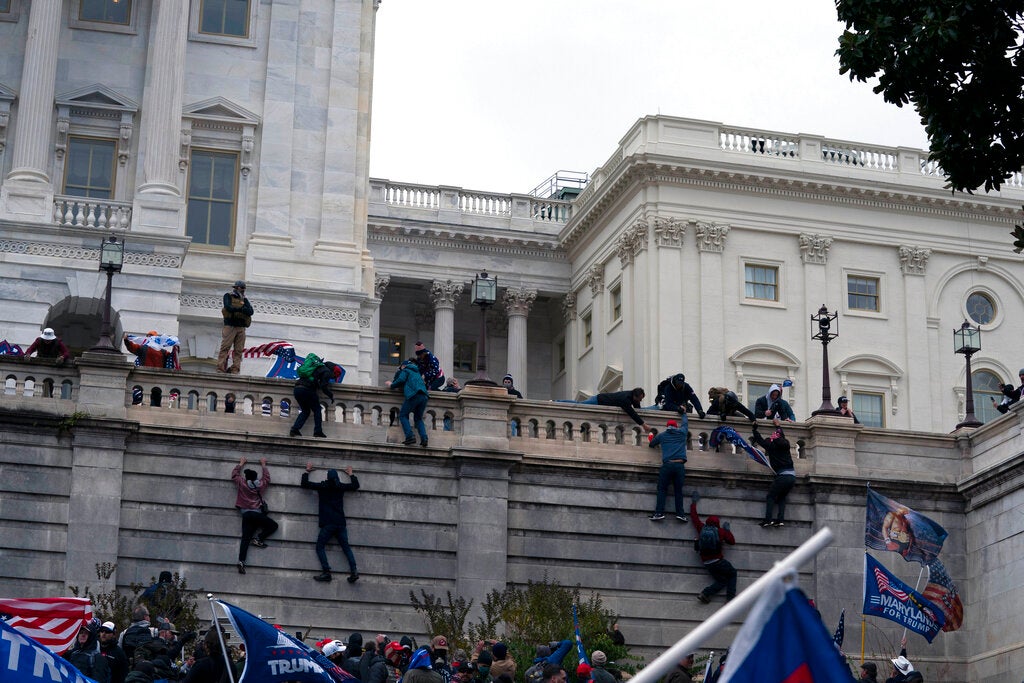 Military veterans serving in both parties in Congress condemned supporters of President Donald Trump for storming the U.S. Capitol building on Wednesday, the same day legislators were due to count the Electoral College votes validating President-Elect Joe Biden’s victory over Trump in the November presidential election.

Marine veteran Rep. Seth Moulton (D-Mass.) said the pro-Trump riot was more like something he expected to see in a warzone instead of here at home.

“We are being told to shelter in place not because of a foreign terrorist attack but because of a domestic coup attempt,” he tweeted on Wednesday. “I expected this as a US Marine in Iraq. I never imagined it as a US Congressman in America.”

Marine veteran Rep. Mike Gallagher (R-Wis.) called the riots ‘banana republic crap’ and urged Trump to tell his supporters to stand down. “This is insane. I haven’t seen anything like this since I deployed to Iraq in 2008,” Gallager told CNN on Wednesday. “The president needs to call it off. Call it off. The election is over.”

“I have spent my entire adult life defending our Constitution and people’s rights to peacefully demonstrate,” she tweeted. “I never thought I’d need to defend democracy from an attempted, violent overthrow in our own nation’s Capitol.”

Marine veteran Rep. Ruben Gallego (D-Ariz.) called on the National Guard to disperse the rioters so that legislators could get back to work.

“I am safe. Democracy is not,” he tweeted. “We need national guard to clear the Capitol so we can continue with our jobs.”

The condemnation of the riots among veteran members of Congress was bipartisan: Army veteran Rep. Steve Stivers (R-Ohio) emphasized the difference between protesting and rioting and called on demonstrators to obey Capitol police.

“Protestors have a right to be heard – a right that I’ve fought overseas for – but there is a difference between protesting and rioting. Destruction and lawlessness are not acceptable,” Stivers tweeted.

Fellow Republican Rep. Adam Kinzinger (R-Ill.), an Air Force veteran, echoed Stivers’ opinion, calling the riots a coup attempt and saying that President Trump incited the coup, encouraged it and did little to stop it.

“This authoritarian bullying is what the founders feared,” he said on Twitter.

Other calls from Republican veteran members of Congress to stop the riots were more complicated. While some condemned the riots, they were also vocal proponents of the unfounded claims of election fraud that led to the riots in the first place. Their ranks included Army veteran Rep. Neal Dunn (R-Fla.), who called the riots “abhorrent and unacceptable,” though he said he “will still contest the electoral college results today;”

Rep. Larry Bucshon (R-Ind.), a former Navy reservist who condemned the violence but said nothing to address its root cause.

“Supporters of the @realDonaldTrump please stand down and leave the Capitol,” he tweeted. “I do not condone any form of violence. A peaceful protest is your Constitutional right but what is happening now is not lawful. It is un-American;”

By 5:45 p.m. EST, local news media reported that the Capitol building had been cleared of rioters. A 6:00 p.m. curfew in Washington D.C. had been called and the D.C. National Guard was mobilized to respond to the riots.

Editor’s note: This article has been corrected to reflect Rep. Mike Gallagher’s political party. Gallagher is a Republican, not a Democrat

Related: See inside the Capitol after a pro-Trump mob stormed the building