In the spirit of Veterans Day, I am focusing on some exceptional people who have worn the uniform. 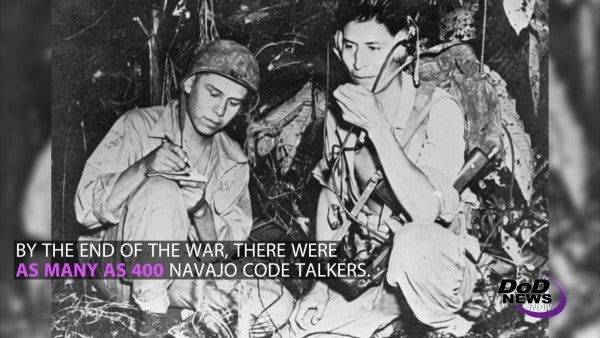 Beloved readers: Your friend and humble is taking a break from covering service members accused or convicted of war crimes. In the spirit of Veterans Day, I am focusing on some exceptional people who have worn the uniform.

Since the end of the draft in 1973, those who have served in the military made a choice to serve a greater good. And since fewer and fewer Americans are able to meet the military's physical, legal, and other requirements to join, veterans are by definition exceptional people.

Unlike many Americans who “almost joined the military” – or who have no appreciation of the sacrifices made by the heroes buried at Arlington National Cemetery – veterans understand the meaning of this Bible verse: “Then I heard the voice of the Lord saying, 'Whom shall I send? And who will go for us?' And I said, 'Here am I. Send me!'”

This Veterans Day, I am paying tribute to some of the veterans whom I've had the honor to know or cover over the years. They were outstanding people and my life has been richer because of them.

The first person whom I think of is my grandfather, former Navy Lt. John Duff. He served as a gunnery officer aboard the battleship USS New Mexico during World War II. His ship fought all the way from the Aleutians to Okinawa and finally reached Tokyo Bay for the Japanese surrender in September 1945.

They don't make people like my grandfather anymore. He was part of a generation that refused to go down without a fight. When he was in his late 70s, he was trying to back up his tractor when he fell off. The front wheels ran over his legs, but fortunately they were high off the ground for some reason, so his bones didn't get crushed.

Did my grandpa accept defeat? Hell no. He got up and ran after the damn tractor. Somehow, he managed to jump on the damn thing, only to fall off again. He broke some ribs and sustained other injuries, but he lived to fight another day.

It was exactly that toughness that allowed him and the rest of the Greatest Generation to defeat Nazi Germany and Imperial Japan simultaneously. My grandfather died just three years short of his 100th birthday. He lived with memory problems for the last several years of his life, but he never forgot the Navy or the war, which were some of his most vivid memories.

The second person I'd like to mention is Bill Cahir, who had been a reporter for several years when he joined the Marine Corps in 2003 at the age of 34. Cahir deployed as a reservist to Ramadi from August 2004 to March 2005 and then to Fallujah from September 2006 until April 2007.

I met him when I started working at the Pentagon in 2005 and he told me about what the U.S. military was doing wrong in Anbar province at the time – this was before The Awakening. After an unsuccessful run for Congress, he deployed to Afghanistan in 2009, where he was killed that August.

One reason I mention Bill is that he did what I didn't have the courage to do: He enlisted after the Sept. 11, 2001 terrorist attacks. If the Forever Wars end one day, their Epitaph will read, “Some gave all, but most gave none.”

We know where Bill stands.

Before I go, here's one more veteran you should know about: Army Capt. Christopher Scott Siefert. He was shot and killed by a fellow soldier, who had rolled hand grenades into three tents on March 23, 2003.

Seifert was originally from Easton, Pennsylvania, where I was working as a cub reporter. I covered the court-martial of Hasan Akbar, the soldier who was convicted and sentenced to death for his murder.

I remember one moment in particular, when an Army officer testified about meeting Seifert's widow and young son after the shooting. The boy, who was about to turn one year old, badly needed his first haircut. It was one of the many milestones his father would not be there for.

Seifert's widow could not bring herself to take the boy to the barber, so the Army officer took care of it himself.

Seifert's death was more than a loss for his family. The country is a lesser place without him.