"When China cracks down on dissidents, how can we offer 'rule of law' as the best approach?" 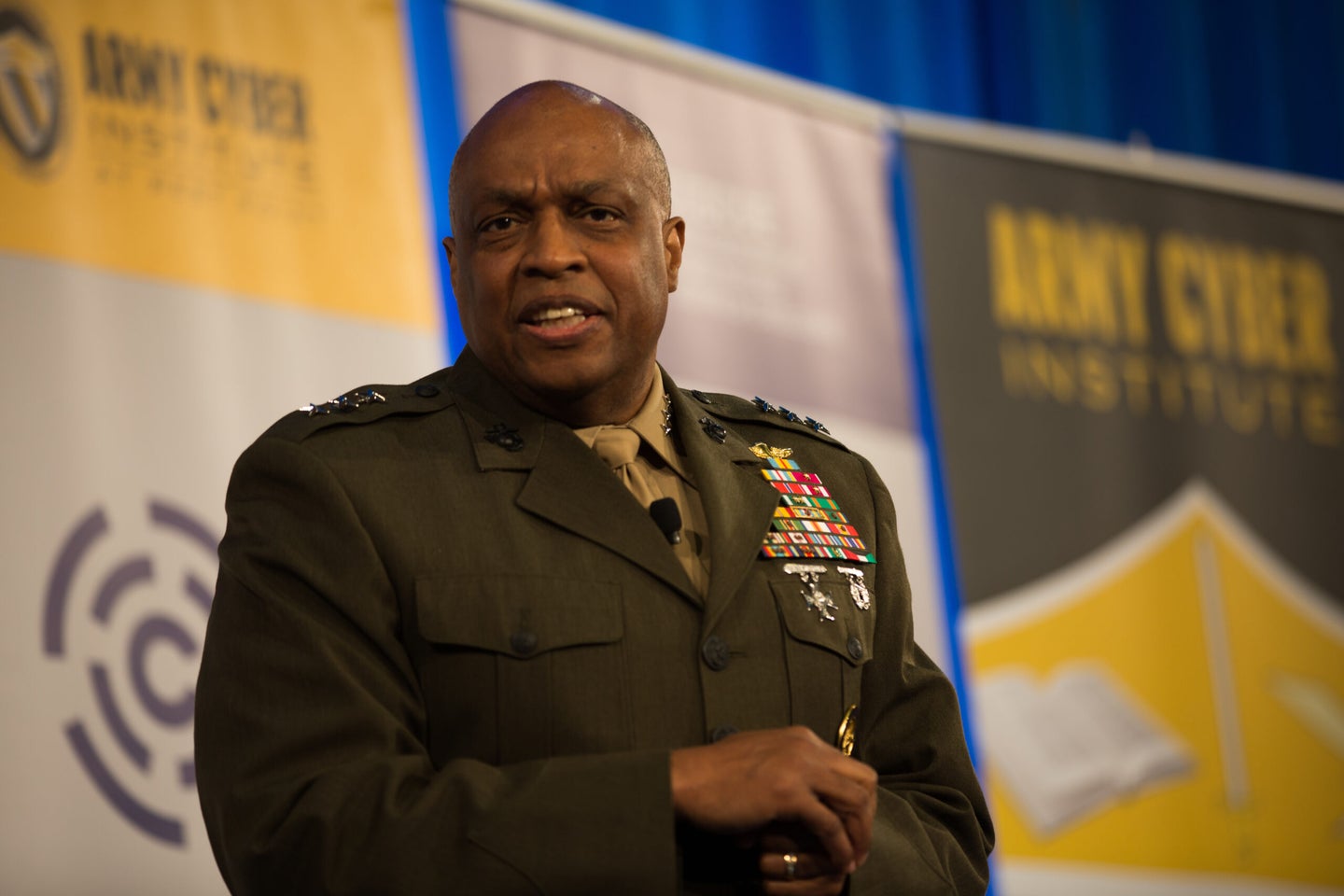 The former head of the Defense Intelligence Agency has denounced President Donald Trump for inciting his supporters to carry out an “attack” on the Capitol last week in an effort to overturn the results of the 2020 presidential election, telling Task & Purpose he believes the incident will have long-term consequences for American credibility abroad.

“So many times I encouraged other countries to follow our lead” in respecting the law and adhering to democratic principles, said Vincent Stewart, a Marine lieutenant general who retired in April 2019 as deputy commander of U.S. Cyber Command. “It will be extremely difficult delivering that message now. When China cracks down on dissidents, how can we offer ‘rule of law’ as the best approach?”

Stewart, 62, an immigrant from Jamaica who came to the United States when he was 13 and later climbed the ranks to become the Pentagon’s first Black intelligence chief at DIA, told Task & Purpose that Jan. 6 was his “saddest day in America” that upset him so deeply that it brought tears to his eyes.

“For more than 38 years I was prepared to give my life in defense of our constitution, democracy and our country,” said Stewart, who commissioned as an armor officer in 1981.

But, he said, “I was not prepared to sacrifice all” for what happened in Washington when hundreds of people pushed through police barricades and violently assaulted the Capitol building.

“The fact that this attack was led by our commander in chief made things all the more heinous,” said, Stewart, who served under six presidents including Trump, before adding that “this should not have come as a surprise from the president. He told us who he is when he began his run” for The White House.

Trump rallied his supporters near the White House on Wednesday in denouncing the certification of an election he lost decisively to President-elect Joe Biden, telling tens of thousands of attendees at the Save America Rally that he would “never concede” what he falsely claimed was a “stolen election,” while repeatedly urging Vice President Mike Pence to overturn the results, which Pence did not have the power to do.

“We fight like hell and if you don’t fight like hell, you’re not going to have a country anymore,” Trump said before urging his supporters to march on Congress.

The march quickly devolved into chaos after rioters pushed barriers aside and breached the Capitol, where some violently dragged police officers into the crowd and beat them with flags, crutches, and hockey sticks.

Inside, Vice President Pence was rushed away by the Secret Service while terrified lawmakers were told to shelter in place.

“I thought we’d have to fight our way out,” Rep. Jason Crow (D-Colo.), a former Army Ranger who served in Iraq, told The New York Times.

After the Capitol was cleared of rioters, Congress affirmed Biden’s election victory early on Thursday morning. And Trump later released a statement that finally acknowledged Biden’s win and said there “will be an orderly transition on January 20th.”

Meanwhile, nearly three-quarters of American voters say democracy in the United States is under threat, according to a Quinnipiac poll released on Monday. More than half said they held Trump responsible for the storming of the Capitol and want him removed from office.

While political leaders of both parties have condemned Trump for instigating the deadly riot, Stewart joins a growing number of current and former military leaders who have spoken out.

A day after the Capitol assault, Trump’s first defense secretary Jim Mattis released a statement unloading on the president, who he referred to only as “Mr. Trump,” writing that he had poisoned Americans’ respect for their fellow citizens and should be exiled as a “man without a country.”

Retired Gen. Joseph Dunford, who as chairman of the Joint Chiefs served as Trump’s top military advisor until his retirement in 2019, said the “outrageous assault on our democracy” was set in motion by “leaders who have continued to undermine a peaceful transition.”

Related: Here are the current and former military leaders blasting Trump over the Capitol riots