The Army’s dream of artillery that fires 1,000 miles is officially a dud

Firing rounds from Germany into Russia? That will have to wait, for now 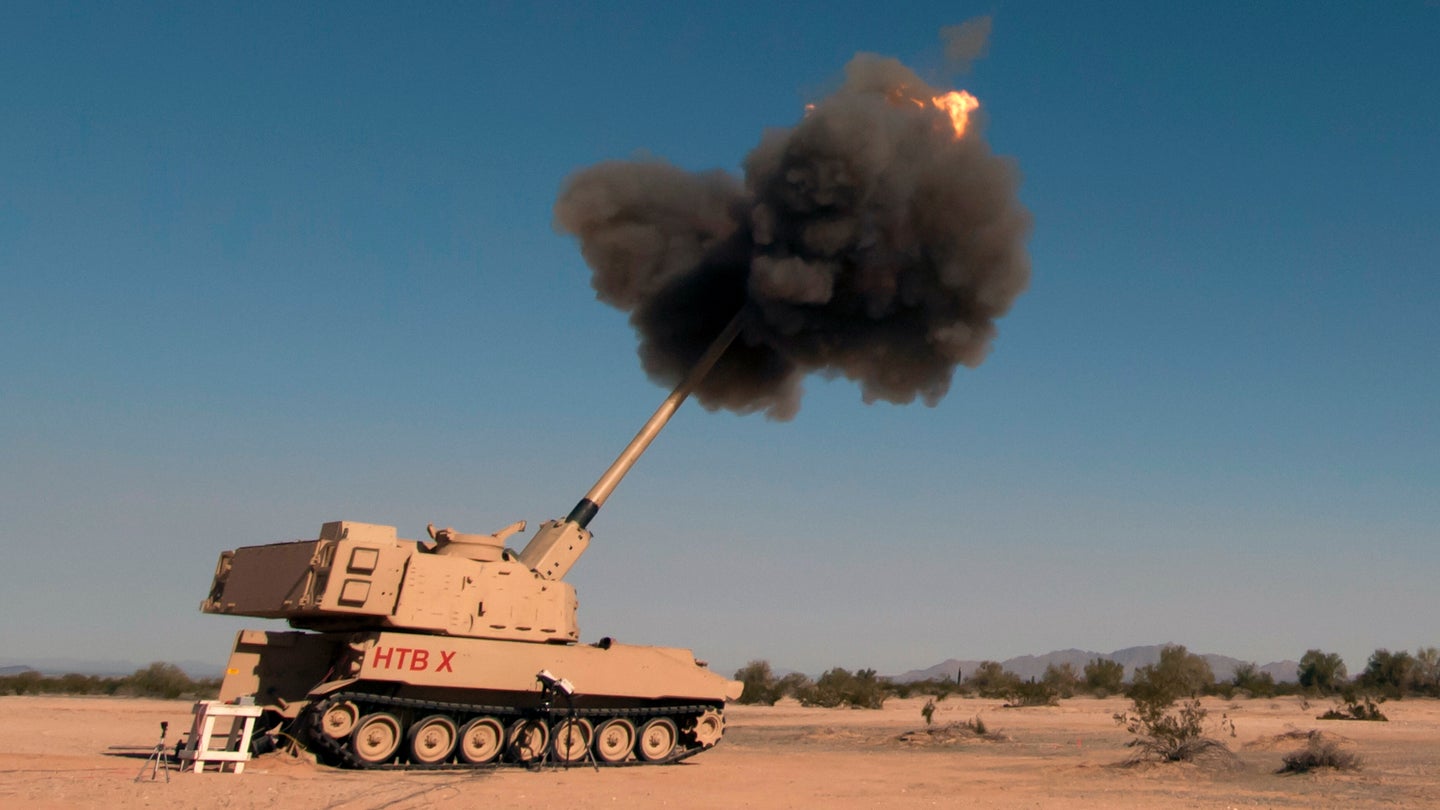 Artillery with a range of 1,000 miles? That’s going to have to wait, at least for now.

The Army has decided to cancel the research effort for the Strategic Long-Range Cannon program, which would have theoretically used a rocket-boosted artillery shell capable of traveling 1,000 nautical miles.

After Congress cut funding for the project, “the Secretary of the Army decided to terminate the [SLRC] project this year,” Army spokesperson Ellen Lovett told Defense News on May 20.

As Popular Mechanics wrote in 2020, “the 1,000-mile range of SLRC opens up some intriguing uses: from southern Germany, the Army could land shells on the outskirts of Moscow. From the Philippines, the Army could pound China’s artificial islands—and the missile sites and airfields on them—to pieces. From Japan, SLRC could hit Beijing itself.”

The feasibility of that — the actual how of an artillery shell traveling that distance — has always remained a bit murky.

A couple of images released in 2020 from an unknown Army Futures Command event showed the proposed weapon looking like a World War II-era railway gun or the infamous “Atomic Annie” designed to fire nuclear warheads.

While the Army was consistently tight-lipped about just how an artillery shell would travel 1,000 miles, there was speculation that the system would use something similar to the 155mm rocket-assisted projectile currently used by the service, which gets a boost in range after being fired through a standard artillery barrel. Another possibility was a ramjet shell using “air-breathing engines that use the projectile’s forward motion to shovel air into an intake and then into a combustion chamber, providing a lot of oxygen for fuel and propelling the projectile along at speeds from Mach 3 to Mach 6.”

The program was first put on hold last year as the Army awaited the findings of a report from the National Academy of Sciences on the cannon’s technical feasibility. The results of that study have yet to be made public, though.

The Army currently has four other long-range fires programs expected to reach operational Army units by 2023. There’s the Extended Range Cannon Artillery, which mounts a 58-caliber, 30-foot gun tube on a M109A7 Paladin chassis and nailed a target from 43 miles away in 2020. There is also the Long-Range Hypersonic Weapon, which has a reported range of 1,725 miles and is being fielded in fiscal year 2023. The Army is also planning on fielding its first mid-range anti-ship missile battery by September, 2023. Finally, there is the Precision Strike Missile, which has demonstrated a range over 499 kilometers.

In the meantime, though, artillerymen will have to settle for intracontinental fires only.