We love to see it. 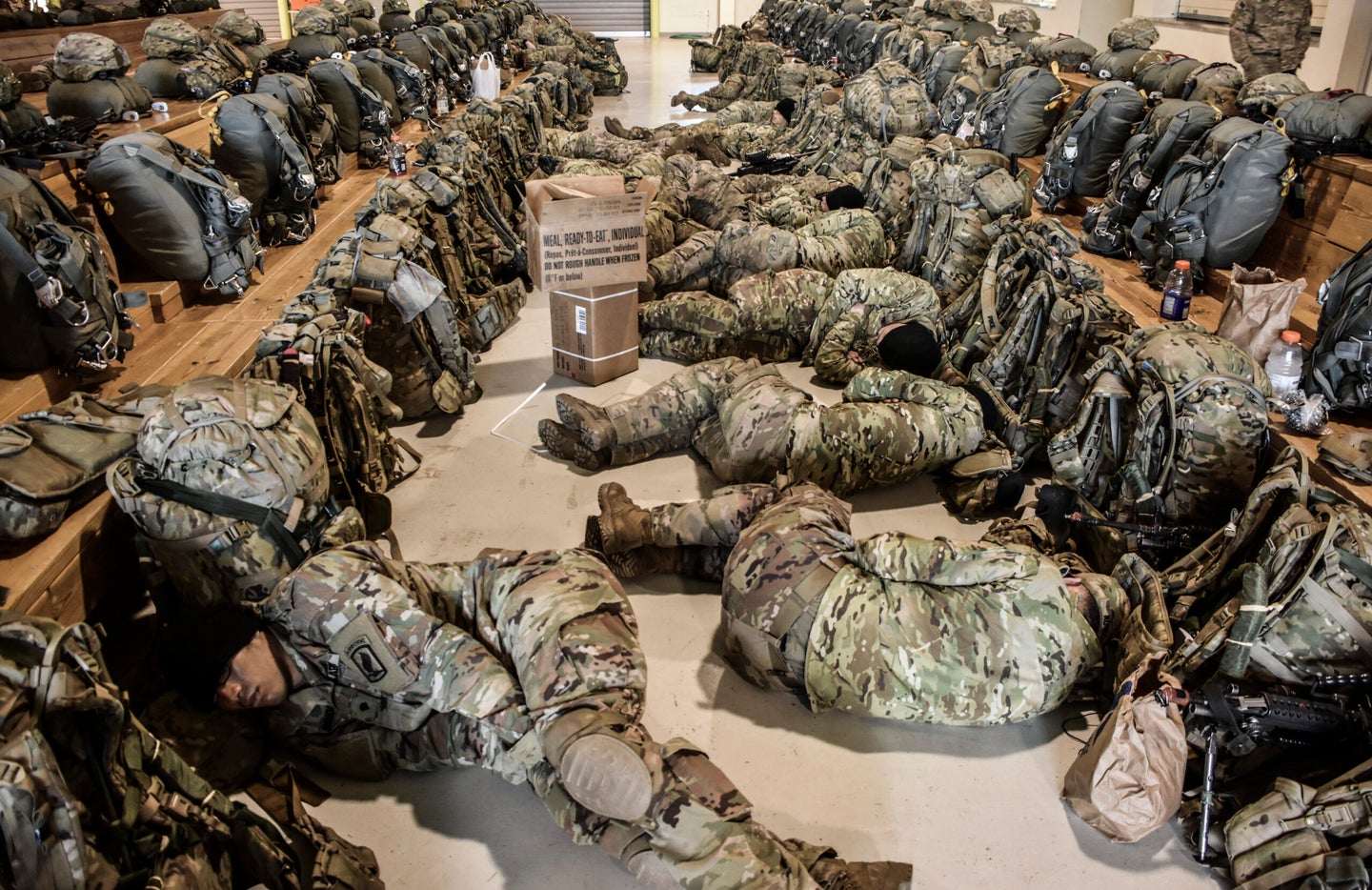 Guidance in the Army’s new Field Manual 7-22, which outlines the service’s holistic health strategy, stresses the importance of soldiers getting enough sleep.

“Even for those who regularly obtain the generally recommended 7-8 hours of sleep per night, more sleep can result in even better alertness and mental acuity,” reads the document, dated Oct. 2020. “In brain health and mental functioning, there is no such thing as too much sleep.”

The guidance goes on to lay out a very detailed analysis of when and how soldiers should sleep, pre-sleep routines to adopt (“listening to soothing music, reading, or taking a warm shower or bath”), and says that in an instance when you’re unable to get enough sleep: nap like your life depends on it.

“When regular nighttime sleep is not possible due to mission requirements, soldiers can use short, infrequent naps to restore wakefulness and promote performance,” the document explains. “When routinely available sleep time is difficult to predict, soldiers might take the longest nap possible as frequently as time is available.”

The Army’s detailed sleep strategy is just one facet of FM 7-22, which covers Holistic Health and Fitness — a “multifaceted strategy,” according to the Army, meant to emphasize total wellness for soldiers.

Megan Reed, a spokeswoman for U.S. Army Center for Initial Military Training, described it to Task & Purpose as a system which “enables soldiers to optimize physical readiness training and the other critical aspects of health including sleep, nutrition, mental and spiritual readiness.”

The new field manual document covers everything, including what a soldier’s nutrition intake should look like in the cold and in the heat; how to motivate yourself with “productive self-talk;” and practicing mindfulness.

The guidance also measures the ideal amount of caffeine for a soldier to have a day in order to stay alert, suggesting between 200 and 400 milligrams for a typical day.

The Army does not, however, suggest that you get all of that caffeine from a Rip It energy drink.

According to FM 7-22, the correct amount of caffeine to obtain “optimal alertness” is around 400mg — perhaps a little bit more if you’re really in dire need of help — broken up into 200mg increments.

If you’re like me, your first thought was, “I wonder how many Rip Its that is?” The answer, dear reader, is approximately five Rip Its — if you’re looking at the 400mg total, that is — according to the drink’s nutrition facts, which identify 80mg of “caffeine from all sources” in one can.

But that doesn’t mean you should get all of your caffeine from Rip Its.

When asked by Task & Purpose if the Army condoned the intake of five Rip Its a day, Reed made it clear they do not.

“Sleep and nutritional guidance is based on mission and circumstance,” Reed said. “For example, the average caloric needs of a male trainee is 3400 kcals per day, but guidance does not encourage that trainee to consume roughly 13 hamburgers, daily.”

The Army’s guidance also stresses caution for soldiers looking to energy drinks or other “performance shortcuts.”

“Soldiers who purchase supplements should be aware that these products target our human desire for health and performance shortcuts,” the document says. “Some may be damaging and dangerous: if a product or claim sounds too good to be true, it probably is.”