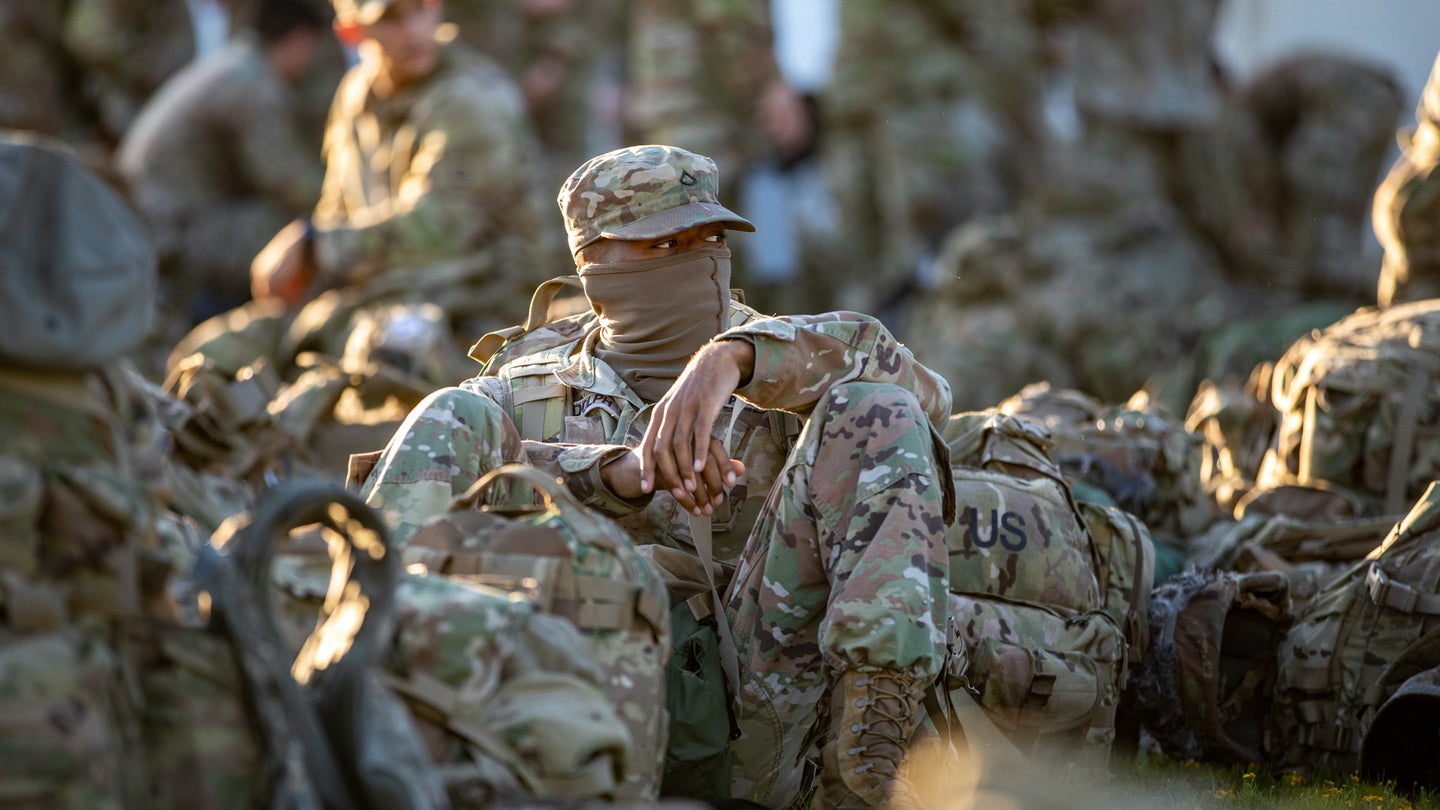 As tensions between Ukraine and Russia escalate, the Pentagon has put 8,500 service members on “heightened alert” to possibly deploy in support of NATO allies, according to Pentagon spokesman John Kirby. It’s not particularly surprising that at least a portion of that response force could be drawn from the 82nd Airborne Division. As the Washington Post reported, “elements” of the 82nd Airborne are “expected to be among the first units sent to NATO’s eastern flank if Biden gives the order.”

Capt. Darren Cinatl, the deputy public affairs officer for the division, said they’ve received no shortage of questions asking if they are on “heightened alert.” And while the division understands the question, in reality, it doesn’t carry the weight one might think. That’s because the 82nd is always on heightened alert.

The division makes up the core of the Immediate Response Force, a contingent of mostly soldiers, as well as Air Force partners, meant to be able to deploy in under a day to respond to crises around the globe.

And as if the paratroopers don’t already exist in a state of readiness, they’ve also had plenty of practice over the last two years.

“We have deployed essentially three times in the last two years under IRF conditions, which is unheard of,” said Cinatl, who was on two of those deployments starting on New Year’s Eve in 2019.

Amid celebrations with friends and family to ring in the new decade, paratroopers with 1st Brigade Combat Team got the call that they would be deploying to the Middle East in response to an attack by pro-Iranian militia on the U.S. Embassy in Iraq. Just months later in June 2020, paratroopers from the same brigade were mobilized to the Washington, D.C. area as civil unrest grew following the killing of George Floyd. Last August, a battalion from 1st Brigade was quickly rerouted to Afghanistan from their original destination of Kuwait as the Taliban regained control of the country and the U.S. worked to withdraw personnel.

The New Year’s Eve deployment — which Cinatl said is aptly referred to by the soldiers as “Devil’s New Year” — was the “first true IRF activation” with no notice in 30 years. While the Immediate Response Force was only just established in 2018, it was a redesignation of a joint effort called the Global Response Force that was created in the early 2000s.

While designated as IRF 1, soldiers are under certain limitations. Commanders consider leave passes by determining if the soldier would be reachable and deployable within the required timeframe. The standard is to be able to deploy, at the very least, a company of around 200 soldiers within 18 hours. That can vary depending on where the soldiers are heading. In June 2020, for example, a company was “out the door in eight hours,” Cinatl said. The feat was made easier by the fact they were only going to D.C.

Even for those soldiers not in the primary response brigade, those in the other two brigades — IRF 2 and 3 — are still “on alert status.” The moment the first brigade is called out, IRF 2 moves into its place as the next deployable.

But when the call comes in, it’s an immediate jump into action. Cinatl recalled the deployment to Afghanistan last August, saying there were brand new paratroopers just arriving at Fort Bragg when they were told to prepare to head out.

“We literally told these young paratroopers, 18- to 19-year-old kids, ‘Hey, get your bags, don’t unpack, go sign into your unit real quick’ … They didn’t really have time to settle into their barracks room and they were literally grabbing their stuff and getting ready to deploy with a unit they hadn’t really even gotten to know yet,” Cinatl said.

He added that while the 82nd Airborne Division, along with the rest of the country and world, are watching the current events in Ukraine, they don’t focus on the “shiny object.” There are events happening around the world at any given moment that the Immediate Response Force has to be prepared for.