After decades of astonishing spectators on the ground, the Blue Angels' legacy F/A-18 Hornet fighter jets made their final flight on Wednesday against a gorgeous sunset in the skies above Alabama and Florida 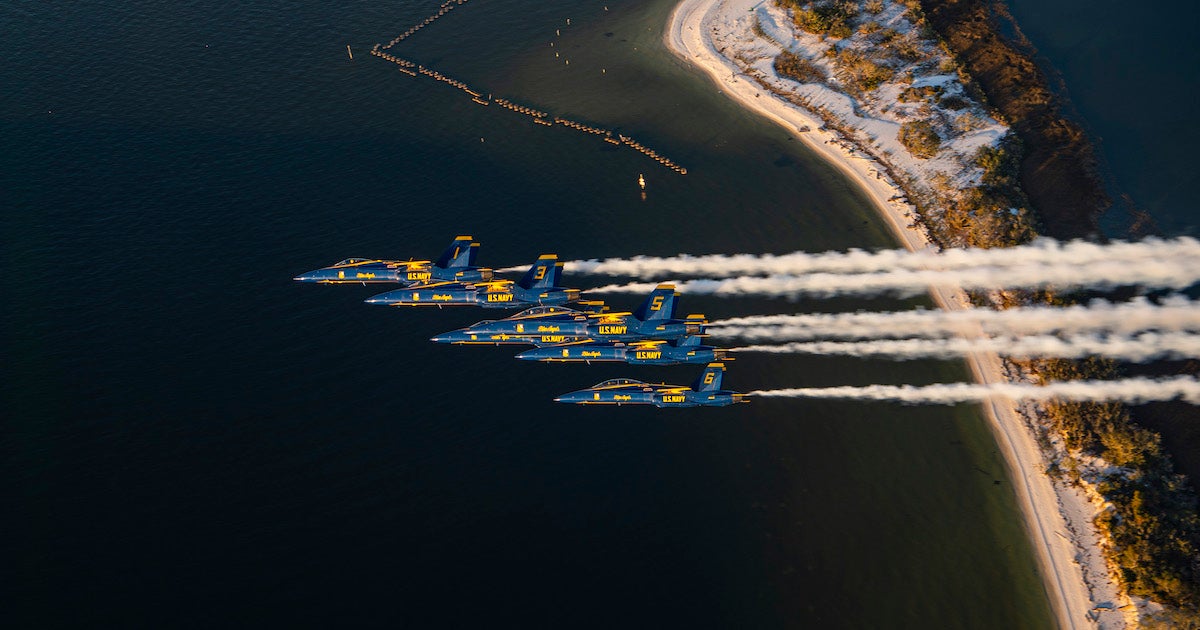 After decades of astonishing spectators on the ground, the Blue Angels’ legacy F/A-18 Hornet fighter jets made their final flight on Wednesday against a gorgeous sunset in the skies above Alabama and Florida.

The Navy’s flight demonstration squad took to the skies in the F/A-18 A/B/C/D Hornets for the last time on Wednesday ahead of their official transition to the larger F/A-18E/F Super Hornets in the coming months.

The Blue Angels’ 2020 show season marked the end of the service life of the aircraft the team has flown for the past 34 years, according to the Navy.

The final flight of the Hornets on Wednesday resulted in some stunningly appropriate sunset photos of the legacy fighter jets in their final moments:

According to Military.com, the Blue Angels will mark the team’s 75th anniversary next year in their new Super Hornets, the first of which the squad received in July.

As our friends at The War Zone note, the Blue Angels fleet will eventually consist of 18 early-block Super Hornets upgraded specifically for the squad’s unique aerial demonstration mission.

“We are incredibly honored to have the opportunity to salute those teams who have flown, maintained and supported this platform for over three decades of service,” Blue Angels commanding officer and flight leader Cmdr. Brian Kesselring said in a statement.

“We deeply appreciate the expertise and operational knowledge Blue Angels past and present have brought to the team, and we look forward to enhancing our operations as we fully transition to flying the Super Hornet.”

Related: Watch the Blue Angels fly over a Navy aircraft carrier from inside the cockpit of an F/A-18 Hornet