“This is a milestone moment for us here on Fort Bragg." 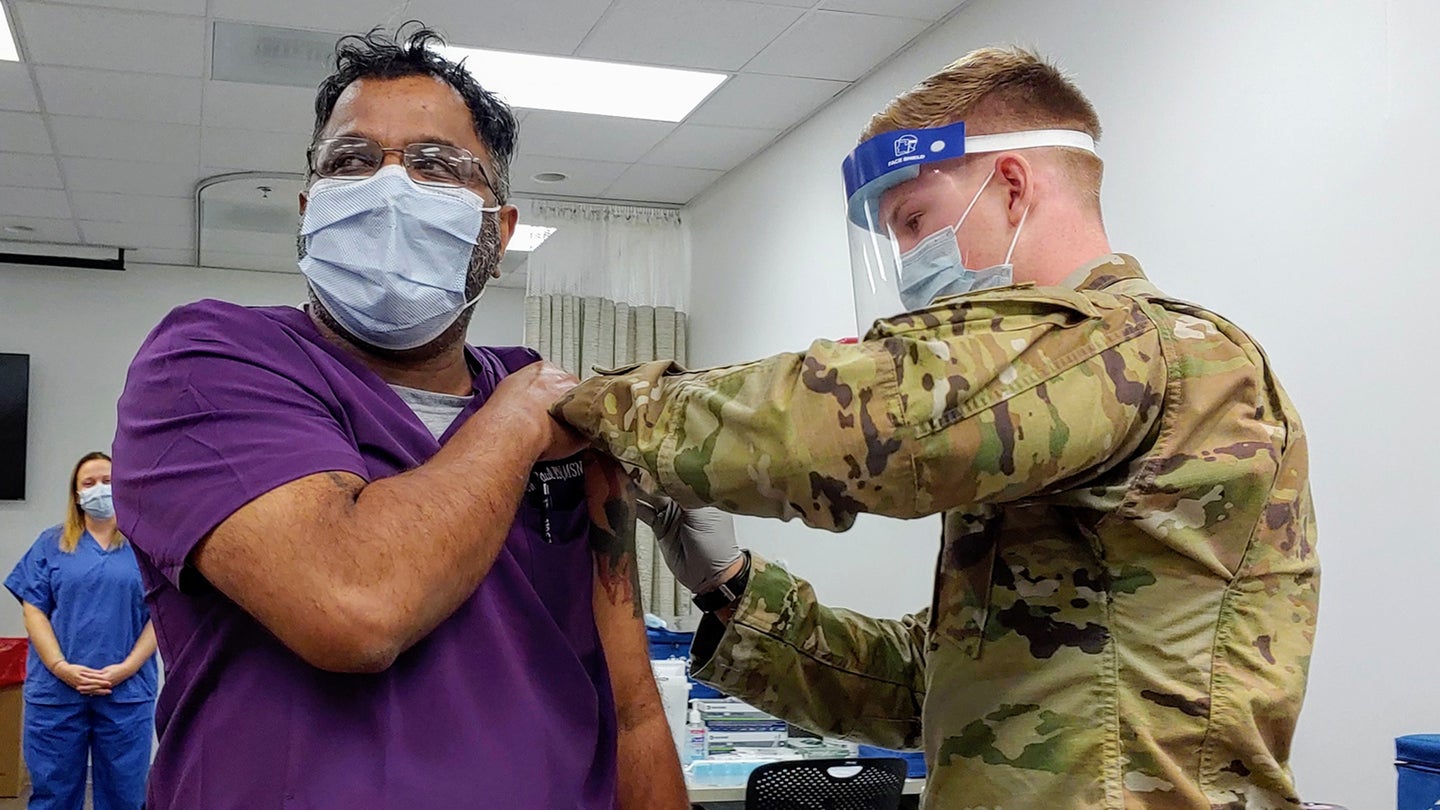 Fort Bragg has received its first shipment of the Pfizer novel coronavirus (COVID-19) vaccine and administered the first vaccine to a Womack Army Medical Center nurse, the Army announced on Tuesday

Roni Paul — an emergency room nurse and nurse educator who has worked at Fort Bragg since 1994 — was the first to receive the vaccine for COVID-19, according to a Fort Bragg press release.

The shot was administered by Spc. Adam G. Millett, a combat medic with the 82nd Airborne Division.

Paul is also a former Army medic who commissioned through the Army’s Green to Gold program before “embarking on his civilian career in medicine.”

“This is a milestone moment for us here on Fort Bragg,” said Lt. Gen. Michael “Erik” Kurilla, commander of XVIII Airborne Corps and Fort Bragg, said in the press release. “We would not have arrived at this moment without our first responders, medics, health care workers, and the incredible staff of the Womack Army Medical Center.”

Thomas McCaffery, the assistant secretary of defense for health affairs, said at a briefing on Dec. 9 that the Defense Department would receive just under 44,000 doses of the vaccine “for immediate use,” and that the department would be following guidelines from the Centers for Disease Control and Prevention (CDC) to decide who got the vaccine first.

The highest priority population is health care workers, followed by essential workers and deploying service members, high-risk beneficiaries, and then the healthy population.

Fort Bragg was chosen as one of 13 locations in the U.S. to receive the first shipment of vaccines.

The locations were chosen for their “extra cold-storage capability, sizable local populations to vaccinate and m medical staff large enough to administer it,” Lt. Gen. Ronald Place, director of the Defense Health Agency, said at the briefing.

Place recommended last week that “everyone take the vaccine when it become available.”