"I was in the Marine Corps, so I suggest ya'll turn around and adios." 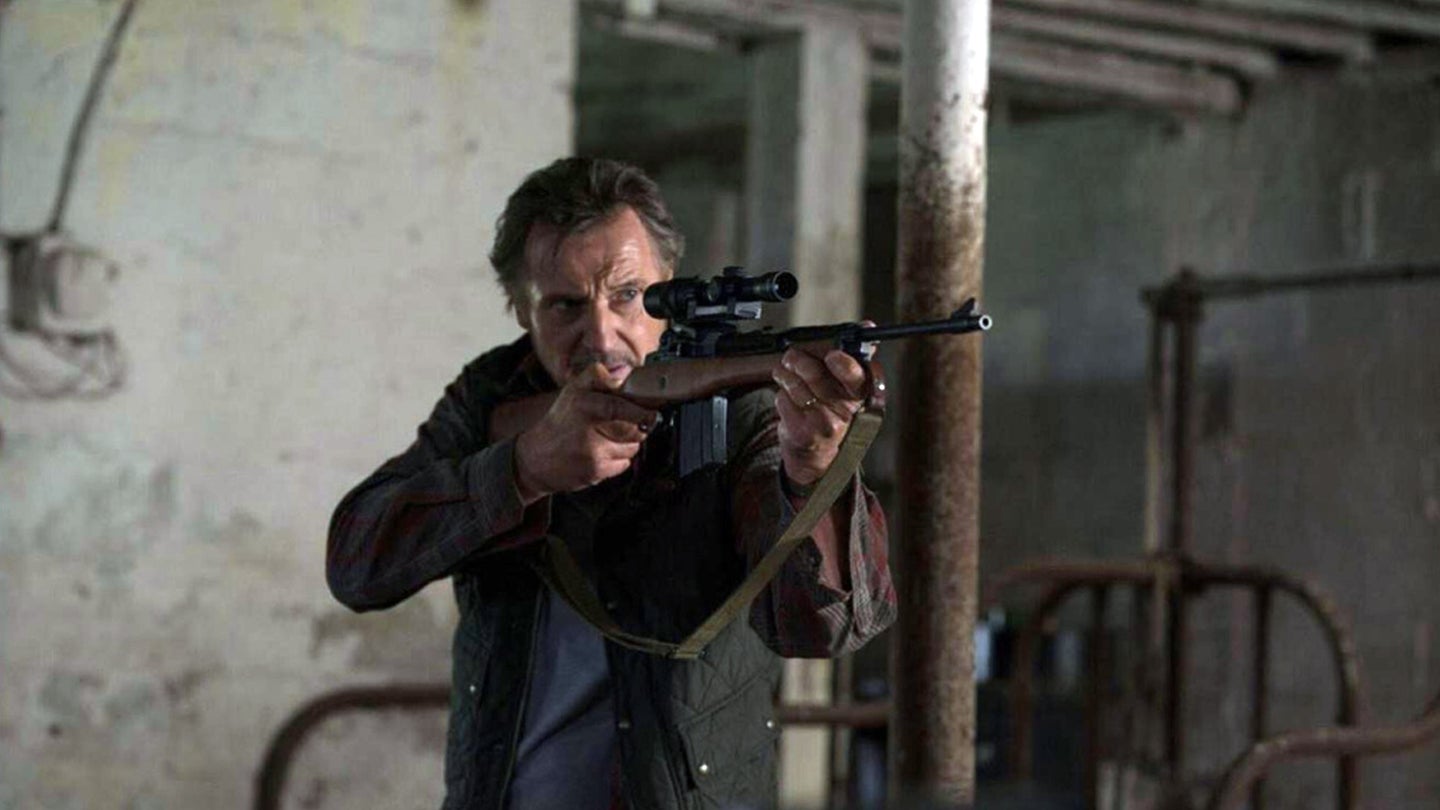 Actor Liam Neeson can add battling Mexican drug cartels to the “particular set of skills” he’s acquired in recent years as the beloved star of the Taken franchise.

The 68-year-old actor is set to star in the new film The Marksman, which debuts next year, as a Marine Corps veteran who gets pulled into a cartel dispute on the U.S.-Mexico border.

The first trailer for the film dropped on Dec. 3:

The Marksman departs from Neeson’s usual shtick as a super dad saving a family in jeopardy. This time, Neeson plays Jim Hanson, the unlikely defender of a young Mexican boy named Miguel and his mother who are chased by three cartel bad guys to the Arizona border — bad guys who clearly didn’t plan on running into a guy with a sizeable movie kill count.

At this point, according to the trailer, Hanson has to make a choice: Acquiesce to their demands or act like Billy Badass. You can already guess which option he goes with.

“I was in the Marine Corps,” Hanson says, rifle now in hand. “So I suggest ya’ll turn around and adios.”

As you’d expect, the cartel figures do not adios. Instead, a gun battle ensues and the mother is killed in the crossfire, leading Hanson to promise he’ll protect Miguel and get him to family members in Chicago.

For the most part, the film looks like your standard-issue action flick replete with plenty of gunfights, high-speed chases, and car crashes, though film director Robert Lorenz says the film’s action is combined with a “deeply-drawn character study of the human condition.”

But as Screen Rant notes, the premise seems to be right out of the tried-and-true action hero playbook for Neeson, yet again showing a man hoping to live a quiet life who instead gets called back into action.

“As always, Neeson is up to the task, as his former sharpshooter skills come in handy in his battle against relentless killers who want to silence him,” writes Dan Zinski.