Navy warship gets a proper sendoff: Being blown to hell and sunk for training

Goddamn, they really blew up this ship. Like, a lot 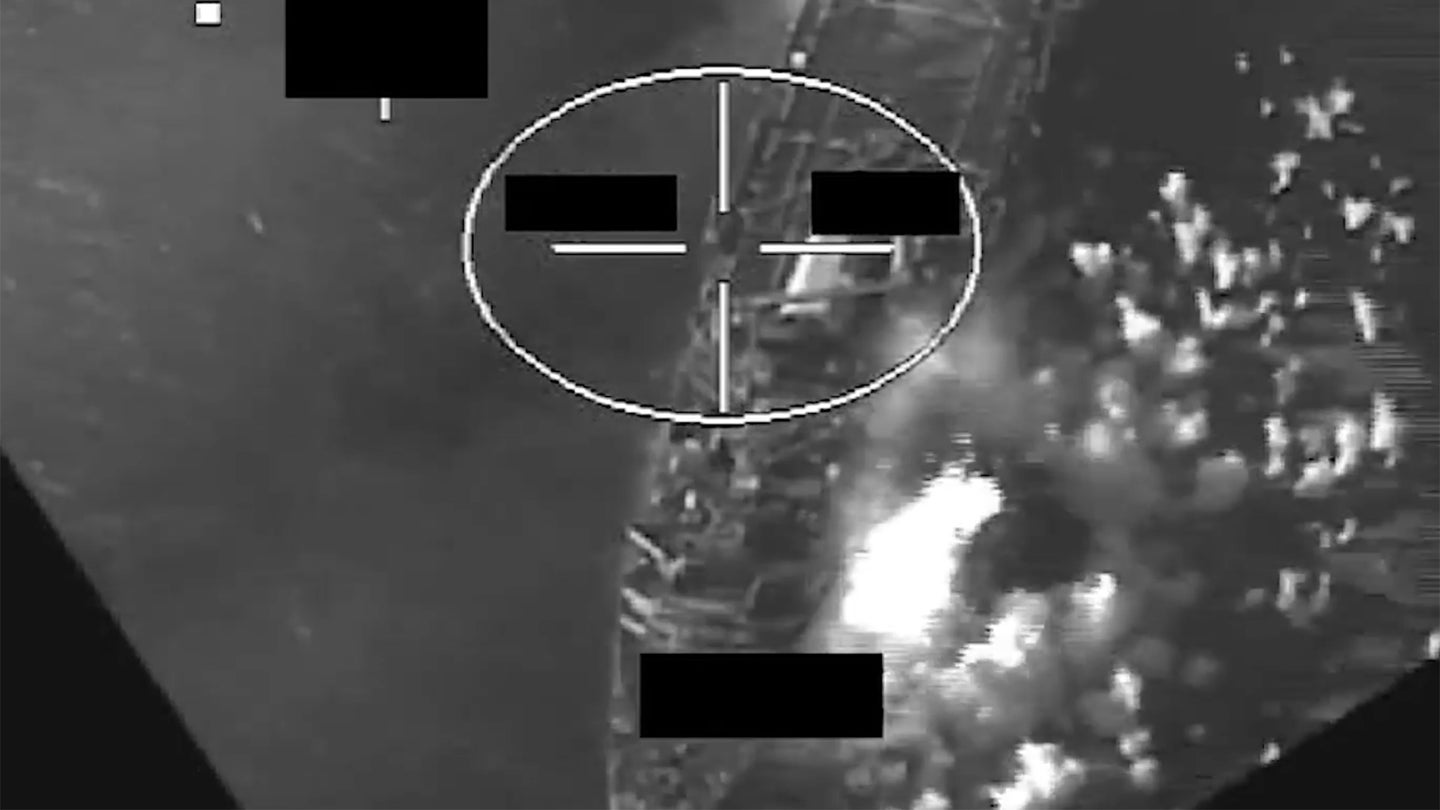 A hell of a way to go. (Image courtesy of DVIDS).
SHARE

When you want to sink a ship, spare nothing, right?

As part of the 2022 Rim of the Pacific training exercises (RIMPAC), United States and Japanese military forces spared no expense in blowing the USS Denver out of the water.

And if that wasn’t enough, there were also surface-to-ship rockets fired, to let the land-based artillery get in on the action.

To deliver a final blow, the guided-missile destroyer USS Chaffee fired its 5-inch gun at the USS Denver.

In short, this ship was blown the fuck up. And it will spend the rest of its days as a hulk more than 15,000 feet beneath the surface of the ocean, about 50 nautical miles north of the Hawaiian island of Kauai.

The sinking exercise, or “SINKEX” is something of a RIMPAC and U.S. Navy tradition. What better way to fully decommission an old ship than sinking it with all the ordnance you can get your hands on?

Just a couple of weeks ago, ships from the United States, Australia, Canada and Malaysia sunk the decommissioned frigate USS Rodney M. Davis. In 2018, the landing ship tank USS Racine got a taste of air, land and submarine-launched missiles.

Before being sunk, the hulks are cleaned up and prepared to make an environmentally friendly addition to the seafloor. They are stripped of hazardous materials and chemicals, and are sunk at least 50 miles from shore and at a minimum depth of 6,000 feet.

So for the USS Denver, which was present at the evacuation of Saigon in 1975 and was the oldest deployable ship in the Navy when it was decommissioned in 2014, this is a fitting end. Getting absolutely annihilated by all manner of ordnance.

Assuming the Navy doesn’t sell them all, sounds like a good final use of the Littoral Combat Ship.