RIMPAC wants you to know they can sink your battleship 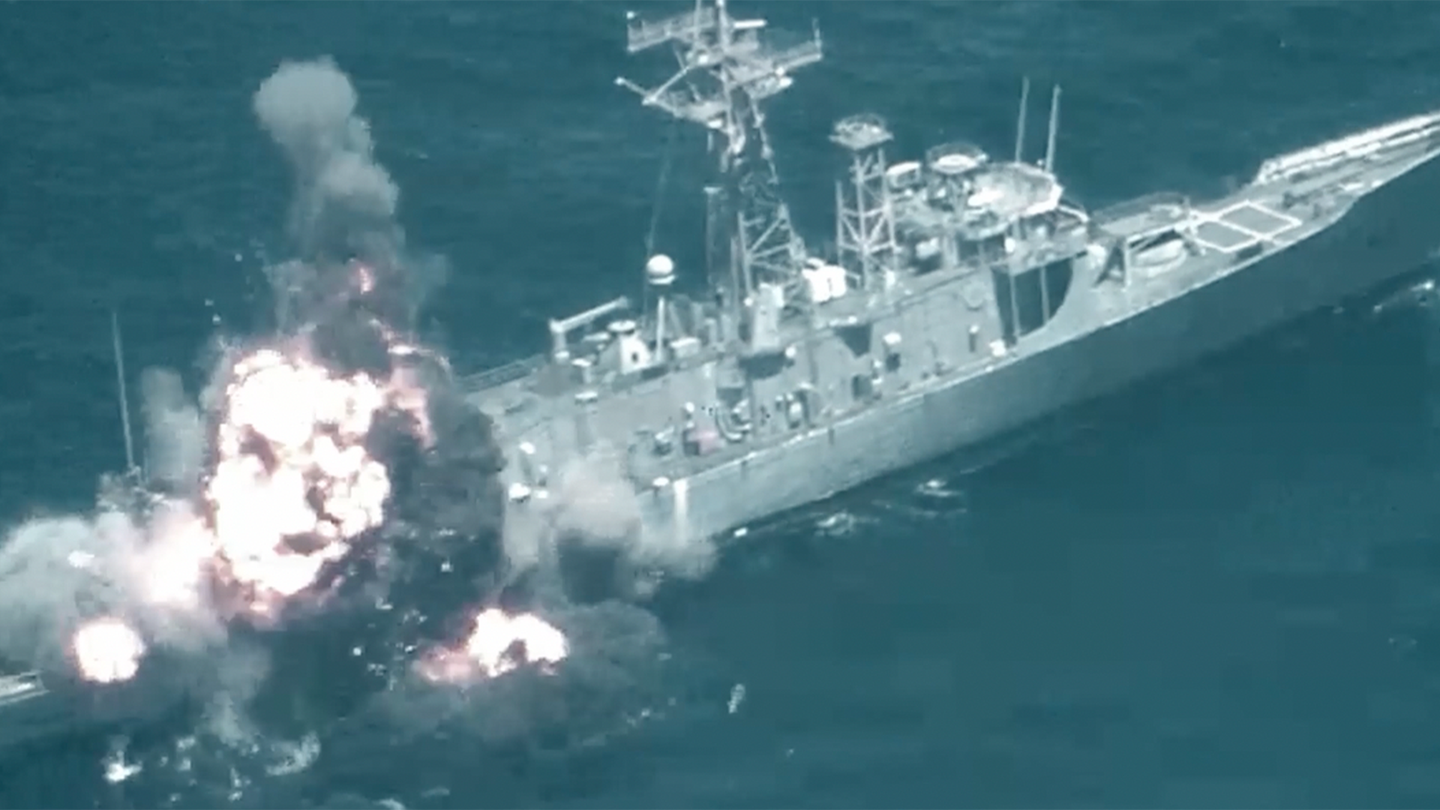 Training exercises are, well, for training, but that doesn’t mean they can’t feature a real explosion or two. Or in the case of the Rim of the Pacific exercise this week, just absolutely destroying a decommissioned frigate with all sorts of heavy firepower. There is a strategic reason for the giant operation, but clearly the U.S. Navy is enjoying the chance to obliterate a ship.

The massive Rim of the Pacific, or RIMPAC, training operation has 26 nations participating, fielding more than 25,000 personnel across dozens of ships, several submarines and some aircraft. The July 12 sinking exercise (or as the military calls it, “SINKEX”) featured ships from the United States, Canada, Malaysia and Australia. The decommissioned frigate, the USS Rodney M. Davis, was set up off of Hawaii to be a giant target. Oh, and they hit the target. Multiple times.

Here’s the slickly edited video of the RIMPAC ships and planes utterly wrecking the empty ship.

Blowing up a decommissioned ship is something of a RIMPAC tradition. It happened in 2020 and in 2018, each with a series of direct hits setting off plumes of smoke and fire. RIMPAC partners seem to enjoy the chance to blow up a ship.

There’s at least a strategic reason for such an exercise. The Rim of the Pacific joint training exercise started on June 29 and runs through Aug. 4, with various navies operating around the Hawaiian islands and Southern California. As Defense News pointed out, this year’s edition of the biennial operation isn’t explicitly designed to counter the threat of China (a former RIMPAC member, who was uninvited in 2018). However, it is hard not to see it in the context of preparing for Chinese aggression toward Taiwan, which Beijing sees as a part of its territory. Chinese is currently working to modernize its military capabilities, with the updates set to be done in 2027. Russia’s invasion of Ukraine this year has further worried Western nations about China potentially launching a similar operation against Taiwan.

The wider Pacific concern over Chinese aggression plays into specific U.S. military preparedness. The Marine Corps is exploring island hopping from strategic base to strategic base in the advent of such a conflict. However, unlike the Pacific campaign of World War II, such a fight would have a much higher focus on air offensives, anti-air capabilities and other aerial operations. Specific training campaigns like the July 12 SINKEX are meant to help drill crews on targeting and coordination with live ammunition, in the advent of a large-scale Pacific Ocean conflict.

But such a conflict is still hypothetical. The important message to the public from RIMPAC is pretty clear: They can sink your battleship.