"Clearly, it took a long time for this to happen." 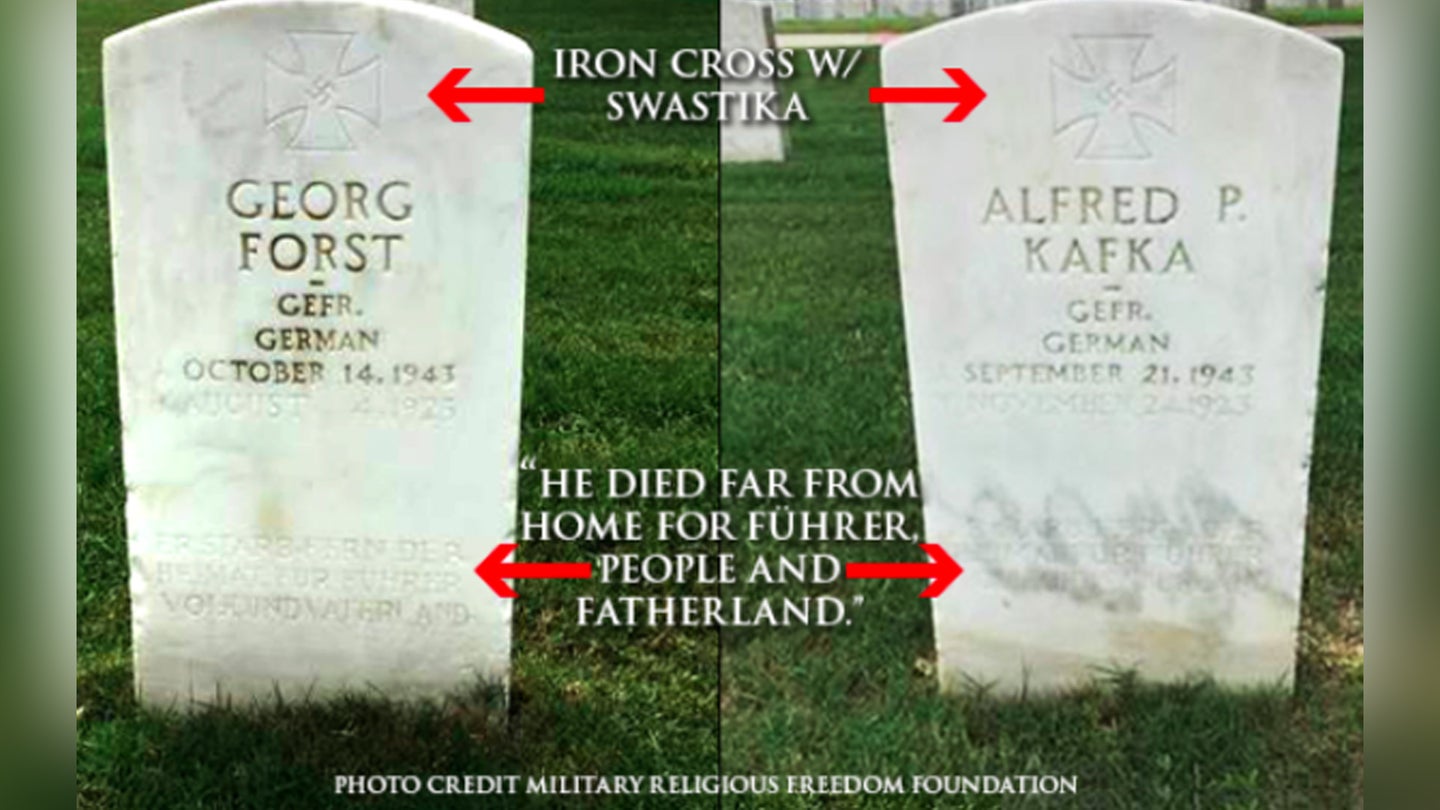 Two headstones which displayed Nazi swastikas have been removed from the Fort Sam Houston National Cemetery, putting an end to a months-long controversy.

San Antonio Express-News reporter Sig Christenson first reported that the two headstones — which marked the graves of two Nazi prisoners of war, Alfred P. Kafka and George Forst — were removed on Wednesday morning and replaced. It’s unclear if a third marker bearing the Nazi swastika, in the Fort Douglas Post Cemetery in Salt Lake City, Utah, has also been removed.

In May this year, calls from the Military Religious Freedom Foundation for the headstones to be removed were denied by the Department of Veterans Affairs, who maintained that the markers were protected by the National Historic Preservation Act of 1966.

Typically, headstones for foreign troops “list only names and dates of death,” Military Times reported in May, but the two in question also included a swastika engraved in the center and a German inscription that said, “He died far from his home for the Führer, people and fatherland.”

A retired senior officer told Military Times that he sometimes visits the grave of his Jewish grandfather at the Fort Sam Houston cemetery and was “appalled” by the headstones.

“This is the hallowed ground of people who gave their life for this country,” the man told Military Times. “To be buried next to people they fought displaying that symbol of hate is disgusting.”

In June, the VA reversed its course, announcing that the department would begin the process to replace the three headstones in Texas and Utah.

“Americans must always remember the horror of the Nazi regime and why so many Americans sacrificed so much to free the world from its reign of terror,” VA Secretary Robert Wilkie said in the June press release. “It is understandably upsetting to our Veterans and their families to see Nazi inscriptions near those who gave their lives for this nation. That’s why VA will initiate the process required to replace these POW headstones.”

Rep. Joaquin Castro (D-Texas) said he was glad the headstones were replaced and called it “jarring to think that symbols of the Third Reich and the Nazi regime would stand in an American military cemetery,” according to the AP.

Michael L. “Mikey” Weinstein, the founder and president of the Military Religious Freedom Foundation, told the San Antonio Express-News that the headstones were not “merely an eyesore,” but an “assault on everything that is decent and moral and ethical.”

“Clearly, it took a long time for this to happen,” he said. “And it’s obviously the right thing to have been done.”