"The Vietnam War was horrible. War is awful. People suffer. It's part of our history. But it also is the past." 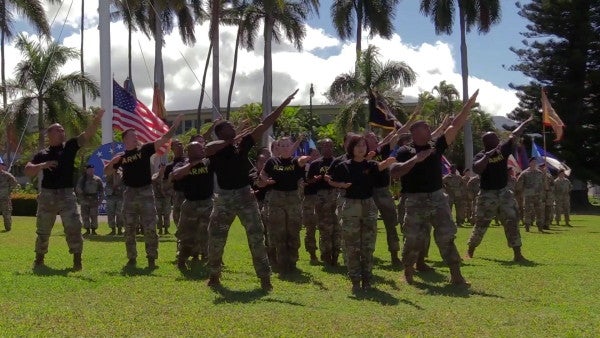 Hattie met Deane in 1964 when both were freshman at University of Georgia. He dropped out at the end of the school year. “School wasn't for him,” Hattie said. Deane had other plans, aspiring to be the best salesman in the family's wholesale home-accessory business in Atlanta.

“He did not say that he did the shooting and I did not ask that, specifically, but I am reasonably sure that he did,” Hattie said.

No apologies were offered for Deane's death. “That was war and it is past. We are friends now,” the other man said through the translator.

After Deane's death, Hattie said, she “felt so incomplete, so unfinished. Deane and I had been married only a year and a half. We had just begun to lay a foundation for a life together, for a home and a family. And not even the foundation was complete. I wanted more time.”

It's been a very good life. “My world has expanded far beyond anything I could ever have dreamed,” Hattie said.

In many respects, Hattie and Jim say, their January trip was more emotional for Jim than Hattie. “For me all these years, Vietnam was frozen in time as a war-torn, dirt-poor country,” said Jim, an Air Force pilot in Vietnam from 1970 to 1973. “It was pretty emotional for me to see the transformation.”

During the trip, he asked numerous Vietnamese how the war affected their families. Hearing about one war widow's struggles, he burst into sobs. “I didn't realize how much baggage I was carrying around” as a result of the war, he said.

“What we didn't expect was to find the man who remembered it in detail because he was the one who shot the crew and burned the helicopter,” Hattie said. “And there I stood with him on the spot where all that took place 50 years ago to the day.”

She was feeling “neither grief nor sorrow and certainly not anger,” she wrote.

What she did feel was gratitude. Grateful for the two Viet Cong soldiers “who put the past in the past and helped those who once were the enemy to have a moment of special remembrance,” she wrote. Grateful to Jim for arranging the trip, “truly a labor of love.” Grateful for all the blessings in her life.

“I was able to be in the place where Deane spent his last hours and pay tribute to him,” she said. “The Vietnam War was horrible. War is awful. People suffer. It's part of our history. But it also is the past.”