Just when you thought the A-10 couldn't get any more badass. 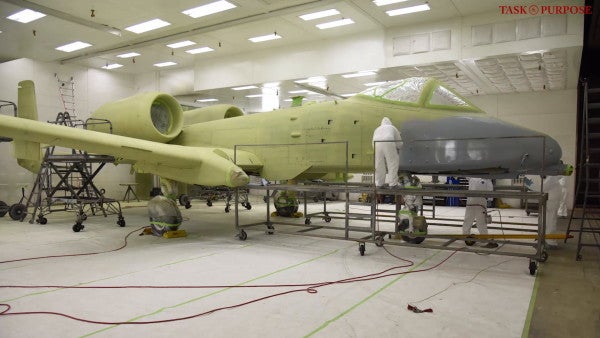 Just when you thought the A-10 couldn't get any more badass, the Air Force has opened up the paint buckets.

The paint job was the work of the Air Force's A-10 Demonstration Team, based out of Davis Monthan Air Force Base in Arizona, and was inspired by the storied P-51 Mustang of World War II – a fighter-bomber that was the U.S. military's answer to Axis fighters and ground forces alike.

The A-10 has an avid following across the military, and it's no surprise: The Warthog is a close air support death machine designed for a single purpose — to obliterate any, and everything, on the ground – which probably makes it the most beloved aircraft among ground troops. That and it looks like the fever dream of a rip-it and nicotine-fueled aeronautical engineer who decided to slap some wings on a giant cannon — the GAU-8 Avenger — and call it a day.

Seeing as the A-10 is probably the only U.S. military aircraft that still dive bombs the ever loving hell out of its targets, it's only fitting that it looks the part.

The only thing that'd make this better is if the entire A-10 fleet got the same new – or should we say, vintage – look.

Check out the photos below.