Nothing is cheaper than the Reaper 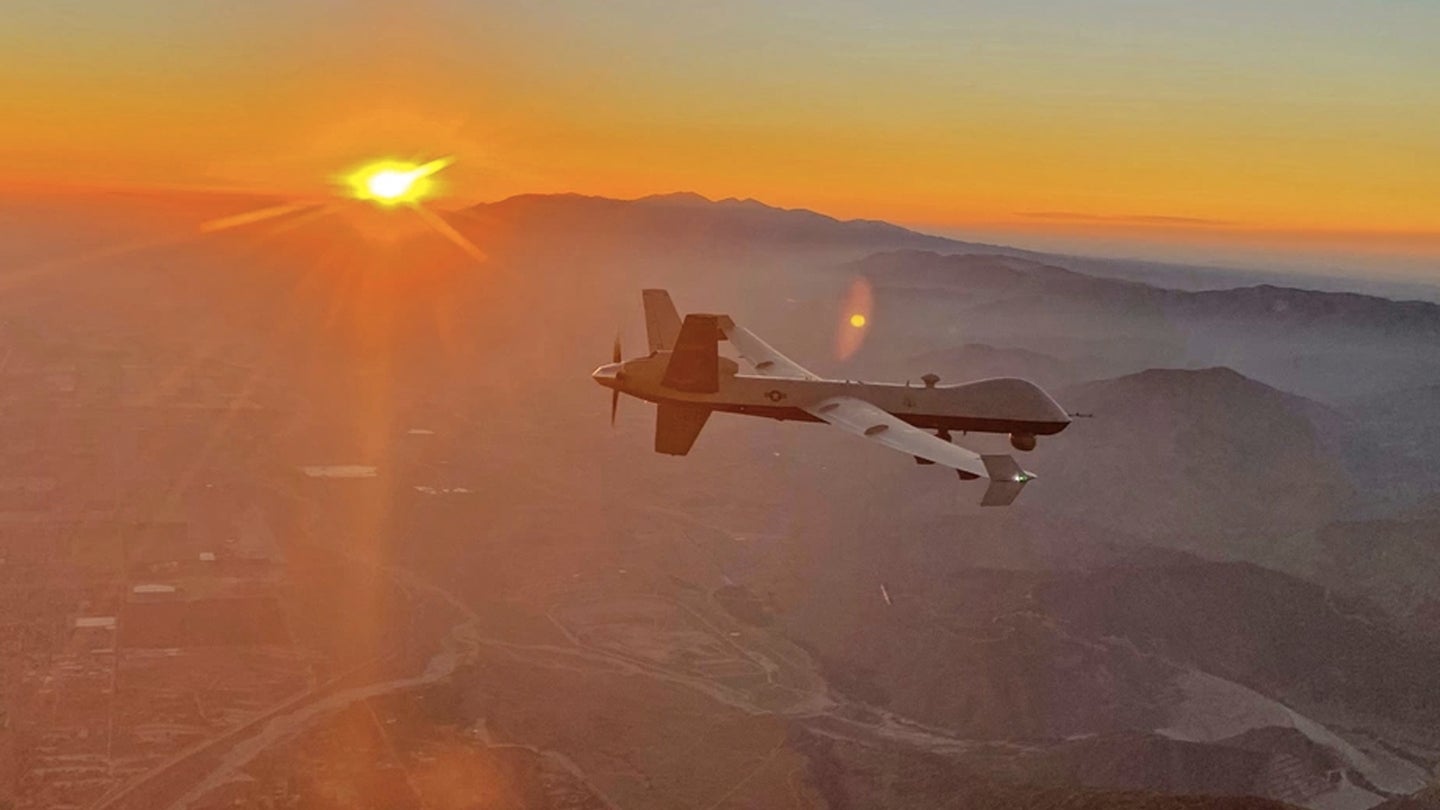 “We believe we have a genuine requirement for them … it gives us visibility and intelligence gathering capabilities that we might not otherwise have,” said Marine Corps Gen. Kenneth McKenzie, the commander of U.S. Central Command, which oversees military operations in the Middle East and Central Asia, when he spoke before the House Armed Services Committee in March 2020.

McKenzie was not talking about the advanced F-35 fighter, the deadly AH-64 attack helicopter, or even the legendary A-10 attack plane. He was talking about the humble MQ-9 Reaper drone, which can stay airborne for long periods of time while collecting intelligence and firing missiles. Yet the Air Force wants to retire the aircraft by 2035, since the slow-moving drone cannot survive in a hot war against Russia or China, the branch argues, and the Air Force wants to spend its shrinking budget on more survivable aircraft.

A group of air power experts called on the service to reconsider its decision last week. Not only is the Reaper vital to protecting U.S. interests in simmering conflict zones like those under Central Command and Africa Command, they argued, but it can also be adapted to new and important roles against Russia or China for a bargain-basement price.

“The Reaper can be used in many new ways to include wide-area surveillance, air and missile defense, maritime and littoral operations, Arctic domain awareness, cruise missile defense of the homeland, and even defense support of civil authorities,” wrote retired Air Force Maj. Gen. Lawrence Stutzriem in a paper for the Mitchell Institute for Aerospace Studies that was published last week.

“Considering these mission sets and the affordability of adapting the weapon system, the MQ-9 is one of the Air Force’s most relevant aircraft,” he added. “The Reaper must be reimagined, not prematurely retired.”

“To me, it does not make sense to be retiring the MQ-9,” said Todd Harrison, director of the Aerospace Security Project at the Center for Strategic & International Studies, during a roundtable hosted by CSIS on Friday. “There are lots of other platforms that I would retire before this if push came to shove.”

Harrison’s reason? Nothing is cheaper than the Reaper. In terms of cost-per-flying-hour and cost-per-effect, it is the cheapest aircraft in the Air Force arsenal, he said, and it also has the highest mission-capable rates, which stands out in a military where only three out of 46 types of manned aircraft met their readiness goals for most of the past nine years. Even more surprising is that the MQ-9 is so ready despite flying more missions than any other military aircraft, Harrison said.

“There is insatiable demand for the types of data that are coming from these aircraft,” Harrison said. “That is only going to continue to increase in the future, so the Air Force has got to be asking itself: how is it going to meet that demand?”

The other part of that question is: how does the Air Force meet that demand with a budget that keeps getting smaller? If you ask the Air Force, the answer seems to be you don’t.

“The Reaper’s been a great platform for us and has certainly saved many lives,” said Dr. Will Roper, then-assistant secretary of the Air Force for acquisition, technology and logistics, when he explained the decision to stop buying new MQ-9s to the House Armed Services Committee in March 2020. “But as we look to a high end fight we just can’t take them into the battlefield. They’re easily shot down.”

It’s true, Reapers may not survive in the skies over Beijing or Moscow. But experts warn that the U.S. military will face “grey zone” threats before then, such as countering Chinese or Russian incursions into allied airspace, harassment of shipping in international waters, and unconventional warfare, Stutzriem wrote. And that sort of threat takes eyes in the sky to detect and fight against.

“In an era of renewed great power competition, one of the most significant challenges the United States and its allies face is the need to deny China or Russia the ability to launch opportunistic acts of aggression against an ally or partner in the Western Pacific or Eastern Europe,” wrote Thomas Mahnken, Travis Sharp and Grace Kim in a 2020 paper about countering grey zone aggression for the Center for Strategic and Budgetary Assessments.

Stutzriem and U.S. combatant commanders seem to agree. Gen. McKenzie and Army Gen. Stephen Townsend, the head of U.S. Africa Command, are “among those who are most concerned with how a shrinking Reaper force will diminish their ability to prevent insurgents and terrorists from expanding their influence across multiple regions,” Stutzriem wrote. “Bluntly stated, there will not be enough Reapers to support their still surging operational requirements.”

In other words, no matter what the Air Force says, U.S. ground commanders still need the Reaper, and the Air Force does not have a concrete replacement lined up to take its place, Stutzriem wrote.

But even if “grey zone” aggression goes hot, the MQ-9 could carry more than its weight in gold. With their long inflight dwell times, the drones could be used to detect and provide U.S. ground troops with early warning of incoming missiles, and they could even serve as the first line of defense for intercepting those threats, Stutzriem wrote. In fact, the Reaper proved it could do that in 2020 when it used a Sidewinder missile to shoot down a target drone simulating a cruise missile, according to The War Zone.

Other uses for the Reaper, Stutzriem wrote, include:

Other drones may be able to execute similar missions, but it’s unlikely the cash-strapped Air Force will find the money to develop and purchase a replacement for the Reaper in the foreseeable future, Stutzriem said. Plus, he argued that the Air Force already has a community of airmen with two decades of experience flying the Reaper who can adapt to new missions.

“Considering the Air Force must modernize nearly every one of its other capability portfolios, the lack of budget headroom alone could see Reapers retired without a replacement,” he said. “For much lower cost and less risk, the Air Force could modify its Reapers so they can perform a broader array of missions in permissive and less permissive threat environments.”

“Because it is a multi-mission platform … it can start to offload the workload from some of these more expensive, exquisite platforms,” like the F-35, F-15EX fighter, and upcoming B-21 stealth bomber, he said. “If you want to look to retire platforms in the Air Force inventory, I can give you a list of things to start looking at, and this is not on that list.”