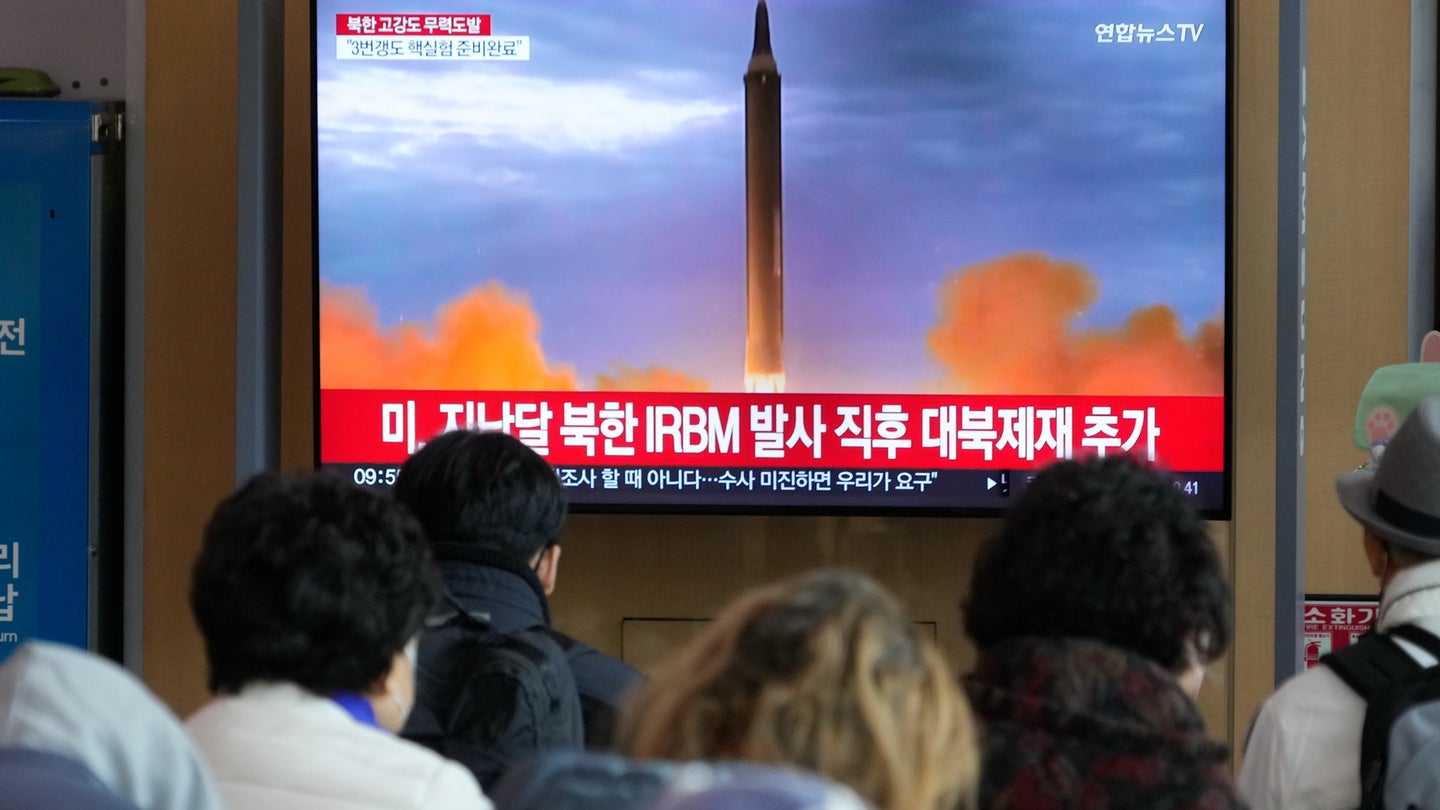 The dozens of missiles North Korea fired last week were just practice to “mercilessly” attack U.S. and South Korean air bases, the North Korean military said on Monday according to the Associated Press.

CNN reported that North Korea fired more than 80 missiles over a three-day span last week, which the regime said was in response to “open provocation” of joint U.S.-South Korea military drills.

The joint U.S. and South Korean air force exercise, “Vigilant Storm,” wrapped up on Saturday — a day later than expected because of North Korea’s tests, the AP reported. The exercise was the “largest-ever” of the annual drills, according to the AP, and “involved 240 warplanes including advanced F-35 fighter jets from both countries.” The drills ended on Saturday with a B-1B bomber flyover over South Korea, which hasn’t happened since 2017, in a show of force against North Korea.

The military drills “are a clear answer of (North Korea) that the more persistently the enemies’ provocative military moves continue, the more thoroughly and mercilessly the [Korean People’s Army] will counter them,” a statement from the General Staff of North Korea’s military said, according to the AP.

North Korea’s tests included ballistic missiles to “launch strikes on enemy air bases,” ground-to-air missiles to “‘annihilate’ enemy aircraft,” and “strategic cruise missiles that fell in international waters” off of South Korea’s southeastern coast, the AP reported. But the information released on Monday made little mention of a reported intercontinental ballistic missile that North Korea attempted and failed to launch on Thursday, according to CNN.

The missile reached a top speed of Mach 15, which was not fast enough to reach “atmospheric space and travel far using its inertia,” Park Won-Gon, a professor of North Korean Studies, told CNN.

But the AP reported that experts believe other missiles launched by North Korea last week were “short-range nuclear-capable weapons that place key military targets in South Korea, including U.S. military bases there, within striking range.”

While a statement from the U.S. Indo-Pacific Command said the missile tests did not “pose an immediate threat to U.S. personnel or territory, or to our allies,” the tests were being portrayed in South Korea as a significant escalation, Bruce Bennett, a defense researcher with the RAND Corporation, told Task & Purpose last week.

“If this was purposeful by Kim, he was experimenting to see what he could get away with,” Bennett said, referring to the leader of the Democratic People’s Republic of Korea, Kim Jong Un. “The South Korean response was: Not going to get away with this. If it was a purposeful action by him, the interesting question will be: So, what does he do next? Does he just let it drop or does he then choose to escalate himself and we see then some kind of pattern of escalation that develops.”

U.S. Defense Secretary Lloyd Austin met last week with the Republic of Korea Minister of National Defense, Lee Jong-sup. Austin said during a news conference on Thursday that the alliance between the U.S. and South Korea is “ironclad” and the U.S. “remains fully committed to the defense of the ROK.”

“Secretary Austin and I affirmed that any nuclear attack by the DPRK, including the use of tactical nuclear weapons, is unacceptable and [will] result in the end of Kim Jong-un regime by the overwhelming and decisive response of the alliance,” Jong-sup said on Thursday. “This is a strong warning against the DPRK.”