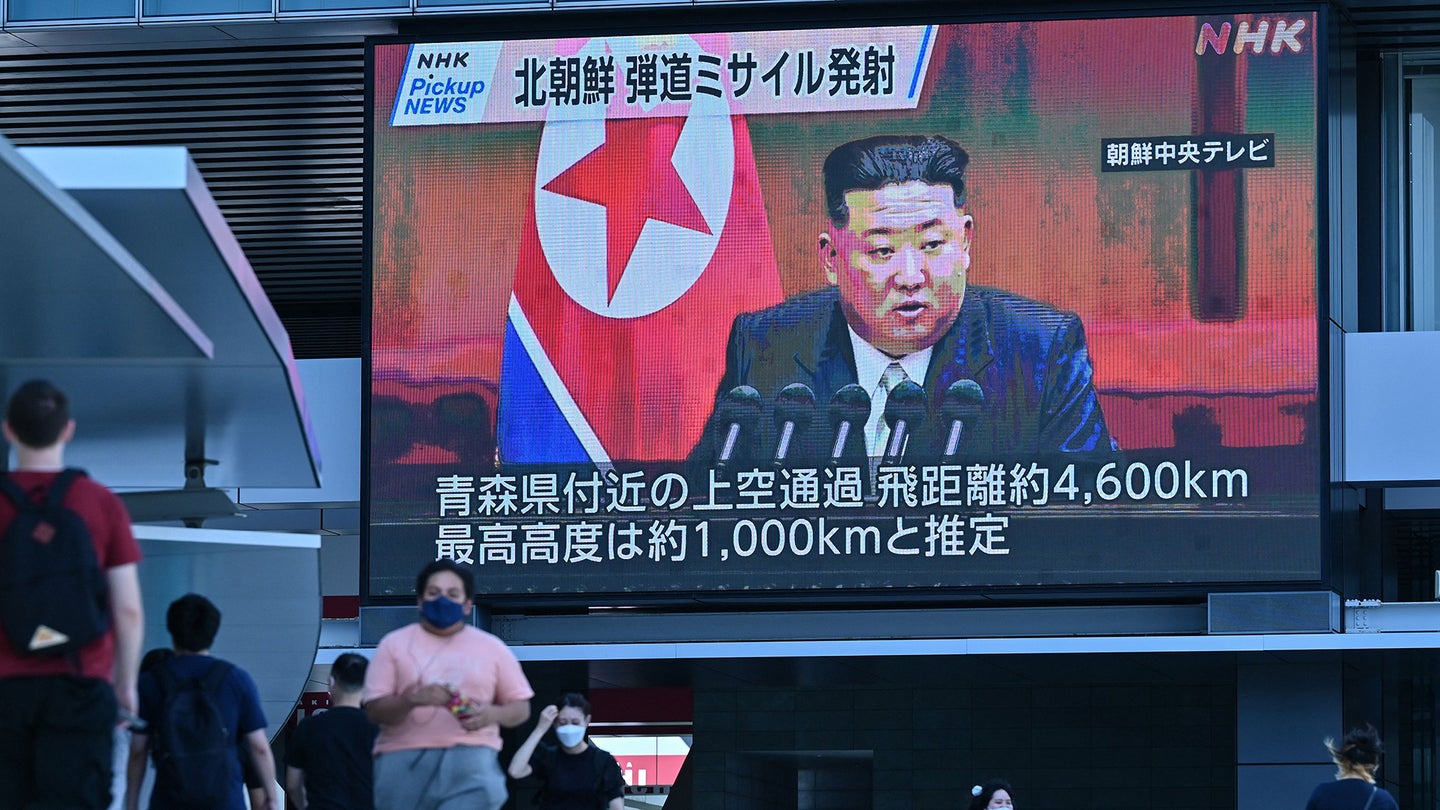 North Korea has fired a ballistic missile into South Korean waters for the first time since the peninsula was divided following World War II, increasing the chances of a miscalculation on either side of the 38th Parallel that could lead to a new Korean War.

While it is possible that the missile may have flown off course, it is more likely that the communist nation was warning South Korea not to challenge North Korean leader Kim Jong Un and his regime, said Ian Williams, an expert on missile defense with the Center for Strategic and International Studies think tank in Washington, D.C.

“The political message here I think is: By crossing that maritime border, they are definitely sending a signal of who this is for,” said Williams, who noted that unlike past tests, none of the missiles that North Korea fired on Wednesday were aimed in the direction of Japan.

North Korea reportedly fired a total of 23 missiles on Wednesday. The fact North Korea fired so many missiles indicates that it also wanted to demonstrate to both South Korea and the United States that its long-range missiles can cause a lot of damage very quickly, Williams told Task & Purpose.

“If you did have a war on the Korean peninsula, they have a lot of firepower that they can put down there, and then you have the ICBMs [Intercontinental Ballistic Missiles]and IRBMs [Intermediate-Range Ballistic Missiles] to – hopefully, from their perspective – deter the United States from entering the conflict – and if they did, to be able to put enough firepower down to at least delay the entry of large amounts of U.S. forces into the theater,” Williams said.

Williams noted that North Korean missile exercises such as these come in cycles. During the 1990s, the North Koreans would use such exercises to gain concessions from the West. Now, it appears they have more of a deterrent value by signaling to the United States and South Korea, “Don’t try to take down the Kim regime because you’ll suffer some bad things,” he said.

U.S. Indo-Pacific Command has issued a statement condemning the North Korean missile launches and saying that officials from the command are “consulting closely with our allies and partners.”

“While we have assessed that this event does not pose an immediate threat to U.S. personnel or territory, or to our allies, the missile launches highlight the DPRK’s [the Democratic People’s Republic of Korea’s] reckless behavior and the destabilizing impact of its unlawful WMD and ballistic missile programs,” the statement says. “The U.S. commitments to the defense of the Republic of Korea and Japan remain ironclad.”

Former President Donald Trump canceled large-scale exercises between the two militaries as part of his failed efforts to entice the North Korean regime to abandon its nuclear weapons and ballistic missile programs.

Although it is not certain whether North Korea intended to fire a missile across the maritime boundary, South Korean media are portraying the incident as a major escalation, said Bruce Bennett, a defense researcher with the RAND Corporation.

“The South was basically trying to tell the North: You can’t get away with doing this; if you do it, we are going to respond in a like manner,” Bennett said. “Having done that, this is an escalation, potentially, by both sides.”

Currently, the situation has not become significantly more dangerous for the roughly 28,500 U.S. troops serving on the Korean peninsula because no one on either side has been hurt and all the missiles fired so far have landed in the ocean, Bennett said.

“If this was purposeful by Kim, he was experimenting to see what he could get away with,” Bennett said. “The South Korean response was: Not going to get away with this. If it was a purposeful action by him, the interesting question will be: So, what does he do next? Does he just let it drop or does he then choose to escalate himself and we see then some kind of pattern of escalation that develops.”