Contradicting reports are emerging out of Lebanon and Serbia after two AGM-114 Hellfire missiles were found on a passenger flight,... 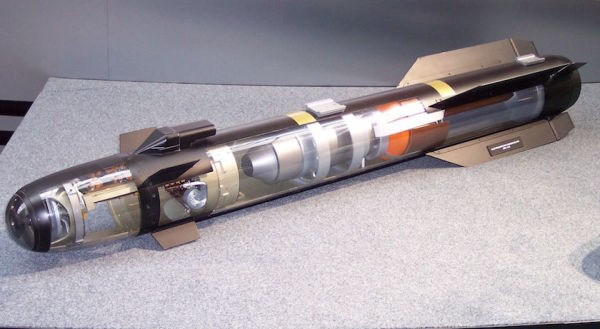 Contradicting reports are emerging out of Lebanon and Serbia after two AGM-114 Hellfire missiles were found on a passenger flight, CBS News reports.

The armored-piercing missiles were discovered by a bomb-sniffing dog on March 12 during a layover in Belgrade, Serbia, The Associated Press reports. According to local media, the Air Serbian flight originated in Beirut and the final destination for the package was listed in documents as Portland, Oregon.

Serbian media has also reported that the missiles were armed with explosive warheads. However, according to CBS News, the Lebanese army said it had used the missiles for training and claimed they were not armed.

Lebanese army officials also said the missiles, which can be fired from sea, ground, or air platforms and are typically used to destroy sizable targets like buildings and vehicles, were being returned to the American company that manufactured them. The army also claimed the return was in accordance with “administrative and legal measures after the training ended.”

In its report, the AP explained that the AGM-114 model is manufactured by Lockheed Martin, Boeing and Northrop Grumman, and that each one costs about $110,000.

The FBI told CBS affiliate KOIN-TV that they are currently investigating the reports. Meanwhile, Scott Winegar, the director of Homeland Security Education at Concordia University, told KOIN the investigation must begin with the Department of Defense.

The Lebanese armed forces has long served as a key U.S. ally in the ongoing fight against terrorist organizations in the Middle East. According to a fact sheet posted on the White House website, the United States provided over $100 million “to assist the LAF in building its counterterrorism capabilities” between 2006 and 2013.