The U.S. military offers incomparable benefits to those who choose to serve — paid health insurance and housing, job security,... 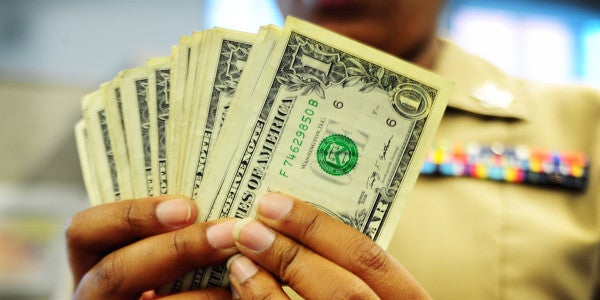 The U.S. military offers incomparable benefits to those who choose to serve — paid health insurance and housing, job security, and tuition assistance to name a few — however, when it comes to financial planning, service members are left largely in the dark.

On May 15 the House of Representatives passed a bill mandating financial literacy training to all service members, a much-needed step toward preparing them for fiscal success. The proposal is part of the National Defense Authorization Act for Fiscal Year 2016.

The initiative would provide $400 million over five years, starting in 2016, for improved financial literacy training for troops and closely mirrors recommendations from the Military Compensation and Retirement Modernization Commission. The changes aimed at increasing the strength and frequency of financial education are especially important because service members will have to make some substantial financial decisions if the commission's recommendations related to significantly overhauling the military's retirement and health care systems go forward.

As noted in recent reporting, the new plan would require defense officials to include questions related to the financial literacy and preparedness of troops in the Defense Department's annual status-of-forces survey. Service officials would then use that information to evaluate and update the financial literacy training — an important measure to ensure the training is effective.

Additionally, lawmakers added health insurance, budget management, Thrift Savings Plan, and Survivor Benefit Plan into the definition of financial services to be addressed in the training, which are all key aspects of service members’ financial considerations.

The Senate made changes to the bill and sent it back to the House on June 18, so it still must be passed by the Senate to be signed into law, but it marks a concrete effort toward addressing a significant issue.

Currently the military provides only general financial advice, out of concern that unscrupulous financial advisors would steer young, inexperienced service members into inappropriate investments. This is a fair concern, but the reality is that both the need and the desire are present for more training. A 2013 survey compiled by Blue Star Families’ Department of Research and Policy found that only 12% of service members and their families said they received financial education through military training. However, 90% said they wanted more preventative financial education.

While this marks a promising proposal with real potential for improving the financial knowledge and preparedness of service members, it’s imperative to also note the direct impetus for this legislation: high suicide rates tied to financial struggle (see page 5). The sad reality is that many service members have felt so overwhelmed by their financial reality that they see ending their lives as the only escape. This groundbreaking proposal is geared to help reduce the rate of military suicide.

A Financial Planning investigation found that financial stress as a top precipitating factor to military suicide that’s been largely overlooked ever since the military suicide rate began to exceed comparable civilian rates more than a decade ago. Though we certainly can’t expect that this is the only answer to preventing suicide, it is an important way to recognize the needs of our troops.

It’s worth a review of the Military Compensation and Retirement Modernization Commission proposal (see page 46) for insight on how the new legislation and accompanying resources could help service members mitigate financial strain. It’s especially noteworthy in that it identifies an additional benefit of the training as retention. DoD estimates that enhanced financial literacy training would reduce the number of service members involuntarily separated due to financial problems. Not only does this bode well for retaining personnel, but it also is projects a savings of $13 million to $137 million annually. Financial literacy is essential not just for the individual service member, but also for the entire Defense Department.

An important aspect of the proposed program is the recognition of the link between financial health and the overall readiness of the military. Training and education at the earliest stages would go a long way in helping to prepare service members for success and, most importantly, prevent the kind of hardship that leads them to contemplate taking their own lives.