“This action may not be appealed," a Pentagon spokeswoman said. 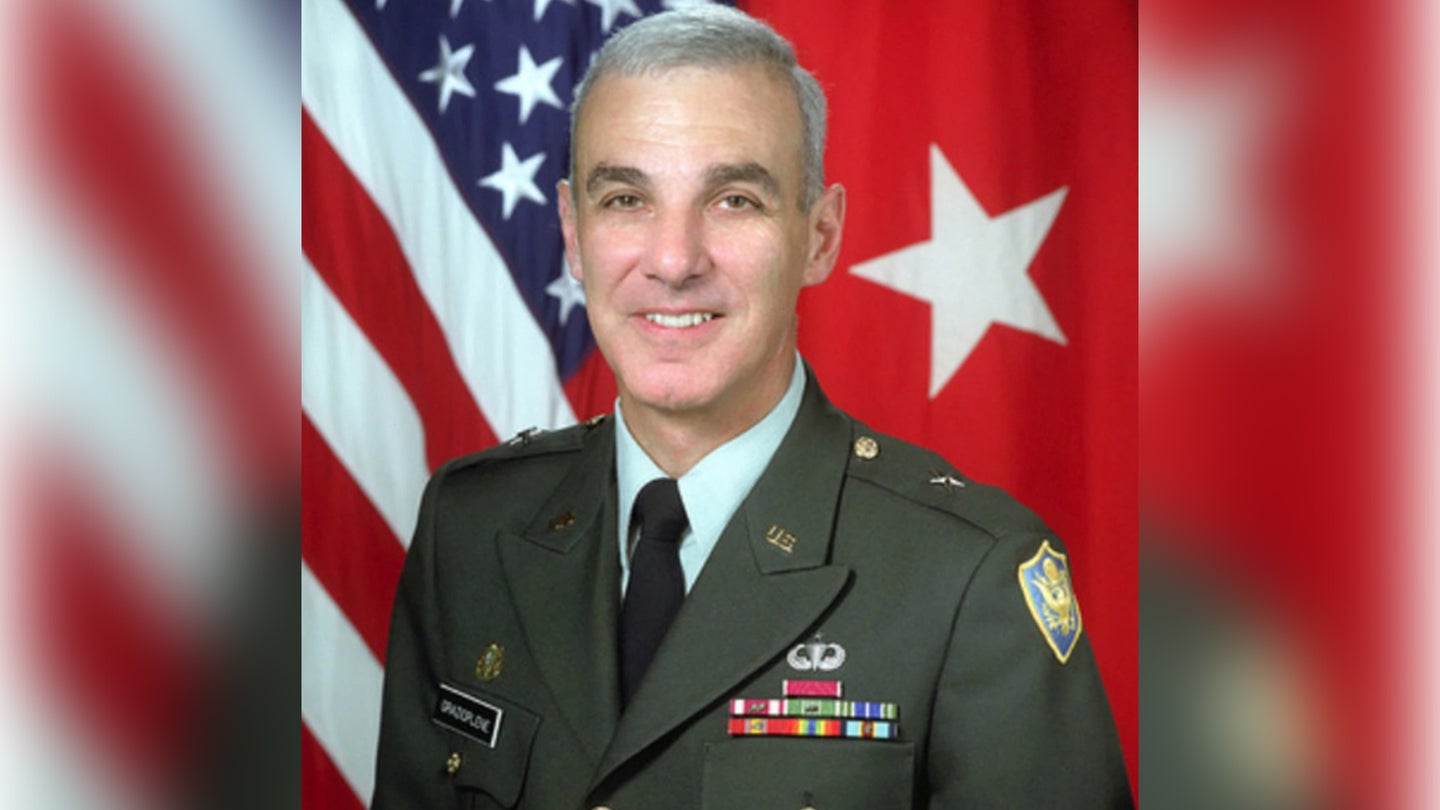 Almost a year after pleading guilty to repeatedly sexually abusing his daughter decades prior, retired Army Maj. Gen. James Grazioplene was demoted to second lieutenant by the Secretary of Defense in May.

Grazioplene, 71, pled guilty last July to aggravated sexual battery of his daughter, Jennifer Elmore. He was indicted in 2018 on multiple counts of rape in Virginia. Task & Purpose’s policy is to not name survivors of sexual assault, but is doing so in this case as Elmore has spoken to the media about her experience on several occasions.

Lisa Lawrence, a Pentagon spokeswoman, confirmed that Defense Secretary Lloyd Austin demoted Grazioplene, who retired honorably in 2005, to second lieutenant “after determining that second lieutenant was the highest grade in which he served on active duty satisfactorily.”

“This action may not be appealed,” Lawrence said. “Second Lieutenant Grazioplene will maintain any benefits or privileges authorized for retired officers in the grade of second lieutenant.”

Those who retire from active duty are still subject to the Uniform Code of Military Justice. The Supreme Court upheld that precedent in 2019 when it declined to hear the case of a retired Marine who was court-martialed for a sexual assault that happened three months after he left the service.

Elmore reported the abuse to the Army in 2015, she told the Washington Post, and while the Army opened an investigation, the case was later dismissed because of the time that had passed since the abuse occurred. The Army focused on abuse that occurred between 1983 to 1989, leading to six charges of rape and incest, according to Army Times. But civilian authorities in Virginia, which does not have a statute of limitations on rape charges, focused specifically on abuse during the years 1988 and 1989 while Elmore was a junior in high school, the Post reported.

Elmore told the Post her memories of abuse go back to when she was just 3 years old, and continued over the next 15 years as her family moved around following Grazioplene’s Army career.

Grazioplene repeatedly denied the abuse ever occurred, telling the Post the charges “are false and incorrect.” But his sister recalled confronting him over the abuse after Elmore told her what had happened.

“He said it was the worst thing he could have ever done to anybody, and that it was not happening still,” Grazioplene’s sister, Elizabeth Powley, told the Post. “To this day, I will die not knowing why my brother did this.”

In return for pleading guilty to the abuse last year, Grazioplene received 20 years of probation. Elmore, who answered questions from the prosecutor on the day of his guilty plea, told CNN at the time that the day was “a win,” but she was still “extraordinarily sad.”

“He stripped me of my dignity, my innocence, my value, my childhood and my voice,” Elmore said in her victim impact statement, according to CNN.

“All of the things that a father is supposed to protect at the expense of his own life,” she said. “I will spend a lifetime putting back the shattered pieces you left behind.”