One of the greatest character traits military service instills in us as veterans is integrity. That undying notion that honesty,... 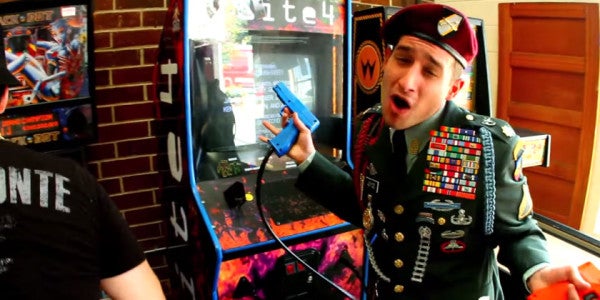 One of the greatest character traits military service instills in us as veterans is integrity. That undying notion that honesty, even if brutal and hurtful, is better than allowing others to wander an aimless path of unsatisfactory appearance or behavior. We wouldn’t dare think of letting our fellow soldier, shipmate, or devil dog be even slightly incorrect or “jacked up.” A core value that has been literally beaten into us, resulting in our inadvertent desire to be accountable and tattle on ourselves before someone else can throw us under the bus for something we did wrong. We’re quick to point out the errors in others’ ways to prevent them from looking like a world-class shitbag for the rest of the command, base, or world to see.

Another trait embedded deep within our souls is the undying passion we have to show our pride in our service and the great accomplishment that is leaving the military on honorable terms. That passion burns so hot that we will go to great lengths to out and rectify even the slightest embellishment of service, from service members who didn’t see combat wearing Combat Action ribbons or Combat Infantry badges, to the civilians who make ridiculously poor attempts at putting together uniforms while claiming they stand among the 7% of living Americans who actually served our nation. I’m talking about stolen valor. Between several pages across the internet dedicated to finding and publicly shaming imposters, and continuously surfacing videos of veterans taking matters into their own hands, it’s becoming more and more apparent that we’re on a witch hunt, and our desire for a fight is taking over our common sense.

There are between three and four stolen valor videos uploaded daily, some of them gaining shares and exposure through various social media influencers, including Task & Purpose. This kind of exposure for catching valor thieves seems to be fueling veterans to seek out imposters so they can be the next Sherlock Holmes of vigilante video justice, berating, harassing, and assaulting fakers. While some are keeping things calm and approaching the situation with tact, many videos are escalating to the top of the aggression meter, and it’s beginning to backfire in the worst kind of way.

Articles are popping up with accounts of actual veterans are being harassed, even physically attacked and hospitalized for allegations of stolen valor. Just last weekend, a Sacramento Marine veteran ended up with a broken leg after being attacked in a bar parking lot by an active-duty airman who wrongly accused him of having a fake military ID.

These are people who survived the same boot camp as you or I — stomped on the same sand, mud, grinders, or flight decks. Our actual, tried and true, brothers in arms. We’ve hit a tipping point where our human nature to attract attention to ourselves has led us to inflict harm on our own family.

At some point, it’s time to ask if we’re taking things too far, is there an acceptable line that we shouldn’t cross? Is risking your freedoms for acts of aggression, which could result in criminal charges on your behalf, worth the effort of permanently setting a poser straight? I can assure you that as long as women find men in uniform attractive, and our country is free from martial law, there will be people who want the attention that active-duty service members receive when wearing the uniforms we earned. As long as there’s anything to gain from pretending to be in the service, someone will play the system. Still lies the problem that we’re taking it too far and actually hurting, maybe even permanently disabling, individuals who did serve their country honorably.

I’m not saying we need to stop expressing our discontent with individuals who impersonate us, but it should end there. There are people and groups who are dedicated to validating service records, and shedding light on the people who lie about having served, or embellish their records for personal or professional gain. Videos of bar fights of veterans defending the uniform only give the public and politicians more ammunition to justify their accusations of how unstable they perceive the veteran community to be. Remember when your drill instructor taught you that perception is reality? It still applies. If you can approach the situation with tact and demonstrate professionalism, go ahead, confront the impersonator, report that person to authorities, just keep those efforts hands free. The last thing any of us need is another reason for a company to find veterans un-hirable aside from our combat-oriented military careers that easily give off the “capable of great violence” message. You have more to lose from going weapons hot on a civilian than that person does for pretending to have served. Do these individuals really fit the criteria for an “enemy, foreign or domestic”?

Take a step back from a hot situation. Make strategic decisions and remember that the momentary pain or temporary hospital recovery an imposter may experience isn’t worth the repercussions that could go with legal action against you. Legal action against them, however, can have a lasting impression, between media coverage in their community, and the response to that exposure for years to follow, they’ll be reminded of constantly.

Inform those who are dedicated to validating facts about individual service about these people so they can conduct a legitimate service record freedom of information request. Above all else, make good choices, secure your future by going about that kind of confrontation the right way, and save the aggression for the moments that require it, rather than wasting it on people who are seeking attention.