The 6 Types Of Contractors You Encounter Overseas

Every so often when you’re sitting in the chow hall overseas, you’ll gaze up from your plate of Noodles Jefferson... 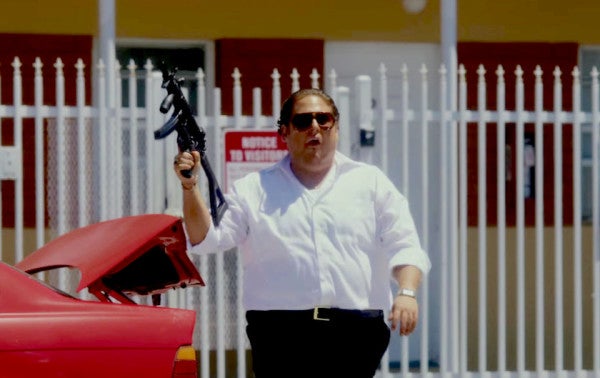 Every so often when you’re sitting in the chow hall overseas, you’ll gaze up from your plate of Noodles Jefferson and take note of your surroundings. Depending on theater and tempo, the crowd ranges from monotone to “Star Wars” bar scene. Uniforms from different branches and different countries worn in different ways; government employees and contractors abound.

Despite what your mom told you, you can make some pretty good guesses about a person by what they wear and how they carry themselves, at least in these parts. Your uniform or civilian attire is how you outwardly project your place in the pecking order, and this is a culture where status and tribal affiliation is particularly prized.

Defense contractors perform a wide variety of functions for our military overseas. It’s a common myth that they all make $300,000 doing the same thing they did as an E-5, but that’s usually not the case. The money can be had in certain specialties, but the majority of contractors maker much less, though it’s usually not taxed.

You might not know everyone on the list below, but you’ve definitely met more than a few of them.

Action Figures are perhaps the most glamorous contractors you’ll encounter in theater — they are the shooters, the operators, the guys that kill shit and protect important people. Back in the day, Blackwater was the most (in)famous employer of these guys. Most are veterans of the special operations community. They make great money and they do love that tactical look. These guys rocked beards way before it became a pencil-neck-hipster thing. Often spotted manning exotic weapons and riding in armored SUVs, these are the guys that take care of dignitaries, visiting leaders and other persons of note.

Posers are contractors who — because they are vets, and witnessed Action Figures when they were deployed on active duty — dress a certain way to imply an inaccurately high level of adventure. They typically sport beards, have badges tucked into shirts, but show a suspicious lack of sun exposure. They dwell primarily under fluorescents and probably works in some sort of technician role, “running them router cables” and fixing the general’s airmobile super-secret iPad.

The Professor On Safari

Salary: Hard to estimate, but probably astronomical to lure them out of retirement

This group may or may not have served in the military. It’s more than likely that they came from another government agency (FBI, state police, etc). These guys know how to wear a sidearm but they dress like models from an AARP ad. This is their first experience in a country not in the Caribbean or Western Europe and it’s obvious from their daily attire. They are not as numerous as the days when we were elbow-deep in “nation building,” but they can most likely be found near locations featuring a law enforcement training or mentoring program. The khaki vest with a shitload of pockets is a dead giveaway.

Stats: Both male and female, aged 35–70, typically with some prior service. Never married because they haven’t stayed in one place long enough to meet someone.

These men and women do whatever it takes to keep earning outside the United States. Usually prior NCOs and capable as hell — when they want to be. They’re as American as you or me but there’s something that keeps them living and working overseas for most of their adult life. Some maintain homes and families in the states, others own property in Costa Rica or Thailand or wherever. They have a self-satisfied look because they’re earning well and maintaining households in countries where they rank at the top one percent for wealth. These guys are the pros that provide continuity — many come and go when their tour is done, but these folks cultivate and maintain a professional network with the host nation and know how to make shit happen. They do every job imaginable, and often you don’t know what exactly they do at all. They might work in a port, for the embassy, or as a liaison for a foreign company that does frequent business with the military.

The Fast and the Furious, Universal Pictures.

This crew earned technical military occupational specialties while serving, and now they’re putting their skills to work on the outside. They can be found working in the hangars and back shops pretty much anywhere in the deployed universe. They’re reps from the companies that make our expensive and maintenance-intensive hardware like helicopters, tanks, communications platforms, drones, etc. They perform maintenance and fix what we break on a regular basis — the money is good enough to get them back overseas again and at least they don’t have to abide by the grooming standard or live in 50-person tents this time.

At home, these guys were truck drivers making $42,000 a year, away from home for five weeks at a time. For some, this is great; for others, there’s the ex-wife, alimony, child support, that sweet new Corvette Stingray — whatever. The point is that they need to make some more cash and they need it now. Why not take one of those high-paying overseas jobs Chuck at dispatch was talking about? These guys are less numerous with our smaller footprint overseas, but they are easy to spot when you see one. They’ve driven through hell and back, clutching the Diet-Dew-filled Bubba Keg with white knuckles. The pay is good, but: this… is … bullshit! Weaving BMWs are nothing compared to IEDs and objectively homicidal local drivers. They may or may not complete their contracts. The CB-radio siren song of the truck stop and its accompanying lot lizards is looking really great right about now.