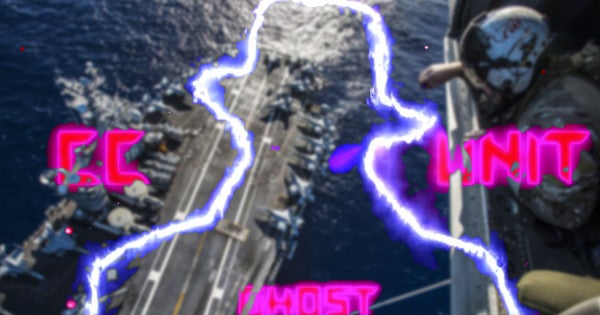 Investigators are looking into whether a sailor killed himself after an activist group posted a video of him online that purportedly showed him trying to solicit a minor, Task & Purpose has learned.

Task & Purpose is withholding the sailor's name while the investigation into his death is ongoing.

Navy Department officials declined to comment until the investigation is complete.

Based in San Diego, the private group CC_Unit – short for “Creep Catcher Unit” – uses decoy accounts to pose as children on dating apps and then makes videos confronting people who respond that they want to have sex with minors, said the group's founder, who goes by the alias “Ghost.”

“I've always been a big fan of Chris Hansen and 'To Catch a Predator,'” Ghost, who declined to give his real name, told Task & Purpose. “I always grew up with girls that have been victims of sexual abuse and abuse in general. Now that I'm a bit older – I'm 21 – I can actually make a difference, make a change.”

But CC_Unit does not coordinate these stings with law enforcement, so none of the people they “catch” are arrested on the scene, Ghost said.

However, some of the group's Instagram followers do reach out to the Naval Criminal Investigative Service and police about the people shown in his videos.

In the sailor's case, Ghost said he pretended to be a 14-year-old boy and then agreed to meet the sailor in a mall parking lot. Ghost sent Task & Purpose screenshots that purportedly showed texts with the sailor, who allegedly offered Doritos to lure the person who he thought was a minor into his car.

Ghost also provided a video which he says shows him walking up to the sailor in the mall parking lot. The sailor quickly drove away.

While Ghost acknowledges that the video may have been a factor in the sailor's death, he said he doesn't feel responsible for it.

“I feel like he definitely had other issues going on besides just the catch,” Ghost told Task & Purpose. “I've caught other military dudes and they didn't take their own lives.”

Of the more than 50 people whom CC_Unit has caught on video, five have been service members, including the sailor who died, said Ghost, who livestreams the encounters and then posts them online after editing them.

Ortiz was questioned on June 26 and released to his command as the NCIS investigation continues, according to I MEF. Charges have not been filed but he has been placed on legal hold.

Sears, with 1st Marine Logistics Group, is currently in pretrial confinement at the Camp Pendleton Brig after charges were preferred against him on May 1, a statement from 1 MEF said. He is expected to be court-martialed on charges of attempting to commit a sexual act upon a child and solicitation to produce and distribute child pornography.

The Navy was unable to verify whether a man featured in a video posted online on June 21 is a sailor. The man, who thought he was meeting a 13-year-old girl, claimed to be a Navy reservist stationed overseas.

Ghost said he is still editing the video of the fifth service member, which has not yet been posted online.

The incident with the sailor who may have killed himself shows the ethical and legal pitfalls that arise when private citizens play the role of police.

CC_Unit has two goals in livestreaming and posting videos of the encounters with people who think they are meeting children for sex: To scare the people who respond from seeking out minors again and to let the general public know about alleged pedophiles.

“Many of my followers know a lot of the people that I catch,” Ghost said. “A lot of the supporters, they say: 'Oh my God; this guy has been really creepy towards me in the past' …'This guy has tried to make moves on me in the past and I was a minor.'

“Ninety percent of these guys are going to repeat again but I feel like it will be better just for them to be exposed so people are aware and they can avoid this person in public if they see them.”

But these types of stings can actually make it harder for police and prosecutors to bring criminal charges against the people caught on video, said San Diego-based attorney Stefano Molea.

Private citizens may not follow the rules for preserving evidence and recording conversations that police use, and that could pose problems for investigators, said Molea, whose law firm handles sex crimes cases.

“On a public policy basis, I don't think that law enforcement agencies want to encourage vigilante justice,” he said. “They don't want to encourage private citizens to take the law in their own hands and to try to do criminal investigations. So, that's partly why a lot of these investigations that these vigilante groups do, where they have 'evidence,' doesn't end up with criminal charges every single time.”

It can also be very dangerous when civilians act as if they were police, he said.

“I think that if we set up a system where we encourage private citizens to investigate crimes and we empower them in that way, I think that's a slippery slope,” Molea said. “I think that creates a significant danger that people are going to go too far. People are going to take the law into their own hands – and then not just investigate, but also put themselves in a situation that could create violence and conflict.”

For his part, Ghost insists he is not a vigilante because his goal is to spread public awareness about pedophiles. He said he does not take the law in his own hands by hurting the people whom he confronts.

“What I do is: I strictly go there, videotape and it and then post it,” Ghost said. “I think of myself as an activist, not a vigilante.”

WATCH NEXT: Sen. Kirsten Gillibrand speaks about an increase in military sexual assaults