Death of airman in Texas under investigation

The cause of Tech. Sgt. Nicholas A. Vogler's death is under investigation. 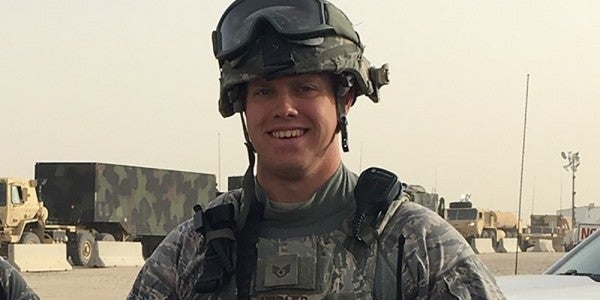 An airman has died at Joint Base San Antonio, Texas; and while Air Force officials are not publicly saying how he died, they do not believe he succumbed to the novel coronavirus (COVID-19), his unit announced.

Tech. Sgt. Nicholas A. Vogler died on March 29, according to the 914th Air Refueling Wing at the Niagara Falls Air Reserve Station in New York, where he was based.

No more information about how he died was immediately available.

Vogler was an assistant flight chief of the 914th Security Forces Squadron, the news release says. At the time of his death, he was halfway through a training course that would have allowed him to formally train other members of his squadron.

He deployed to Afghanistan in 2011 and then later to Kuwait in 2016, the news release says.

“This is incredibly difficult for the 914th Air Refueling Wing family as we mourn the death of one of one of our own,” Vogler’s wing commander Col. Mark Larson said in a statement. “Our deepest condolences to the family and friends of Tech. Sgt. Vogler.”