Our thoughts are with these soldiers' loved ones. 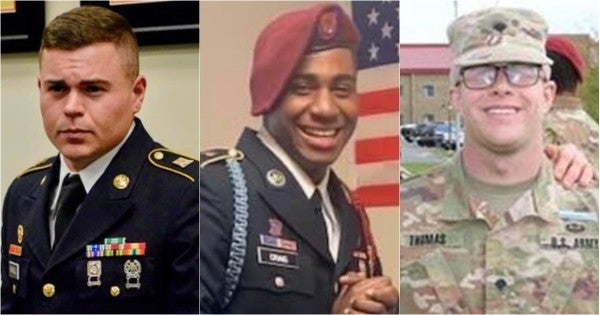 Three soldiers stationed at Joint Base Elmendorf-Richardson, Alaska, have been found dead in separate incidents over the last month.

Randall and Craig's deaths follow that of 23-year-old Spc. Jason Alexander Thomas, an infantryman with the 1st Squadron, 40th Cavalry Regiment who was found unresponsive in his barracks room at JBER on March 7.

Thomas was transported to the 673rd Medical Group hospital at JBER after he was discovered, but died hours later.

All three deaths are currently being investigated by Army Criminal Investigation Division, per Army Times. None of them appear related to the novel coronavirus (COVID-19).