The Active Denial System uses radio frequency waves "to create a brief intolerable heating sensation on the person's skin at tactically useful ranges," according to the Pentagon 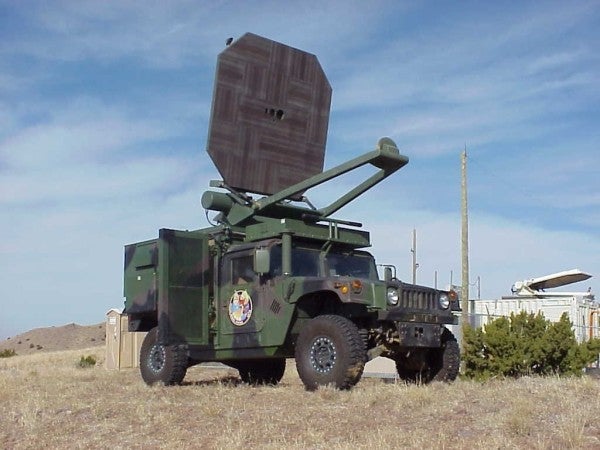 Federal officials sought to deploy a unique Defense Department-developed directed-energy weapon system to deal with protesters outside the White House on the same day that law enforcement forcibly cleared demonstrators from Washington Square, according to a whistleblower.

In written answers to questions from a House committee, D.C. National Guard Maj. Adam DeMarco claimed that the Provost Marshal of Joint Force Headquarters National Capital Region — the Pentagon's top military police officer for the Washington region — sent an email asking whether the unit had an Active Denial System that's known as a 'heat ray' for the intense burning sensation it elicits in human subjects.

The ADS uses radio frequency waves “to create a brief intolerable heating sensation on the person's skin at tactically useful ranges,” according to the Pentagon.

Deploying the ADS device “can provide our troops a capacity they currently do not have, the ability to reach out and engage potential adversaries at distances well beyond small arms range, and in a safe, effective, and nonlethal manner,” according to the email on which DeMarco was copied.

“The ADS can immediately compel an individual to cease threatening behavior or depart through application of a directed energy beam that provides a sensation of intense heat on the surface of the skin,” the email continued. “The effect is overwhelming, causing an immediate repel response by the targeted individual.”

The request for the ADS came just before noon on June 1, according to the Washington Post, just hours before federal law enforcement officers would forcibly clear protesters from Lafayette Square to make way for a photo op for President Donald Trump outside of nearby St. John's Church.

In his letter, DeMarco stated that he felt compelled to speak to lawmakers because he found the events that occurred at Lafayette Square that day “deeply disturbing,” according to the Washington Post.

“That anyone in the Department of Defense referred to American citizens exercising their First Amendment rights as ‘potential adversaries’ and even contemplated the use of an ADS on the streets of our nation’s capital is deeply disturbing and calls for further investigation,” his attorney, David Laufman, told the Washington Post.

This concern is understandable given the ADS's controversial history. In 2006, the Pentagon actually moved to block a deployment of the ADS to Iraq out of concerns for public perception of the weapon system, as Wired reported: “With memories of the Abu Ghraib prison scandal still fresh, the Pentagon is reluctant to give troops a space-age device that could be misconstrued as a torture machine.”

(The system was briefly deployed to Afghanistan in 2010 and quickly sent back to the United States without having ever fired a shot in anger.)

The Lafayette Square clearing wasn't the first time that members of the Trump administration had raised the possibility of deploying the ADS domestically. In August, the New York Times reported that U.S. border officials debated sending the system to the U.S.-Mexico border for use against migrants a few weeks before the 2018 midterm elections, among other unsavory deterrents.