A study found that the rate of sexual assault among men in the military could be 15 times greater than... 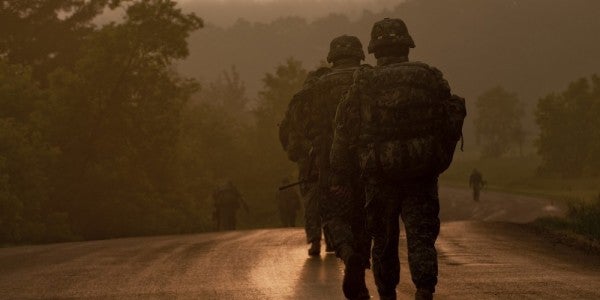 A study found that the rate of sexual assault among men in the military could be 15 times greater than originally believed. The study, which was published in a Nov. 4 special issue of the journal of Psychological Services, included two different surveys administered to a sample of 180 male combat veterans, reports Vocativ.

The first was through a traditional anonymous self report, which found that the rate of sexual assault among men in the military was 1.1%. The second survey was administered through an unmatched count technique, which offers complete anonymity to the subjects and found that 17.2% of men were victims of sexual assault.

Though there are limitations to the study — the sample sizes are small and researchers cannot verify the military status of respondents — researchers say the findings suggest past research into the issue “may substantially underestimate the true rate of this problem.”