Senior officers from all military branches have insisted that military commanders must have absolute authority over all crimes committed by... 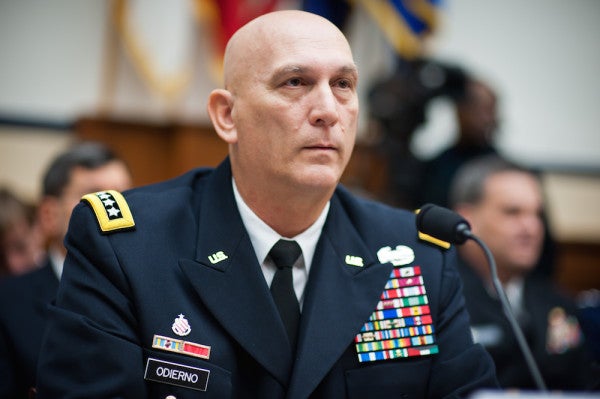 Senior officers from all military branches have insisted that military commanders must have absolute authority over all crimes committed by service members. This has come on the heels of legislative proposals, spearheaded by democratic Sen. Kirsten Gillibrand of New York, to strip military commanders of the power to prosecute crimes, most notably sexual assaults, as a result of the ever-increasing number of sexual assaults in the military. According to senior military officers, it is  absolutely necessary for military commanders to have authority to prosecute service members for all crimes that they commit. But, in practice, this is not the case.

Take the case of Army Staff Sgt. Joshua P. Eisenhauer. Eisenhauer deployed three times to Iraq and Afghanistan. In January 2012, Eisenhauer reacted to noises in on his roof. He retrieved his handgun from under his bed and fired into the night, believing insurgents were attacking his position. The ensuing firefight lasted for two hours. The noise on his roof came from firefighters responding to a fire. At the time of his alleged crimes, he was assigned to Fort Bragg’s Warrior Transition Battalion, an Army unit dedicated to caring for wounded soldiers and preparing them for civilian life. According to reports, Eisenhauer was diagnosed with severe post-traumatic stress disorder, and his family has said that he was addicted to prescription anti-anxiety medication.

No firefighter or police officers were injured during the firefight. Eisenhauer was, however, shot in the face, chest, and thigh. When he awoke from the resulting coma, his first response, according to his lawyer, was, “Who’s got the roof?” Eisenhauer believed the firefighters were insurgents attacking his position.

A soldier on active duty engaged in a firefight with local authorities would appear to be the exact type of case that should be handled by the Army. Eisenhauer should be tried at court martial by the Army. The Army members — military equivalent of jurors — are attuned to the lasting impacts of combat and are most able to take into consideration the honorable service of Eisenhauer when determining his guilt or innocence, and if necessary, his punishment. Eisenhauer’s lawyer, Todd Conormon, believed he had reached an agreement with the Army to take the case; even the state prosecutor confirmed that agreement had been reached. But that it not what happened.

In September 2014, the Army passed on prosecuting Eisenhauer’s case. No reason was provided by the Army. Evidently the Army was satisfied with having civilian authorities prosecute Eisenhauer.

Giving jurisdiction to civilian authorities stands in stark contrast to the testimony of the chief of staff for the Army, Gen. Raymond Odierno. During a hearing before the Senate Armed Services Committee in June 2013, Odierno testified that he believed, “maintaining the central role of the commander in our military justice system is absolutely critical.” Despite the testimony before the Senate by the most-senior officer in the Army, it appears that it was not critical for Eisenhauer’s commander to assert jurisdiction in this case.

If it is “absolutely critical” for military commanders to have jurisdiction over all crimes committed by soldiers, why was jurisdiction not asserted in the Eisenhauer case? Why did officials at Fort Bragg go back on their agreement to take Eisenhauer’s case, and instead, give the case to civilian authorities in Cumberland County, North Carolina?

This disconnect is not limited to the Army. During that same Senate Armed Services Committee hearing, then-Commandant of the Marine Corps Gen. James Amos, testified that “it is inconceivable to me that a Commanding Officer could not immediately — within applicable regulations — be able to hold Marines accountable for their criminal behavior.” Just prior to his testimony, it was the policy of Marine Corps Base Quantico to relinquish jurisdiction over criminal driving-while-intoxicated cases, even in the case of active-duty Marines, to the United States Attorney for the Eastern District of Virginia. This was the case until a federal judge ruled against the Marine Corps in March 2012.

Despite the testimony of Amos, it is clear that the Marine Corps was fully willing to relinquish authority over criminal conduct by Marines to civilian authorities.

Military commanders cannot have it both ways. Either military jurisdiction over criminal misconduct by service members is absolutely critical, or it is not. The actions of the services speak louder than the words of senior leaders. Clearly the services are satisfied with allowing civilian authorities to deal with criminal misconduct by service members. This should have been reflected in the testimony before the Senate.