Last week the Service Women’s Action Network, along with Vietnam Veterans of America and Yale’s Veterans Legal Services, filed a... 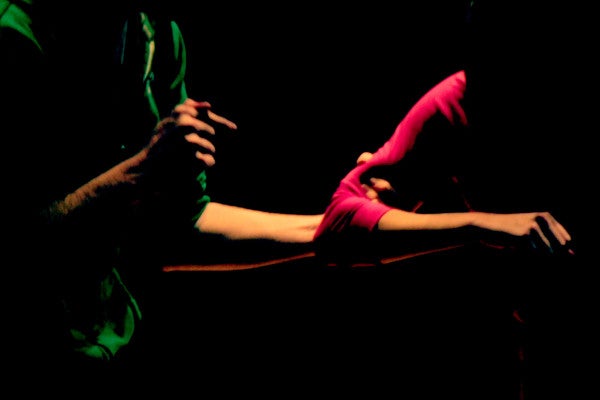 Last week the Service Women’s Action Network, along with Vietnam Veterans of America and Yale’s Veterans Legal Services, filed a lawsuit against the Department of Veterans Affairs, stating in a teleconference on Tuesday, July 27, that the VA has failed veterans once again. The group is asking the U.S. court of appeals in the federal circuit to overturn the VA’s denial of a rule-making petition filed earlier in the year that would have lessened the burden of proof for victims of military sexual trauma when applying for VA disability compensation.

In June 2013, SWAN and VVA filed a petition for rulemaking — a common regulatory procedure under the Administrative Procedure Act that allows the public to explain the need for a new policy — in order to have a transparent and candid conversation on current discriminatory regulations against victims of military sexual trauma. The VA denied their request, saying there is nothing wrong with the current policies.

Military sexual trauma, or MST, is the VA’s term used to describe a veteran’s long-term psychological struggle resulting from an in-service sexual assault or harassment. This trauma might not only manifest as post-traumatic stress disorder, but as major depressive and anxiety disorders as well. Discrimination against MST victims lies in the process of presenting evidence of their trauma for disability claim purposes. While veterans suffering from PTSD related to combat, POW status, or “fear of hostile/terrorist activity,” can offer lay testimony (their own account of what happened) as evidence, MST victims are not afforded this option. When it’s combat, the VA has lessened the burden of proof; when it’s rape, the victim must supply corroborating evidence.

Current policy in the VA does allow for what it calls “secondary markers” when processing an MST claim. However, there is no single definition of what a secondary marker actually is and the VA does not have to accept one as evidence. The result is a wide array of interpretation from one regional office to another on what to look for as evidence in these “particularized claims” as the VA refers to them. For instance, a secondary marker could be a behavioral change in the victim after the event or another medical or behavioral health appointment, but as MST goes largely unreported and many victims don’t speak of their assault to anyone, it is significantly harder for the veteran suffering from MST-related PTSD to supply evidence of their trauma.

According to Tom Berger from VVA, the “current discriminatory practice leaves thousands without health benefits.” SWAN stated that many of these veterans have debilitating disorders that affect their everyday lives and some are unable to keep a job and support themselves, leaving many MST victims homeless. Data released by the VA stated that between 2008 and 2012, 15,822 vets had claimed disability for PTSD related to MST, with 66.1% being women, suggesting a large male victim population as well.

The American Civil Liberties Union and SWAN, through rigorous lawsuits for the release of information, revealed that veterans filing for disability for PTSD-related combat were treated differently than those filing because of military sexual assault. According to the data, while the percentage of claims accepted by the VA for MST has gone up overall — most likely due to an increase in reporting — in 2012, the VA still granted disability for PTSD unrelated to MST at a much higher rate than for those claiming MST.

Sexual assault is a long-term and large-scale problem within our military that greatly affects its mission effectiveness and efficiency. But does there have to be such an issue with victims getting the medical assistance they need to support themselves? What is the difference between a combat PTSD diagnosis and an MST diagnosis? The enemy attacked one; a brother attacked the other. Many sexual assault victims are victimized twice, once by the actual trauma and again when seeking help. Many don’t bother coming forward. The VA can’t deny its policies are not discriminatory when it takes one veteran’s testimony and denies another. Now the VA will have to explain its discriminatory methods in court.