How The Military Failed This Victim Of Domestic Violence

Editor’s Note: This article has been modified from its original version, which was published at The Havok Journal, a Blackside... 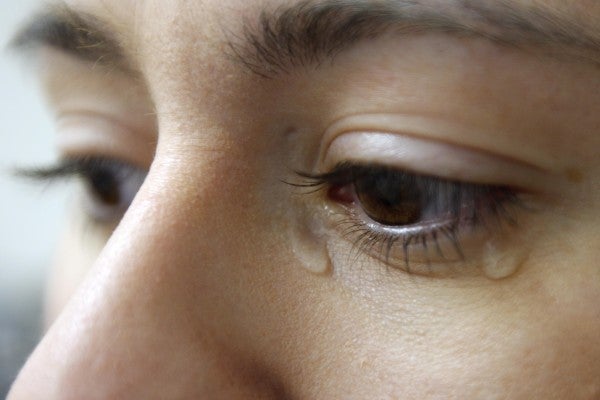 Editor’s Note: This article has been modified from its original version, which was published at The Havok Journal, a Blackside Concepts publication that focuses on current affairs. Valerie Gene Davis is a pseudonym.

The National Football League’s domestic violence scandal has faded from the media’s attention just in time for Domestic Violence Awareness month. And while one in four women and one in seven men have been the victim of severe physical violence by an intimate partner, less than 30% of America workplaces have a formal policy addressing such an issue, according to an NBC news report. The military, specifically, has made improvements to its domestic violence policies, but it remains an institution that has long history of looking the other way.

Throughout my military career, I saw a lot of violent behavior from soldiers and units alike and experienced first hand how some choose to handle the uncomfortable and serious issue of domestic violence.

I married a soldier early in my military career and felt as if I was on top of the world: I was working in a job I absolutely loved, serving my country, and thought I had snagged a gem of a man whom I truly adored. Prior to marriage, our change of station orders placed us in separate foreign countries, but we were ultimately stationed in the same location within a year’s time. The warning signs of an unhealthy relationship slowly made themselves known to me.

In transcontinental phone conversations, my husband periodically lashed out using unusually cruel words and empty accusations of infidelity. My forgiveness was often taken advantage of and equally used against me in tearful, marathon phone arguments. I forgave and denied the potential of a bigger problem at hand because I was so confident I was capable of fixing whatever ailed him and the relationship.

Within one week of my permanent change of station and arrival to the country my husband was stationed, he put me in the hospital.

That particular night we went out with his friends and enjoyed beers and cocktails, but on the way home he initiated a booze-fueled hellfire of verbal abuse and more accusations of infidelity. Once home and after many pleas for him to calm down, I found I was getting nowhere fast and my own anger prompted me to tell him I was leaving.

As I packed a bag and headed for the door, my husband intersected me holding a 12-inch chef’s knife at the ready. Between screams beseeching me to not leave, he grew angrier and mocked my fear as he smashed my cell phone and the landline phone against the wall while I darted and zigzagged around the house looking for a way out, only to find that all of my options had been locked or blocked by him.

He was much stronger and able to successfully pin me down, manically taunting the knife at my chest and throat while taking wild swings and ultimately fist blows at my face, head and arms. Thoroughly exhausted, he lifted himself off my shocked, lifeless body and said, “Okay, I give up,” and called his first sergeant.

Within hours, my first sergeant moved me out of my new home, the military and local police were called, commands informed, and I was admitted to the local military hospital for examination, sworn statements, and had wounds photographed as evidence.

A no-contact order was initiated by both commands and I felt safe and secure that the system and my command had my best interest at heart and plenty of evidence to ensure my husband would be met with justice. I filed for divorce as soon as I could and waited to exhale. But the much needed exhale never really came.

I waited and inquired on progress for months, expecting the deductions to come, expecting the commands to follow through on their promises and obligations to serve up justice. But, justice never came. Even my first-line supervisors were in the dark as to what was happening.

At the time, my husband served as the only enlisted member of his unit’s secretary of the general staff section, where a female first lieutenant was his first-line supervisor. My husband later admitted he and his first-line officer had a sexual relationship together months prior to my arrival.

Unknown to me at the time, his first-line first lieutenant and my command team met at the local military hospital to discuss the outcome of this domestic violence incident. Both parties agreed it best to sweep the issue under the rug. The lieutenant promised my husband would receive corrective training and my command said I would remain in my unique position because, as I was told, there was no one else available who could do the job as well and neither unit wanted to deal with a very “embarrassing mess.”

I worked for and was the poster child of a unit that publicly called for service members to stand up to domestic violence, and that if reported, the chain of command would respond appropriately. I felt cheated and humiliated.

My ex-husband never lost rank or position, remarried within two months of our divorce, and was able to reclass into my career field. He received a slap on the wrist for some unpaid bills in his name leftover from the home we once rented, but that was it.

My chain of command and command team failed me as a soldier and a human being.

According to the Department of Defense, one in three convicted offenders of domestic violence remain in the military. In those numbers alone, I can’t help but see a culture that actually wants to keep perpetrators around among its ranks, not unlike the NFL. This culture is perpetuated by individuals who downplay domestic violence and its prevalence in our society.

This month, think about the victims and children involved in instances of domestic abuse. The safety of the spouse and children is far more important than the livelihood and reputation of any organization and perpetrator.

While NFL Commissioner Roger Goodell promised in a press conference that new conduct policies will be in place by the Super Bowl, for some families, February may be too late.