How I Got Over My Aversion To Networking

In today’s economy, there are usually dozens of applicants for every good job opening. Companies cannot possibly interview all of... 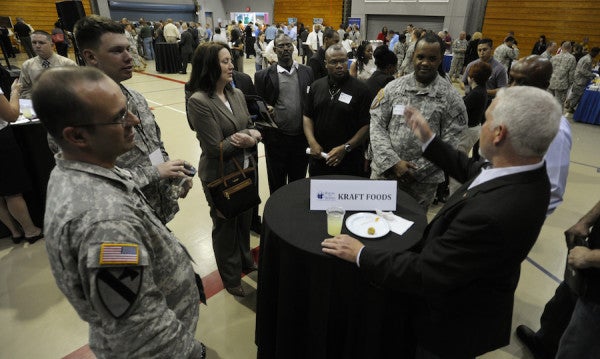 In today’s economy, there are usually dozens of applicants for every good job opening. Companies cannot possibly interview all of the qualified applicants and sometimes people slip through the cracks. I should know. I left the Army as a captain in 2010 with a full scholarship to Princeton University and a plan. I studied Persian and Pashto in graduate school so that I could return to Afghanistan and make a difference there as a civilian. It seemed so simple at the time, but the job market shattered my illusions when I graduated and couldn’t find work related to my experience.

In the seven months after I left Princeton, I received zero phone calls or interviews for the dozens of job applications I sent out for work in Afghanistan with organizations where I had no connections. At the time, I was confused by this lack of interest from employers. Looking back though, it makes much more sense. I had made no concerted effort to reach out to people in the right industries through my social and professional network, and so my resume was simply one of dozens that hiring managers received through their online job portals.

I began changing my approach almost by accident when I responded to an email forwarded to me by a professor. An acquaintance of his was searching for a candidate for an upcoming contract in Kabul, and I received a phone call almost as soon as I responded to her forwarded inquiry. I spoke with that potential employer several times over the next few weeks, and the main reason I never took that job was that a friend helped me to get another job in Kabul first. As it turned out, I had little trouble representing myself well in interviews once my rudimentary networking skills improved enough to put me in direct contact with people who could make hiring decisions.

Like everyone else, I had heard repeatedly about the importance of networking, but that was probably part of the problem. I had been to networking events before, and I knew about some of the etiquette involved. In other words, I assumed that what I was already doing counted as networking. Even worse, I associated some of the key skills that I hadn’t yet developed with schmoozers and brown-nosers. That was unfortunate, because in the two years since I graduated from Princeton, every job I have received was a result of networking in one way or another.

I’m far from a leading authority on networking, and I have had to step up my game in the past year. Learning to be better at connecting with interesting people in a short amount of time forced me to think carefully about what I most wanted to do with my career and how to explain myself clearly. This paid off when I returned from Afghanistan in May 2014. By August of this year, I received an amazing job offer from a great organization. It took me months of trial and error spread out over two years to reach a position where I could identify that opportunity, apply for it, and stand a chance of being accepted. This isn’t to say that resume writing and interview preparation are any less important than networking. However, good networking is one of the best ways to help improve your chances that hiring managers bother to actually read your resume and invite you in to show off those interviewing skills.