American-Born ISIS Member: Beheadings Are Basically The Same Thing They Do In Texas 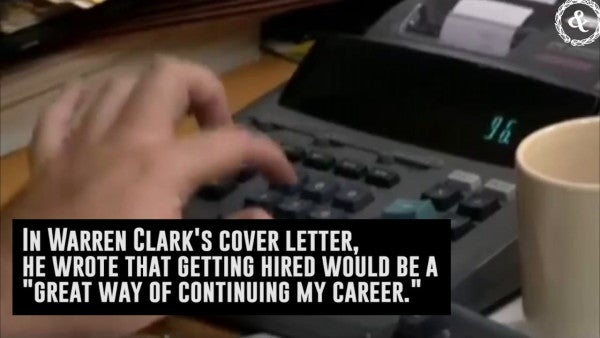 “I think, with the beheadings, okay that's execution,” Warren Christopher Clark told NBC News' Richard Engel during a recent interview in Syria. “I'm from the United States, from Texas. They like to execute people too. So I really don't see any different. Maybe they might do it off camera, but it's the same.”

Of course! A convicted criminal being injected with chemicals that slowly paralyze them until death is exactly the same as some masked dickhead sawing off the head of innocent journalists, aid workers, and random civilians.

Apparently, there's a whole lot more idiocy likely to come out of the 34-year-old's mouth, since NBC is promoting the full exclusive interview ahead of its Nightly News broadcast on Tuesday evening.

Clark, aka Abu Mohammad al-Ameriki, was among five foreigners the U.S.-backed Syrian Democratic Forces said it had nabbed as they were “trying to get out of the war zone” on Jan. 6. A document found in a house in Mosul, Iraq showed that Clark had sent a resume and cover letter to ISIS asking for a position “teaching English to students in the Islamic State,” according to report from the Program on Extremism at George Washington University published in Feb. 2018.

In his interview with Engel, Clark said he witnessed executions and crucifixions during the three years he was with ISIS, but was never a fighter — which seems what just about anyone potentially facing federal terrorism charges and lengthy prison time back in the United States would likely say.

SEE ALSO: You Definitely Shouldn't Hire This American Who Reportedly Sent In A Resume To ISIS