In the summer of 216 BC, during the Second Punic War, the Carthaginian military leader Hannibal, after his epic crossing... 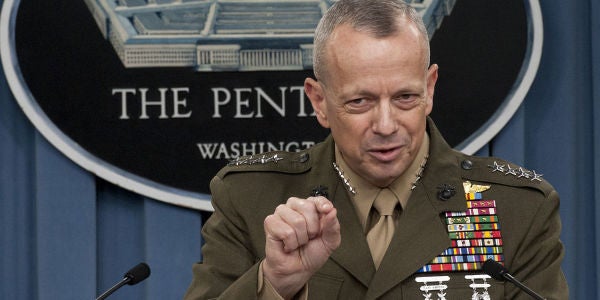 In the summer of 216 BC, during the Second Punic War, the Carthaginian military leader Hannibal, after his epic crossing of the Alps, led his numerically inferior army into a battle that would end with 50,000 Roman infantry killed. The Battle of Cannae effectively destroyed the Roman army as a fighting force. One of the major problems with the Roman army during the battle was the lack of a unified military command. When two consular armies joined forces, as was the case at Cannae, and fought as one unit, the consuls would exercise command on alternate days. This resulted in confusion about who was ultimately in command of the army.

The Romans learned this bloody lesson at Cannae and made the necessary change to ensure that there was no confusion about who was in command. By 202 BC, at the Battle of Zama, the Roman commander Scipio Africanus was the general-in-chief of the Roman armies in Africa. This unified command was one of the keys to Scipio Africanus defeating Hannibal, and has become a cornerstone principle of Western military doctrine.

Over two thousand years later, the United States has failed to recognize the importance of a unified military command. In September 2014, President Barack Obama appointed former Marine Gen. John Allen as special presidential envoy for the Global Coalition to Counter the Islamic State of Iraq and Syria. In this role Allen, as an appointee of the State Department, was charged with building and sustaining a coalition “in order to degrade and ultimately destroy” ISIS. The destruction of a military force is not a mission customarily assigned to an envoy from the State Department. The Department of Defense is the U.S. department equipped, trained, and purpose built to destroy enemy military forces.

“What is CENTCOM, chopped liver?” retired Marine Gen. Anthony Zinni said in an interview with the Tampa Tribune, in response to the appointment, in reference to U.S. Central Command, the unified combatant command responsible for the Middle East.

Allen’s appointment has not been greeted with enthusiasm by all. It is no wonder, as the military forces that are to be used to degrade and destroy ISIS already have a commander, Army Gen. Lloyd Austin, the CENTCOM’s combatant commander. Combatant commanders are organized and trained to serve as the vital link between those who determine national security policy and objectives, and the military forces who conduct military operations to achieve those objectives.

Austin has already taken the necessary steps to ensure the fight against ISIS is executed and coordinated by subordinate commands. In early 2013, even before ISIS was dominating international headlines, Austin established a dedicated presence in the region, CENTCOM Forward – Jordan. Once ISIS rose to prominence, and the international effort to defeat it became a named operation, CENTCOM established another subordinate command, Combined Joint Task Force – Operation Inherent Resolve, headed by a combat-experienced, Army three-star, Lt. Gen. James Terry. Both of these commands are clearly defined subordinate commands of CENTCOM. Thus, there is no question about the chain of command.

Statutorily, combatant commanders are “responsible to the President and to the Secretary of Defense for the performance of missions assigned to that command.” The chain of command runs from the president to the secretary of defense to the combatant commander. This would place Austin in charge of the mission to “degrade and destroy” ISIS, as ISIS is operating within CENTCOM’s area of responsibility.

Austin is ultimately responsible for accomplishing the mission. But his authority has been compromised by the addition of Allen, and his responsibility for overseeing the destruction of ISIS. According to recent reports,

Gen. Lloyd Austin … took a dim view of Allen's role. Austin complained to aides that Allen would report directly to the president — bypassing both himself and Gen. Martin Dempsey, the chairman of the Joint Chiefs of Staff. Austin believed that Allen's appointment would lead to confusion about who was really leading the effort, a senior U.S. officer who serves with Austin told me several days after the appointment.

There is an additional problem with the introduction of Allen into this situation, specifically that he was not confirmed by the Senate. In February 2013, Allen announced his decision to retire from the Marine Corps after a distinguished 38-year career.

After his retirement, Allen was appointed as the senior advisor to the secretary of defense on Middle East security, followed by his appointment to serve as special presidential envoy for the Global Coalition to Counter ISIS. Neither of these appointments required Senate confirmation. In contrast, Austin was confirmed by the Senate to serve as commander of U.S. Central Command.

The importance of unity of command for military success should be of paramount importance in the current mission to “degrade and destroy” ISIS. The new secretary of defense should seek to clarify the command relationship in the ongoing fight against ISIS and that the commander of CENTCOM is responsible for all actions in the fight against ISIS. To allow confusion regarding the command authority will only result in questionable command relationships and will not assist in mission accomplishment.