"Justice has been delivered." 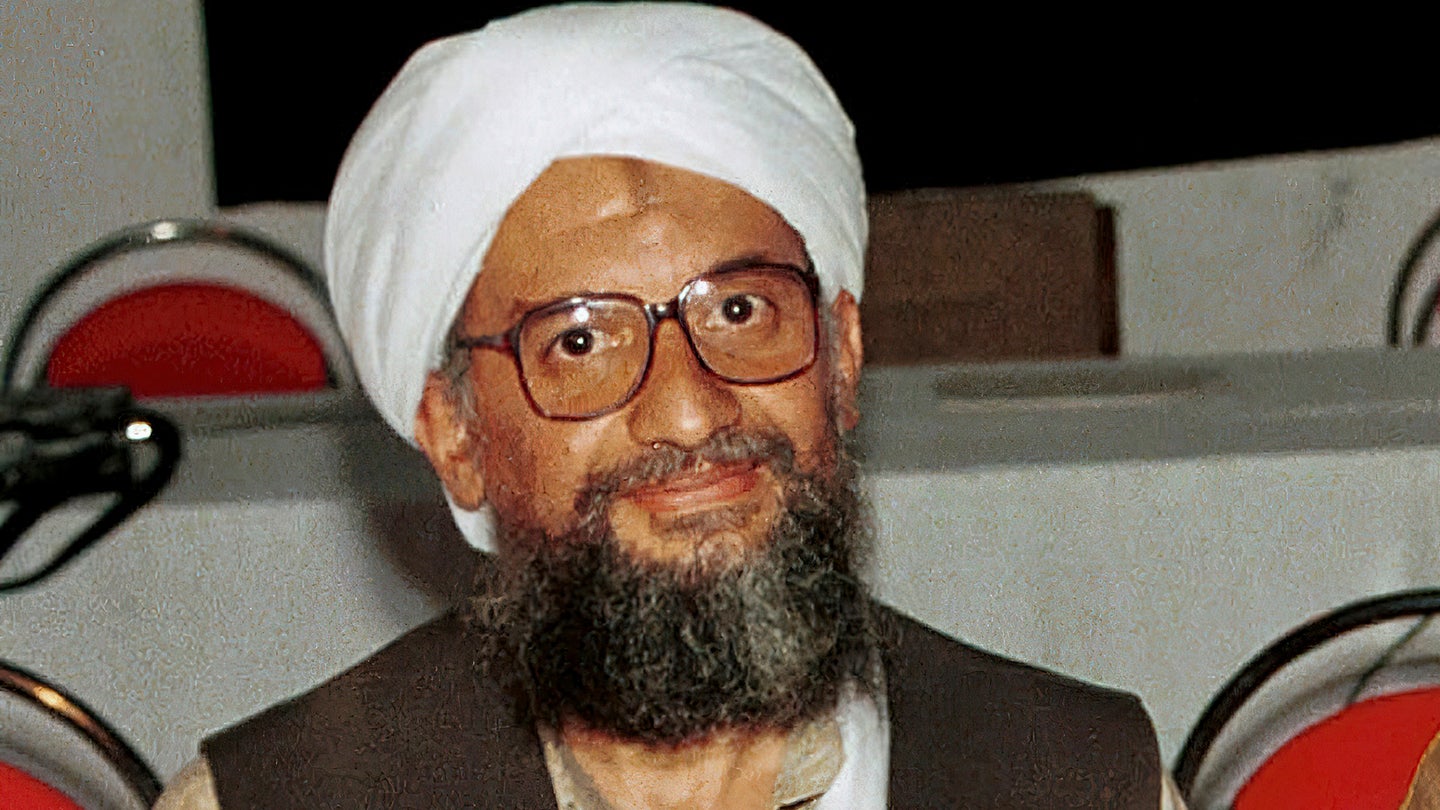 After mistakenly being declared dead several times in the past, Al Qaeda leader Ayman al-Zawahiri’s death has been officially announced – presumably for the final time – by President Joe Biden on Monday.

“Now justice has been delivered, and this terrorist leader is no more,” Biden said at the White House on Monday. “People around the world no longer need to fear the vicious and determined killer. The United States continues to demonstrate our resolve and our capacity to defend the American people against those who seek to do us harm. We make it clear again tonight that no matter how long it takes, no matter where you hide, if you are a threat to our people, the United States will find you and take you out.”

Al-Zawahiri was killed early on July 31 when a U.S. drone fired two Hellfire missiles at a safehouse in Kabul, where the terrorist leader had been staying with his family, a senior administration official told reporters on Monday.

The official claimed that al-Zawahiri was the only person killed in the strike and that none of his family members were injured. However, the U.S. officials had to explain last year how a drone strike in Kabul which was supposed to target an ISIS bombmaker had actually killed 10 civilians by mistake.

Senior members of the Taliban government and Haqqani Network were aware of al-Zawahiri’s presence in Kabul before the drone strike, said the senior administration official, who spoke on condition of anonymity under White House rules. In fact, Haqqani Network members attempted to conceal that al-Zawahiri had been staying at the safehouse in the hours after he was killed.

No U.S. troops were on the ground in Kabul for the operation, the senior administration official said.

“Al-Zawahiri’s death deals a significant blow to Al Qaeda and will degrade the group’s ability to operate, including against the U.S. homeland,” the senior administration official said.

Al-Zawahiri has served as Al Qaeda’s top leader since Navy SEALs killed the terrorist group’s founder Osama bin Laden on May 1, 2011 in Pakistan, said Bill Roggio, a senior fellow with the Foundation for Defense of Democracies think tank in Washington, D.C.

Roggio told Task & Purpose that he was not surprised to learn that al- Zawahiri had been killed in Afghanistan following the withdrawal of all U.S. troops from the country last year on the heels of the Taliban’s victory.

Al-Zawahiri’s likely successor is Saif al-Adel, an Egyptian man wanted by the FBI in connection with Al Qaeda’s 1998 bombings of U.S. embassies in Kenya and Tanzania, Roggio said.

Roggio also said that while al-Zawahiri was Al Qaeda’s top leader, his death is not likely to deal a significant blow the terrorist group, which has been able to replace key leaders in the past, including bin Laden.

“They still have a deep bench despite the targeted killing of their leadership,” Roggio said. “Keep in mind: Their leadership doesn’t retire. They don’t get voted out of office. They either die of old age or die of military or counterterrorism operations. I don’t think they expected [al-Zawahiri] to live forever.”

“I just don’t think it’s going to be a massive impact,” Roggio continued. “It’s always sold as such. These groups – they have other leaders. It’s a blow to Al Qaeda, but they’ll be replaced.”