The United States successfully targeted and killed the leader of Al Qaeda in the Arabian Peninsula in airstrike in late January, the White House confirmed on Thursday 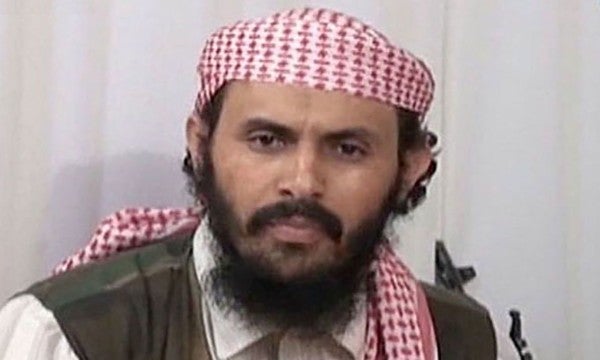 The United States successfully targeted and killed the leader of Al Qaeda in the Arabian Peninsula with an airstrike in late January, the White House confirmed Thursday.

Qassim al-Rimi, the 41-year-old head of what the Associated Press once called Al Qaeda's “most lethal branch,” was “successfully eliminated” in a recent counterterrorism operation in Yemen, the White House said in a statement.

Al-Rimi had been rumored killed in a U.S. airstrike since the Wall Street Journal first reported news of the strike on Jan. 31.

The New York Times reported that the U.S. had targeted Al-Rimi “after months of tracking him by using aerial surveillance and other intelligence.”

“Under Rimi, AQAP committed unconscionable violence against civilians in Yemen and sought to conduct and inspire numerous attacks against the United States and our forces,” the White House said in a statement.

“His death further degrades AQAP and the global [Al Qaeda] movement, and it brings us closer to eliminating the threats these groups pose to national security.”

The New York Times reported on Jan. 31 that U.S. officials were confident that Qasim al-Rimi had been killed in an airstrike in Yemen, but defense and intelligence officials have not said a word publicly on the matter.

As recent as Monday, Pentagon spokesman Jonathan Hoffman repeatedly declined to answer questions about the strike.

Shortly after Trump assumed office, a Navy SEAL was killed on Jan. 29, 2017 during a raid targeting al-Rimi in Yemen. Senior Chief Petty Officer William “Ryan” Owens was the first U.S. service member to die in combat during the Trump administration. Three other SEALs were wounded.

Even more service members were wounded when a Marine Corps MV-22B Osprey crashed. The aircraft was damaged so badly that it was destroyed by an airstrike so that it would not fall into the hands of terrorists.

Owens' widow Carryn attended Trump's Feb. 28, 2017 speech to Congress, when the president described her husband as “a warrior and a hero,” who died as he lived: battling terrorists.

“Ryan laid down his life for his friends, for his country and for our freedom,” Trump said during the 2017 speech. “We will never forget him.”