AFRICOM claims that the al-Shabaab leader they killed in an airstrike last month was likely Bashir Mohamed Mahamoud, who may have played a role in the deadly Manda Bay attack. 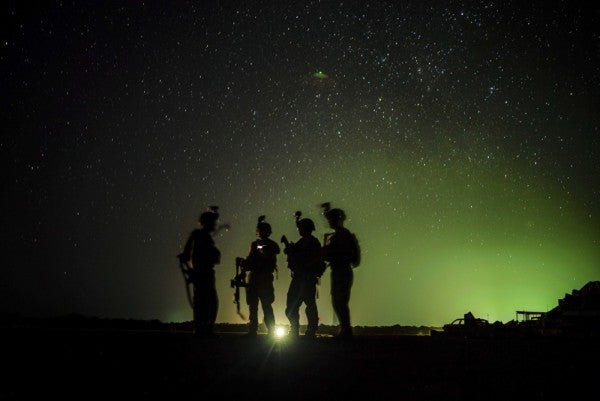 U.S. military forces in Africa say that the al-Shabaab leader they killed in an airstrike last month was likely Bashir Mohamed Mahamoud, a senior operational leader who’d been a key player in the terrorist group for more than a decade.

Also known as Bashir Qoorgaab, Mahamoud was suspected to have helped plan and direct multiple terror attacks in Somalia an Kenya, including one on a U.S. base in Kenya that killed one U.S. soldier and two American defense contractors in January, said Air Force Col. Christopher Karns, director of public affairs for U.S. Africa Command.

“Bashir Mohamed Mahamoud was a senior operational leader responsible for exporting terror in Somalia as well as attacks into Kenya,” wrote Karns in an email to Task & Purpose on Sunday. “Removal of threats, like this terrorist, make Africans and Americans safer as Al-Shabaab has expressed an intent to cause harm to both.”

The airstrike, which AFRICOM also believes killed Mahamoud’s wife, occurred near Saakow, Somalia, about 320 kilometers west of Mogadishu, on Feb. 22. AFRICOM described Mahamoud’s wife as “a witting and active member of al-Shabaab responsible for facilitating a wide range of terrorist activities,” in a press release at the time.

Al-Shabaab is “the largest and most kinetically active al-Qaeda network in the world,” AFRICOM said in that release.

The airstrike also offered some vengeance for AFRICOM after al-Shabaab’s deadly attack on the U.S. military base in Manda Bay, Kenya on January 5.

During the attack, al-Shabaab fighters slipped through the base’s perimeter, shot down a surveillance plane piloted by contractors Dustin Harrison and Bruce Triplett, then killed Army Spc. Henry Mayfield Jr. with small-arms fire while he was acting as an air traffic controller.

The attack prompted a sweeping security review at African bases hosting U.S. troops. Army Gen. Stephen Townsend, the leader of AFRICOM, said in February that the command had taken steps to “harden” its operating location, though he did not provide specifics at the time.