U.S. troops were outside of Somalia at the time. 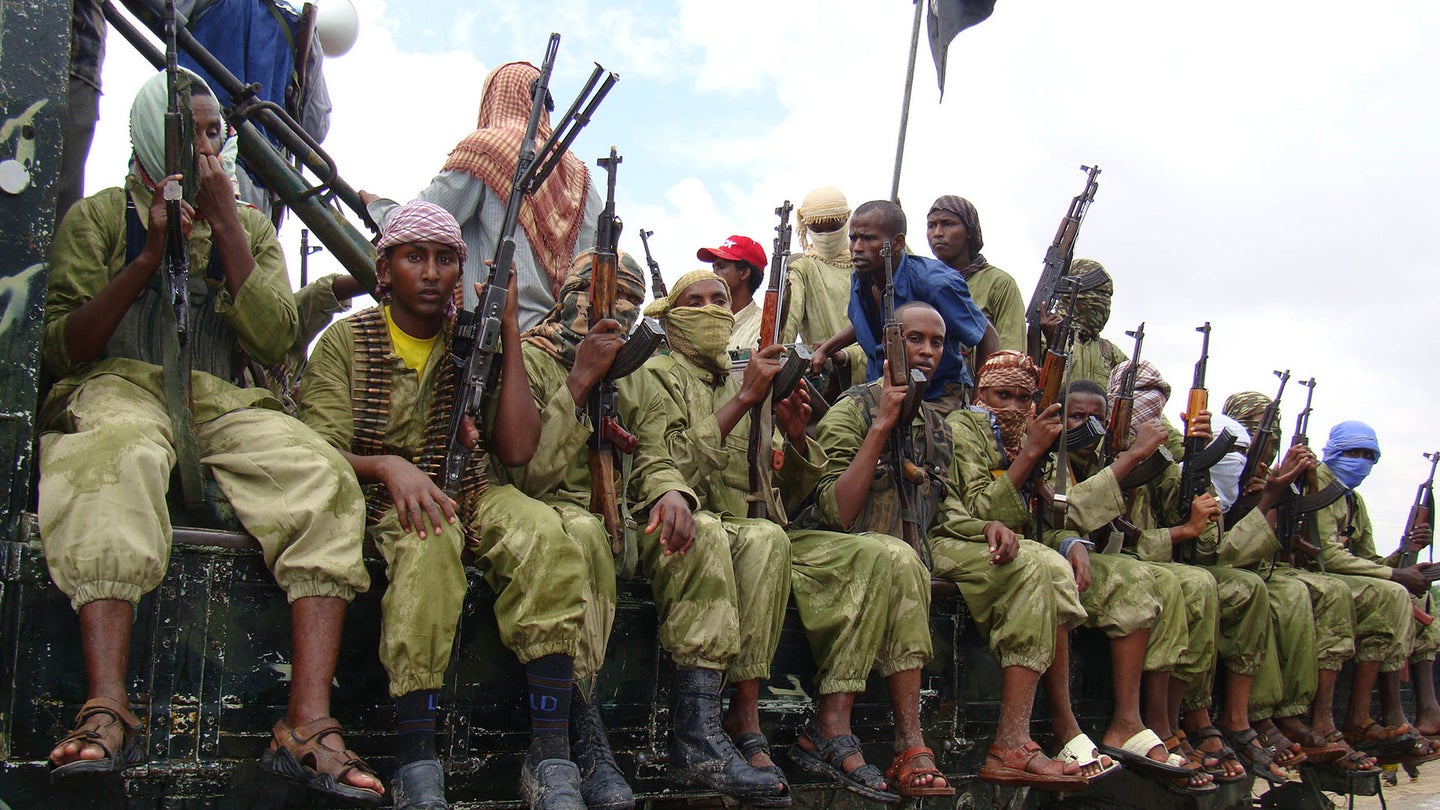 Al-Shabaab islamist fighters sit on a truck as they patrol to provide security for Somali demonstrators in Mogadishu, Somalia Friday, Oct. 30, 2009. Demonstrators gathered in an open square north east of the capital Mogadishu to show their support for the Palestinian people. (AP Photo/Mohamed Sheikh Nor).
SHARE

The U.S. military has conducted an airstrike in Somalia against al-Shabaab, a terrorist group linked to Al Qaeda, the Pentagon announced on Tuesday.

Tuesday’s action marked the first time since President Joe Biden took office that the U.S. military has launched an airstrike in Somalia.

“The Department of Defense can confirm that in coordination with the Federal Government of Somalia, U.S. Africa Command forces conducted one airstrike against al-Shabaab in the vicinity of Galkayo, Somalia, today,” Pentagon spokeswoman Cynthia King said. “There were no U.S. forces accompanying Somali forces during this operation. U.S. forces were conducting a remote advise and assist mission in support of designated Somali partner forces.”

King would not say which country U.S. troops were in at the time but she confirmed they were not operating inside Somalia during the airstrike.

U.S. Africa Command does not publicly release what type of military aircraft conduct airstrikes, she said.

“​​The target was the al-Shabaab terrorists who were attacking Somali military forces,” she said. “The battle damage assessment is still pending, but the command’s initial assessment is that no civilians were injured or killed as a result of this strike.”

While the U.S. military’s largest operations over the past thirty years have mostly taken place in the Middle East and southwest Asia, the African continent has seen its share of notable missions, including the Battle of Mogadishu in October 1993 chronicled in the book Black Hawk Down, for which 60 special operators recently had their valor awards upgraded.

In December, then-President Donald Trump ordered that all of the roughly 700 U.S. troops serving in Somalia at the time to be withdrawn by Jan. 15. Some of those forces were moved off the continent while others were repositioned in neighboring countries to allow for cross-border operations, when necessary.

Before Tuesday, the most recent U.S. airstrikes on Somalia were conducted on Jan. 19, King said.

UPDATE: This story was updated on July 20 with more information from Pentagon spokeswoman Cynthia King.