"We retain the means and the will to strike the al-Shabaab terrorist network when necessary." 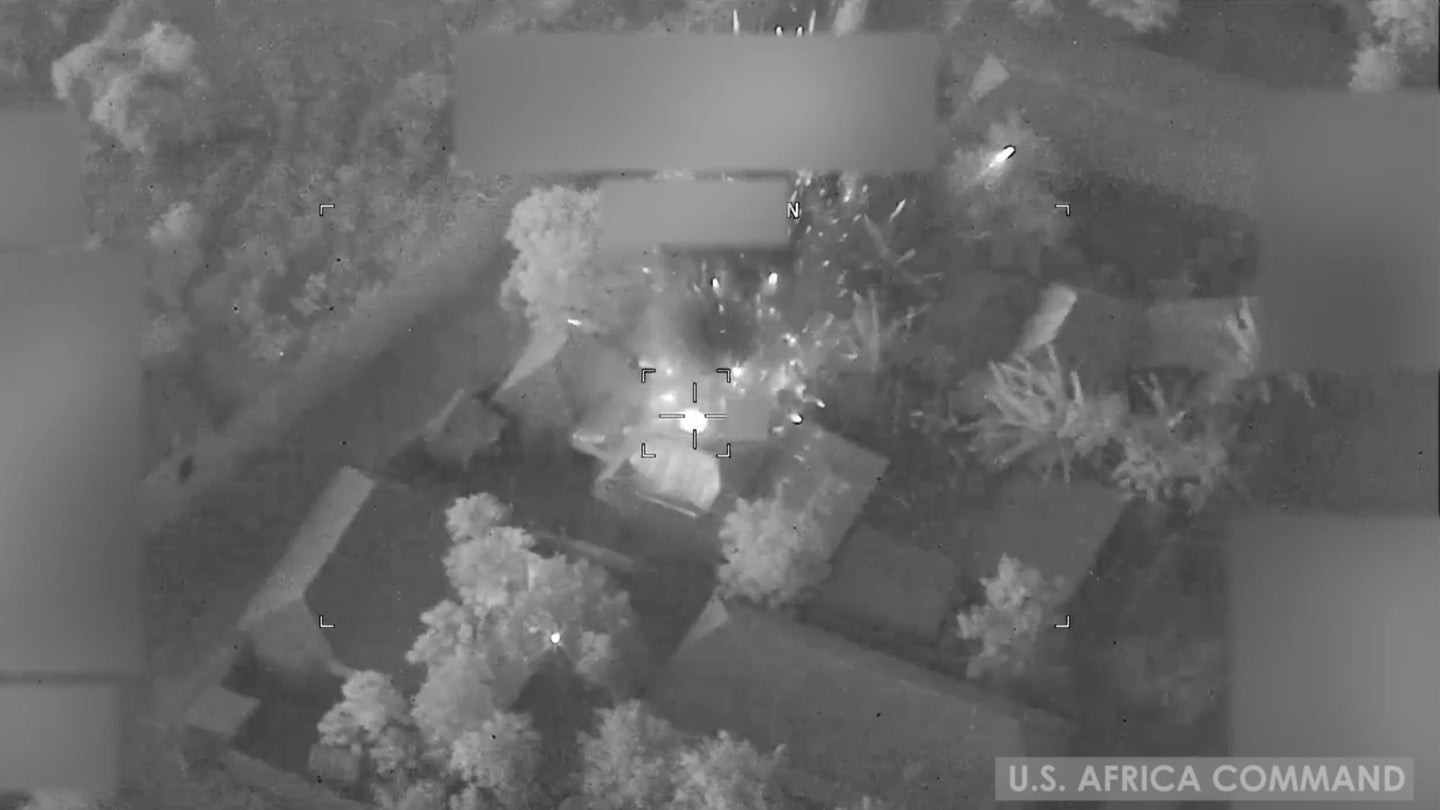 Three al-Shabaab militants are believed to have been killed in Somalia on Friday by airstrikes from U.S. Africa Command, according to a press release.

Two airstrikes conducted by AFRICOM, in coordination with the Federal Government of Somalia, hit al-Shabaab compounds near the town of Qunyo Barrow, Somalia, an AFRICOM press release says. AFRICOM’s “initial assessment” is that three militants were killed and one was injured during the airstrikes, and that no civilians were killed or injured.

Six compound buildings were destroyed, the release says, and one was damaged.

“This action clearly demonstrated our continuing commitment to Somalia and our regional partners,” Army Maj. Gen. Joel Tyler, director of operations for AFRICOM, said in the release. “We retain the means and the will to strike the al-Shabaab terrorist network when necessary to protect the region and ultimately, our own nation.”

The Pentagon announced in December that U.S. troops would be leaving Somalia and repositioning “into neighboring countries in order to allow cross-border operations by both U.S. partner forces to maintain pressure against violent extremist organizations operating in Somalia.” The U.S. will still have the ability to carry out airstrikes in Somalia.

“While a change in force posture, this action is not a change in U.S. policy,” the December press release said. “We will continue to degrade violent extremist organizations that could threaten our homeland while ensuring we maintain our strategic advantage in great power competition.”

Watch the airstrike below: