'The majority of you would rather receive a decoration in your team room and not in public, but it’s important.' 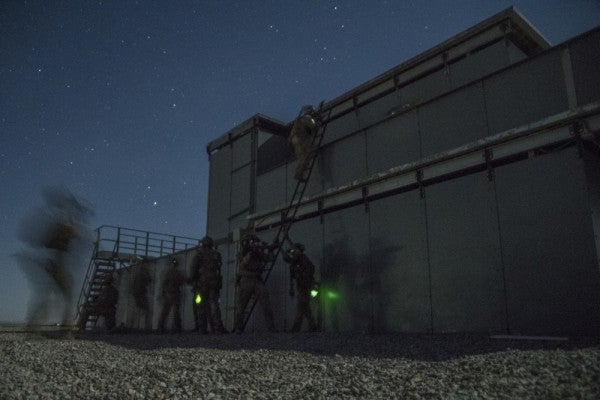 Members of the Air Force’s 21st Special Tactics Squadron earned over 90 awards for actions against extremist organizations in deployments to countries across the Middle East and Africa in 2019.

“I want to say congratulations on a job well done,” said Lt. Col Randall Harvey, former commander of the 21st Special Tactics Squadron, at the award ceremony at the squadron's base at Pope Field, North Carolina on July 24th. “Thank you for being men and women of action.”

For the unaware, Special Tactics airmen integrate air and ground power for U.S. Special Operations Command. They do everything from setting up dirt airstrips in the middle of nowhere, direct airstrikes and airdrops, rescue injured troops, and even perform surgery right on the battlefield.

The airmen's list of awards and heroic deeds in 2019 is long, so here is how they break down by the numbers and operation:

In America’s continuing effort to root out extremists and build allies in Afghanistan, Special Tactics airmen served as “primary tactical planners for infiltration, exfiltration, fires, as well as Intelligence Surveillance and Reconnaissance taskings in the execution of 241 direct-action raids during an especially ‘kinetic winter fighting season,’ the Air Force wrote in a press release.

During that time, the airmen:

Airmen deployed to Afghanistan also made history by single-handedly securing, establishing, controlling, and commanding a mission support site during a 96-hour mission, the Air Force wrote.

In the six-year mission to destroy the Islamic State group in Iraq and Syria, Special Tactics airmen:

Special Tactics airmen in these areas established new partnerships with local militaries to integrate airpower with ground tactics, which are “things no other [special operations force] can do out there,” Harvey said.

Their efforts launched an air-to-ground integration training program for the Kenyan military, which improved their tactics in the fight against Al Shabaab, Harvey added.

Usually, Special Tactics airmen assume the “quiet professional” attitude, Harvey said, but it was time to make an exception.