"We controlled the busiest and most dangerous piece of sky in the world." 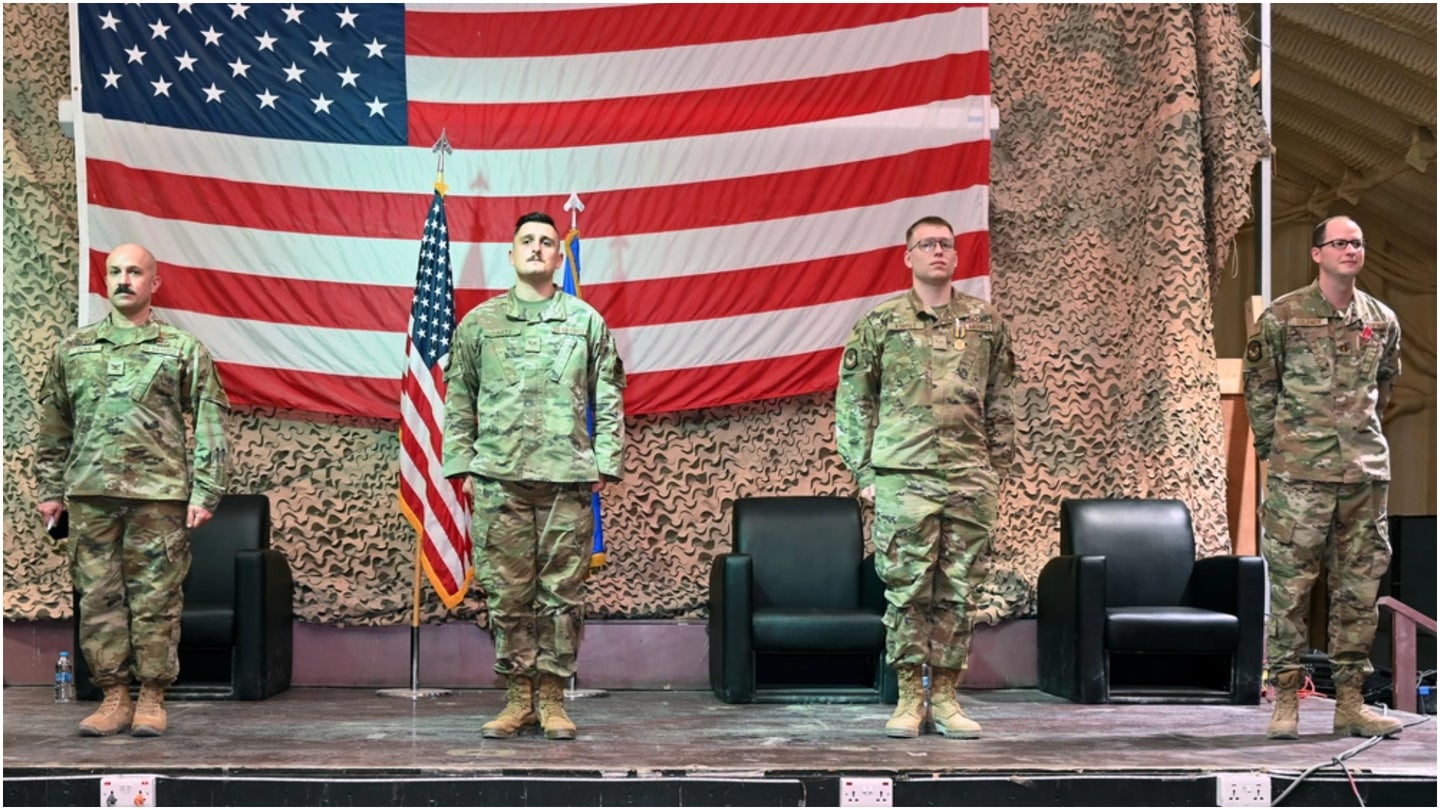 Moving more than 124,000 people out of one airport in just a few weeks takes more than just pilots: it also takes planning. Few people know that better than Air Force Capt. Adam Solomon, who was awarded a Bronze Star medal earlier this month for “meritorious service” while coordinating the massive airlift that marked the end of the American war in Afghanistan in August.

While the headlines were filled with lines of Afghan refugees making their way onto C-17 transport jets, Solomon worked behind the scenes to make sure the entire operation, which involved hundreds of aircraft and several allied countries, ran smoothly. To make things more complicated, the airman had to do it all under the risk of enemy fire, and he also had to work with the invading Taliban forces to get as many refugees out safely as possible.

“None of us could have known that in a matter of weeks, the largest non-combatant evacuation operation in United States history would take place as 124,334 humans were delivered to freedom,” said Col. Brian Stahl, commander of the 332nd Expeditionary Operations Group, at the awards ceremony on Jan. 7, according to an Air Force press release. “We controlled the busiest and most dangerous piece of sky in the world … because a few dozen of our wing stepped forward in spite of the acute danger.”

Though details were vague about what exactly the “new sequencing tool” was, it made such a big difference streamlining the coordination of air traffic that it was “hailed as a Defense Department benchmark and briefed to the President of the United States” and top officials from other nations. Just to give a sense of scale for the aircraft involved: An Air Force official told Task & Purpose in September that the service committed more than 230 aircraft to the effort, including C-17s, C-5 Galaxies, KC-10, KC-135 and KC-46 tankers, and C-130 turboprop transports. That group included more than half the branch’s fleet of 222 C-17s.

“In terms of scale, this was an all-hands-on-deck operation,” Air Mobility Command spokesperson Capt. Christopher Herbert said at the time.

Besides sequencing outbound flights, Solomon also “headed diplomatic and strategic activities” during a meeting with the Taliban’s minister of aviation, and he also “defused tensions between multiple countries’ representatives” after an Islamic State suicide bombing on August 26 killed 13 U.S. service members and 170 Afghan civilians outside one of the gates to Hamid Karzai International Airport.

The fact that a relatively low-ranking airman like a captain was managing international diplomacy on the ground shows just how much responsibility Solomon had during the operation. In a way, it also represents just how much airmen can step up to meet a challenge when given the latitude to do so. That’s a concept the Air Force has been trying to encourage as it prepares for a possible war with China, where disrupted supply chains and communication networks mean airmen will have to work more independently and in smaller groups than they do at the sprawling bases they are currently used to.

“Setting up and operating out of a small airport terminal with minimal supplies, equipment, people and so forth is almost like the Air Force dream,” said Master Sgt. Daniel Fajardo, one of just a few dozen airmen who launched and recovered aircraft from the tiny Pacific island of Tinian during a training exercise last summer. “Like, this is what we joined the service to do — these kinds of things where we operated on our own, away from the main hub. It was definitely an adventure.”

Back in Kabul, Solomon was not the only airman who had to work outside his usual job description. Senior Airmen Dakota Bartz and Andrew Kimrey, both air traffic controllers for radar approach with the 332nd Expeditionary Operations Support Squadron, also doubled as security forces and international liaisons during the Afghanistan withdrawal. The two airmen were awarded the Air Force Commendation Medal with a Combat Device in part because, according to the press release, they joined U.S. Marines in forming a human wall to prevent Afghan refugees from crowding the airport runways, as they had done earlier during the evacuation. They also helped set up “a security zone” while under threat of sniper fire, which helped make safe more than 1,500 refugees, the press release said.

“You can have numerous aircraft in your area that all fly differently,” said Master Sgt. Monica Warren, 27th Special Operations Support Squadron Air Traffic Control assistant chief controller, in a 2017 press release about RAPCON. “You have to think about how fast each one is going, what direction they are headed, what type of maneuvers they are capable of, who should go first, who should go second. We have to process all this information to make sure we tell everyone to make the right moves at the right time for it to go smooth.”

Both Senior Airmen Bartz and Kimrey’s efforts made sure there were no disastrous mid-air collisions in the middle of that crowded airspace. Kimrey at one point even guided an Afghan general through the evacuation effort, the press release said. The fact that they did all those jobs in between stints of pulling security is pretty much the definition of the “multi-capable airmen” concept that Air Force brass have been preaching the past few years.

“Most importantly, we must empower our incredible airmen to solve any problem,” Gen. Charles Brown Jr. said shortly after becoming Air Force Chief of Staff in August 2020. “We must place value in multi-capable and adaptable team builders, and courageous problem solvers that demonstrate value in diversity of thought, ingenuity and initiative.”

Solomon, Bartz and Kimrey’s excellent performance was just the latest performed by members of the 332nd Expeditionary Operations Group, said their commander, Col. Brian Stahl. The 332nd EOG is descended from the 332nd Fighter Group, whose members were better known as the Tuskegee Airmen, the first Black aviators in the U.S. military. Those early members painted the tails of their aircraft red, earning the nickname “Red Tails.”

“As Red Tails, we are together for a brief moment in time, placed in each other’s lives to accomplish something bigger than any individual or unit, and all for the betterment of our nation,” Stahl said at the awards ceremony. “We will not squander this opportunity.”

Correction: This story has been updated to reflect Col. Brian Stahl’s current rank.