“This recognition is long overdue for what our heroes did during those historic 17 days.” 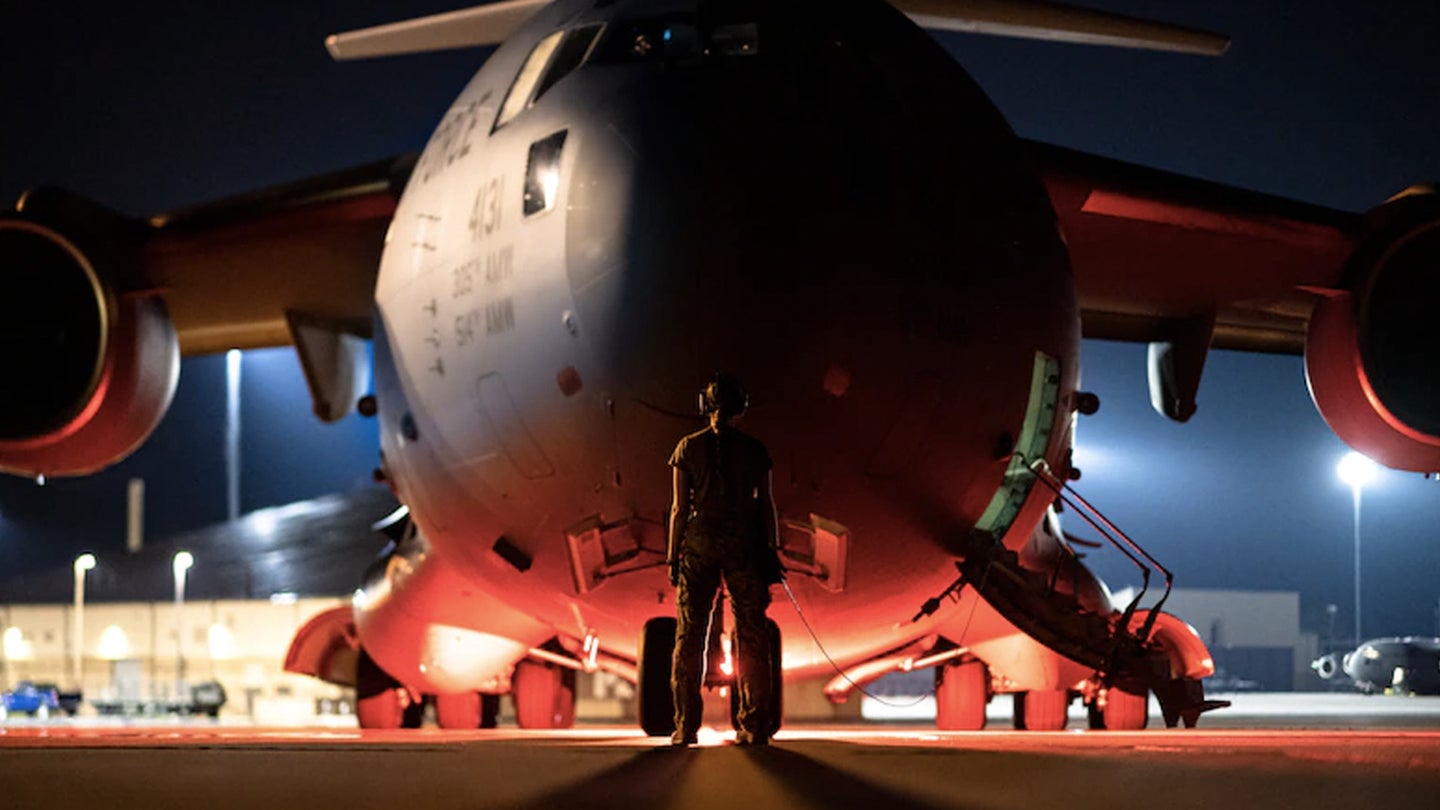 The Air Force is recognizing more than 100 airmen for their efforts evacuating more than 124,000 people out of Afghanistan during Operation Allies Refuge in August, 2021, the largest noncombatant air evacuation in U.S. history, Task & Purpose has learned.

The awards include some of the most prestigious in the U.S. military, including 96 Distinguished Flying Crosses, 12 Bronze Star Medals, and one Gallant Unit Citation, Air Mobility Command told Task & Purpose on Friday.

Of the 96 Distinguished Flying Crosses, seven will be awarded with the “V” device for valor, which recognizes heroism “beyond what is normally expected while engaged in direct combat conditions,” the AMC public affairs office explained. Of the 96 DFCs, 74 will be awarded with the “C” device for combat, which denotes that the meritorious service or achievement was performed in combat.

Two of the 12 Bronze Star Medals will also be awarded with the “V” device.

The Distinguished Flying Cross is awarded to any service member “for heroism or extraordinary achievement while participating in aerial flight,” according to the Air Force. The Bronze Star Medal is awarded to service members who distinguish themselves by heroic or meritorious achievement not involving aerial flight in connection with operations against an armed enemy.

Meanwhile, the Gallant Unit Citation will go to the 621st Contingency Response Group in recognition of “the actions its airmen took to rapidly repair and run airfield operations at Hamid Karzai International Airport [in Kabul] while surrounded by hostile forces, enabling success of the operation,” AMC wrote in a press release sent to Task & Purpose.

The citations for the more than 100 awards were not immediately available at the time, but AMC spokesperson Col. Damien Pickart told Task & Purpose that they should become available as AMC commander Gen. Mike Minihan prepares to present the first of the awards next month.

The large number of awards is noteworthy in part because AMC airmen do not typically specialize in direct combat operations, which usually generate the most awards for valor. Rather than dropping bombs or charging hilltops, AMC airmen usually transport the bombs and the troops across thousands of miles to make sure direct combat forces can do their jobs.

Operation Allies Refuge changed that. Since the operation revolved around moving people, AMC forces became the supported troops, rather than the supporters. The fact that the massive airlift was executed in just a few weeks and often under enemy fire made the airmen’s performance under such pressures all the more notable.

“The world witnessed history during that airlift, borne on the shoulders of mobility heroes,” Minihan wrote in a statement in the AMC press release. “This recognition is long overdue for what our heroes did during those historic 17 days.”

The approval process for the awards was delayed because the reviewing authority, Air Forces Central, lost its authority to review the awards packages in September 2021, AMC explained. AFCENT received an extension on its authority, but in September, recently-appointed AFCENT leader Lt. Gen. Alexus Grynkewich said that he had asked the Air Force for an additional three to six months of approval authority to clear the backlog of awards packages that piled up after Operation Allies Refuge.

“We put in for an additional three to six months of authority but we’ll do it as many times as we need to until we get the job done,” the general said at the time.

AFCENT spokesperson Capt. Kayshel Trudell said the exact number of awards to be processed was 681, all of which the command hoped to review at AFCENT’s award package review board in late September. The decorations announced on Friday were finalized at that review board, AMC  said.

“We’re going to go full court press on this,” Grynkewich said in September. “The way I view it, we owe it to those service members to get those processed as quickly as we can. Whether we approve the award or not, let’s give them some finality on those packages.”

AMC said it also received authority to convene its own boards “to award the same caliber of decorations moving forward,” the command’s public affairs office said.

“Make no mistake, we should have done this last year immediately after the operation, and I recognize our airmen’s frustration with the process,” Minihan wrote in the press release. “We’re making that right, and we’ve worked with our partners across the Air Force to ensure AMC is able to swiftly and effectively recognize our mobility warriors as they deliver warfighting excellence across every combatant command worldwide.”

There are likely more awards to come. This current round was among 350 individual awards approved for actions in support of Operation Allies Refuge, AMC said.

Of the batch announced on Friday, the Distinguished Flying Crosses, Bronze Star Medals, and Gallant Unit Citation will be awarded across recipients’ units in the coming weeks. Minihan himself will present the first of these awards during a visit to Joint Base McGuire-Dix-Lakehurst, New Jersey in November.

There are even more awards given to AMC airmen that did not require a board review: the command said there were 4,500 such medals already approved and presented by wing commanders to airmen who supported Operation Allies Refuge.

There are also several higher-level awards that have already been given out: In January, an Air Force captain received a Bronze Star for working behind the scenes to make sure the nonstop chain of hundreds of aircraft landing and taking off from Kabul’s Hamid Karzai International Airport went smoothly.

“We controlled the busiest and most dangerous piece of sky in the world … because a few dozen of our wing stepped forward in spite of the acute danger,” Col. Brian Stahl, commander of the 332nd Expeditionary Operations Group, said at the time.

In April, four airmen also received the Distinguished Flying Cross for flying members of the Army’s 82nd Airborne Division into Kabul aboard a C-17 when thousands of civilians breached the airfield at Hamid Karzai International Airport.

“The crew performed well under enormous pressure,” the aircraft commander, Lt. Col. Dominic Calderon, of the 301st Airlift Squadron, said at the time. “I couldn’t be more proud of the way the entire crew operated.”