“We’re going to go full court press on this.” 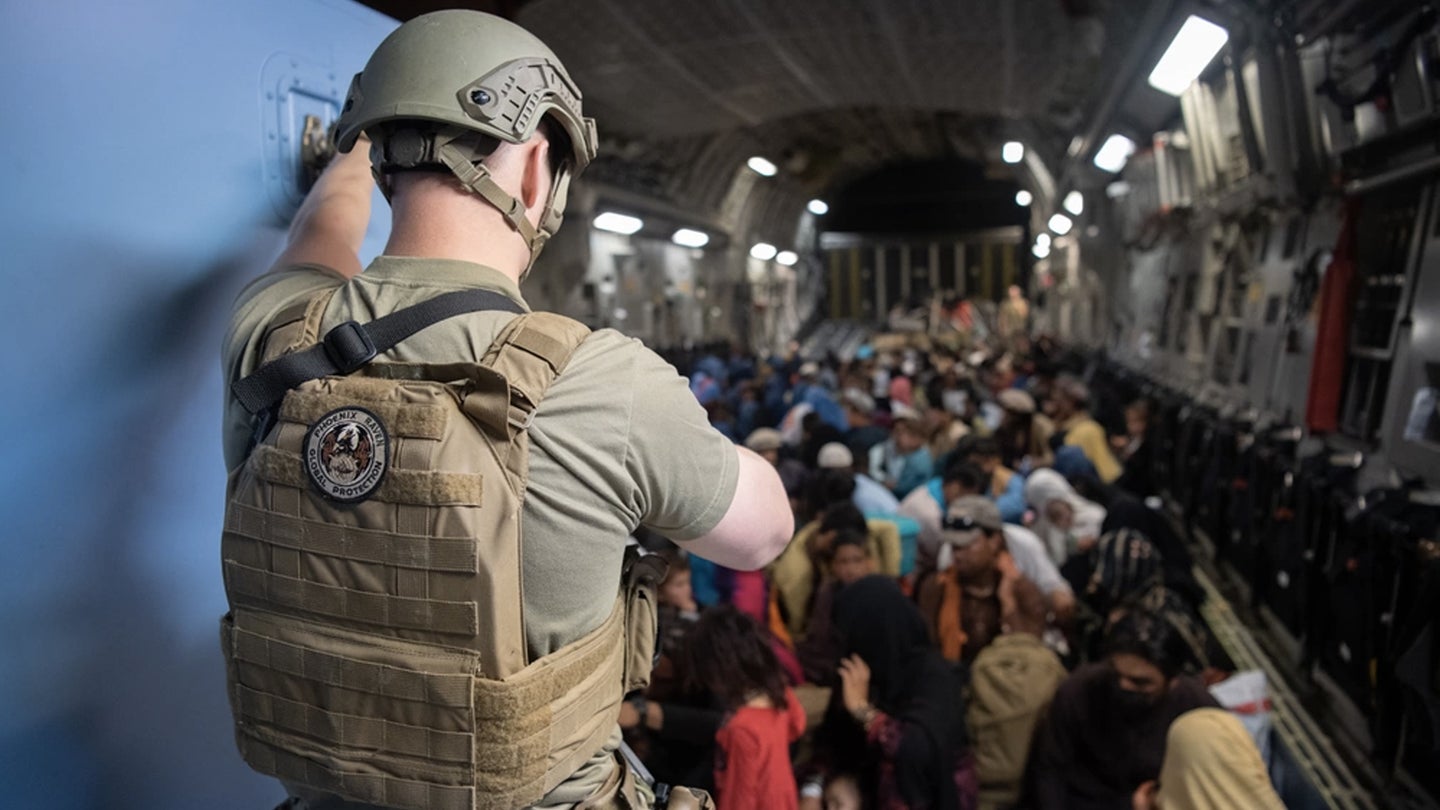 A little over a year after it helped evacuate more than 124,000 people out of Afghanistan, the Air Force is still working through a backlog of awards packages that were submitted to recognize the contributions of airmen during the withdrawal. The backlog is so large that Lt. Gen. Alexus Grynkewich, the leader of Air Forces Central, the command which reviews the awards packages, said he asked the Air Force for an additional three to six months of approval authority to clear it. The requested extension would come on top of an initial extension that Air Forces Central received earlier this year.

“My view would be that I’d like the authority until the job is done,” Grynkewich told reporters on Monday at the Air & Space Forces Association’s Air Space & Cyber Conference at National Harbor, Maryland. “We put in for an additional three to six months of authority but we’ll do it as many times as we need to until we get the job done.”

Last month, Task & Purpose reported that there were “hundreds of awards submissions” still being processed by the service, according to Air Force spokesperson Ann Stefanek. The awards packages had been delayed due to the large number of them and the expiration of AFCENT’s approval authority, but the command received an extension so it could have more time to work through the backlog.

“We were at a bit of a stop,” due to the loss of authority, said Grynkewich, who took command of AFCENT in July. “So now we’ve been given an extension that goes until early next year.”

The next AFCENT board to review the awards is scheduled to take place this month.

AFCENT spokesperson Capt. Kayshel Trudell said the exact number of awards to be processed is 681, all of which were submitted after the command’s original authority to review expired. Trudell said the AFCENT board hopes to review them all next week.

“We’re going to go full court press on this,” Grynkewich said. “The way I view it, we owe it to those service members to get those processed as quickly as we can. Whether we approve the award or not, let’s give them some finality on those packages.”

Grynkewich said he expects some of the packages that do not get approved will be resubmitted, which is why he is seeking the second extension of AFCENT’s authority so that the board has time to review them. The larger Air Force has not approved the extension request yet, but Grynkewich said he suspected it would before the end of this current extension because of the attention the awards process has received lately.

Last month, airmen, soldiers and Marines who took part in the Afghanistan evacuation told Task & Purpose that they felt as if their commands had brushed aside the trauma they brought back from the experience. The service members also said their commands were slow-rolling awards and recognition for the mission for reasons they did not understand.

The service members who spoke with Task & Purpose said their frustration was less about the medals or badges than about acknowledging what happened and what they did in a few extraordinarily chaotic and violent weeks.

Moving more than a hundred thousand people out of a single airport on the fly was a difficult operation for everyone involved, including the airmen directing air traffic, loading passengers onto transports, and flying the jets and planes out.

“Yeah, the C-17 community is burned out, never been ran this hard,” said one C-17 cargo jet pilot last year on condition of anonymity since he was not cleared to speak with the press. “Jets broken everywhere. But we got a lot of folks out. Hopefully, they can find better lives in the U.S. Maybe the silver lining to this whole thing.”

Many of the jets flying out of Afghanistan in the operation were heavily loaded with passengers, running on “overworn tires, offline generators, low oxygen,” the pilot said. There was also the threat of enemy gunfire. One airman, after hearing there could be a bomb aboard his jet, had to deplane an entire C-17 filled with Afghans eager to leave the country. A handful of refugees went into labor or gave birth aboard Air Force aircraft, and one mother even named her child after the C-17 which bore them to safety.

Despite the concerns about slow-rolling recognition, the services have awarded several medals for the evacuation effort so far. An Air Force captain who coordinated the historic airlift at Hamid Karzai International Airport was awarded the Bronze Star in January. In April, four airmen received the Distinguished Flying Cross for completing the first evacuation flight. A Marine sergeant was also awarded the Bronze Star with “V” device for valor, for saving another Marine’s life during the suicide bombing on Aug. 26.

Last month, roughly a dozen soldiers with the 82nd Airborne Division were awarded Air Medals with “C” or “V” devices. In total, more than 50 soldiers who deployed with the combat aviation brigade will receive the medals. There could be more on the way, at least for the Air Force, depending on how the AFCENT review board goes this month.

Grynkewich, who was director of operations for U.S. Central Command at the time of the evacuation, stressed his commitment to taking a fair and timely look at all the submissions.

“We’re very hopeful we’ll get most of them done here relatively quickly,” he said on Monday. “We’ll continue to put a lot of emphasis on it.”

Update: 9/20/2022; This article was updated after publication with a statement from AFCENT specifying the number of awards awaiting review.