The U.S. military in Africa claims it killed a senior leader of al-Shabaab in an airstrike on Saturday, nearly two months after an attack in Manda Bay, Kenya that left one U.S. soldier and two American contractors dead 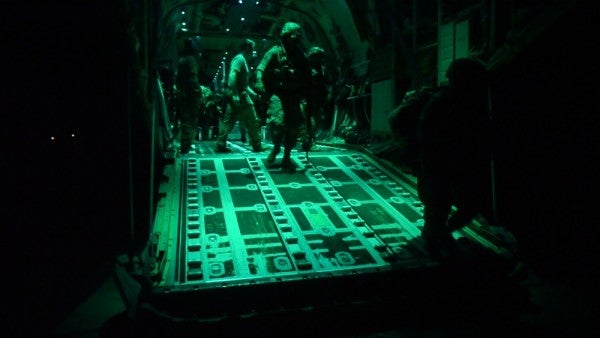 The command for U.S. military forces in Africa announced that it killed a senior leader of the terrorist group al-Shabaab and his wife in an airstrike in Somalia on Saturday, nearly two months after that leader executed an attack on a U.S. base in Kenya which left one U.S. soldier and two American defense contractors dead.

Though unnamed in Africa Command’s press release on Tuesday, U.S. Africa Command said the deceased leader “was in charge of planning and directing terrorist operations on the Kenya border region,” including the Jan. 5 attack on Manda Bay, Kenya.

AFRICOM also claimed that the leader’s wife was “a witting and active member of al-Shabaab responsible for facilitating a wide range of terrorist activities,” the release said.

The airstrike took place near Saakow, Somalia, about 320 kilometers west of Mogadishu, according to the announcement.

Al-Shabaab is “the largest and most kinetically active al-Qaeda network in the world,” AFRICOM said, one that has “publicly identified Americans and U.S. interested worldwide as priority targets.”

“Since January 5, U.S. Africa Command and our partners have pursued those responsible for the attack on U.S. and Kenyan forces at Manda Bay,” AFRICOM commandeer Army Gen. Stephen Townsend said in a statement. “This strike demonstrates that we will continue to relentlessly pursue those responsible for Manda Bay and those wishing to do harm to Americans and our African partners.”

News of the airstrike comes amid a sweeping security review at African bases hosting U.S. troops triggered by the Jan. 5 attack in Kenya.

During the attack, al-Shabaab fighters slipped through the base’s perimeter and shot down a surveillance plane piloted by contractors Dustin Harrison and Bruce Triplett as they were taking off from a runway there.

Both Harrison and Triplett were killed, and al-Shabaab proceeded to destroy many of the American aircraft parked there, including six surveillance aircraft and medevac helicopters and a fuel depot.

Army Spc. Henry Mayfield Jr., who was acting as an air traffic controller, was killed by small arms fire while his partner “hid in the grass” for hours to avoid detection by the militants, the New York Times reported.

By the time Marine Raiders and Kenyan Rangers arrived from a nearby outpost to provide assistance, the militants had dispersed.

Weeks later, Townsend said his team was reviewing security at all bases hosting U.S. troops on the continent.

The U.S. military was “not as prepared there at Manda Bay as we needed to be,” Townsend told lawmakers during a hearing on Jan. 30, adding that roughly 120 infantrymen were hard at work improving the defenses at Manda Bay.

Townsend used the Tuesday airstrike announcement to signal that those improvements are now in place.

“Immediately following the attack in Kenya, the command took swift measures to increase its force protection postures and harden its operating location, including Manda Bay, while simultaneously pursuing the attackers and their network,” the statement read, though it did not provide specifics on how the location was hardened.

“Alongside our partners, U.S. Africa Command continues to take action to prevent this malicious terrorist group from planning and conducting external attacks.”

SEE ALSO: Here's how the deadly jihadist raid against US forces in Kenya went down