"We were not as prepared at Manda Bay as we needed to be." 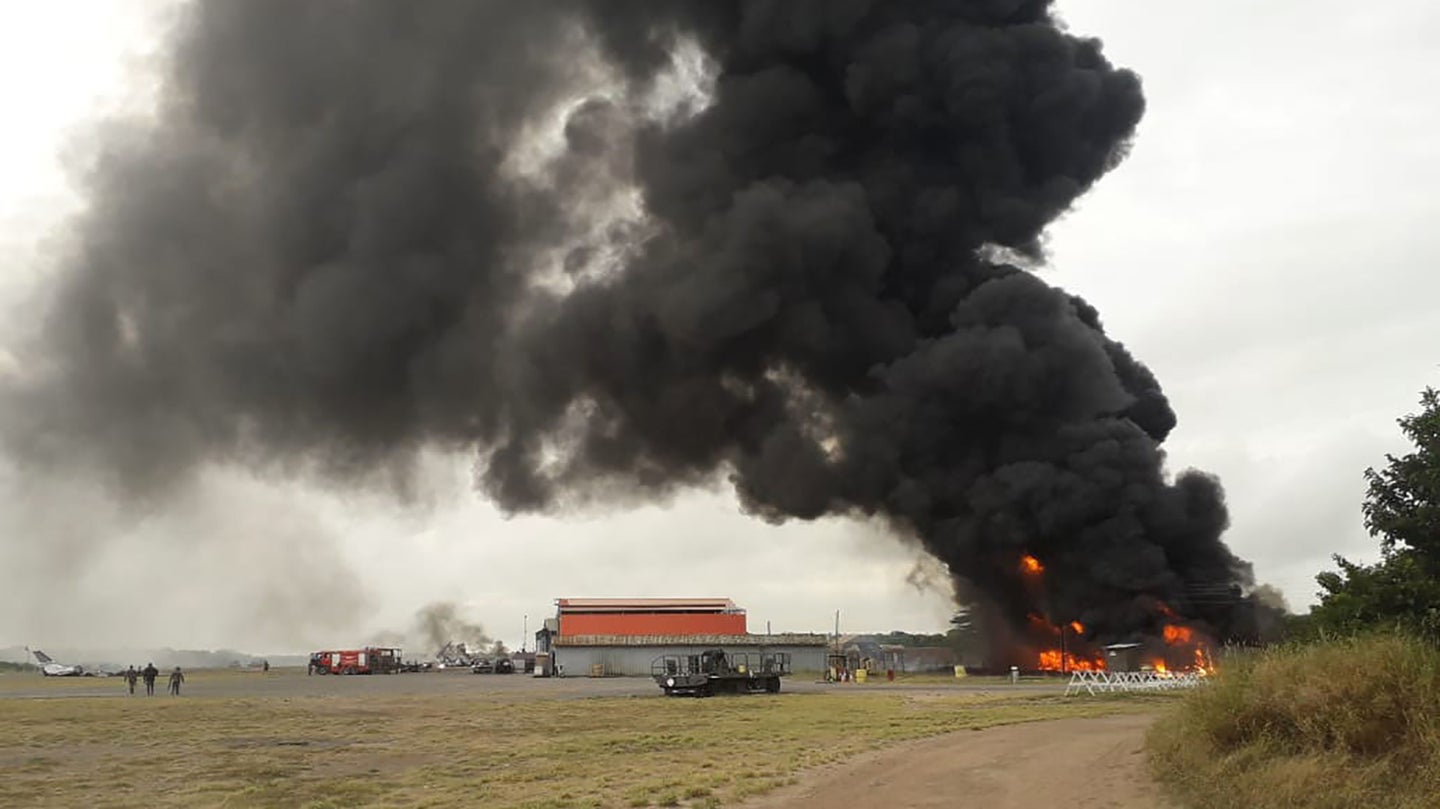 Defense officials will not say whether any commanders have been relieved of command after an investigation and an independent review found both officers and enlisted service members had been negligent leading up to the Jan. 5, 2020 attack on U.S. troops at Manda Bay, Kenya, that killed three Americans.

Between 30 and 40 fighters with the Somalia-based al Shabaab terror group launched a surprise attack on the base, during which Army Spc. Henry Mayfield Jr., an air traffic control, was killed. Mayfield was posthumously awarded the Bronze Star and Purple Heart. American defense contractors Dustin Harrison and Bruce Triplett were also killed when the al-Shabaab fighters destroyed their surveillance plane on the ground.

The New York Times subsequently reported that many of the Kenyan troops assigned to defend the base instead hid in the grass during the battle, and that it took an hour for American forces to counterattack, by which time the attackers had melted away.

Associated Press reporter Lolita Baldor first revealed on Thursday that eight service members, ranging from junior enlisted troops to officers below the rank of brigadier general, had received administrative punishment following two separate reviews into the Manda Bay attack. None of those service members have been publicly identified.

The Defense Department’s privacy program does not include administrative punishments among information about service members that can be released to the public. However, the military can announce when officers and senior enlisted leaders are relieved of command, such as Sgt. Maj. Terrence Whitcomb, the sergeant major of the I Marine Expeditionary Force; and Lt. Gen. Bradley Becker, former head of Army Installation Management Command.

Moreover, the investigation into the Oct. 4, 2017 ambush in Niger, in which four U.S. soldiers were killed, showed how the military can place blame on lower ranking troops while absolving senior officers. After the ambush, the Army tried to promote two of the commanders even though investigators found the troops involved in the attack had not been properly prepared, trained, and equipped.

“For a number of successive years, there was complacent leadership and command and control at the tactical level and poor oversight at the operational level,” Townsend said during a Pentagon news briefing. “

The investigation also found that U.S. military officials did not understand potential threats to Manda Bay, put enough focus into force protection, or adequately share intelligence, he said. The base’s defense plans were inadequate in part because its security forces had not been properly prepared, trained, and organized before the attack.

“There were problems with mission command, including poor unity of command at the tactical level and flawed staff processes that failed to account for the growth of CSL [Cooperative Security Location] Manda Bay from a training base to a counter-terrorism support and air base,” Townsend said. “As I said in March 2020: We were not as prepared at Manda Bay as we needed to be. Security on a key part of the base proved inadequate with a security force that was insufficiently prepared for their mission.”

Army Gen. Paul Funk, who led an independent review of AFRICOM’s investigation that was ordered by Defense Secretary Lloyd Austin, said he agreed with investigators’ conclusion that U.S. service members were not criminally negligent and had not committed misconduct that resulted in the deaths and destruction of U.S. aircraft at Manda Bay.

“But, because the charter of the independent review resulted in a more in-depth analysis of individual leader actions, I was able to identify multiple personnel whom I deemed negligent in their actions or inactions, which contributed to creating a vulnerable airfield,” said Funk, head of the U.S. Army’s Training and Doctrine Command.

Funk did not identify those service members and when a reporter later asked if anyone had been relieved as a command following the investigation and independent review, Pentagon spokesman John Kirby deferred to the Air Force because “these were administrative actions that were taken.”

In a Thursday statement about the “accountability” actions taken as a result of the Manda Bay investigation, Air Force spokesman Brig. Gen. Patrick Ryder did not include the names of any of the airmen who had received administrative punishment. “Privacy considerations prevent us from releasing more information at this time about any specific personnel matters involving individual service members,” he said.

While defense officials have also not said what the ranks are of the service members at Manda Bay or its higher headquarters who were found to be negligent, Air Force Maj. Gen. John Wilcox said the independent review faulted “certain senior officers” for the base’s inadequate force protection posture and for allowing “a climate of complacency and poor understanding of the threat.”

When Task & Purpose asked Wilcox, who served on the independent review, who these senior officers were and what they had or had not done, he did not answer directly.

The independent review that Gen. Funk led looked at whether anyone in AFRICOM, the special operations community, Combined Joint Task Force – Horn of Africa, or the Air Force had fallen short either by their actions or inaction, said Wilcox, commander of the Air Force Installation and Mission Support Center.

“He [Funk] found some senior officers at the level above Manda Bay and recommended negligence on those officers, basically of the insufficient oversight that they had or provided – their inaction – on that oversight for force protection, intelligence, etc., at Manda Bay. The remaining folks were obviously officers, senior NCOs [noncommissioned officers], down to enlisted [service members] at Manda Bay, that were included in those negligent findings.”