Separate attacks hit a U.S. military base in the Somali town of Baledogle and an Italian military convoy in the Somali capital on Monday, a Reuters witness and a security source said 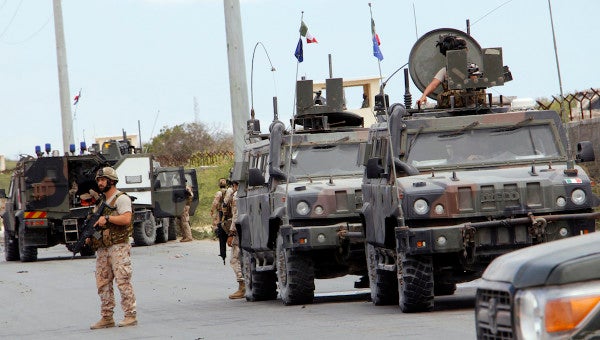 MOGADISHU (Reuters) – Somali insurgents mounted their most ambitious attack yet on Monday on a U.S. special forces base used to train Somali commandos and launch drone strikes, while an Italian military convoy was hit in a separate blast in the capital Mogadishu.

Twin vehicle-borne bombs were followed by small arms fire at the base in the town of Baledogle, where Ugandan peacekeepers are also based, a security source and Somali police said. No immediate casualties from the attack were reported.

The al Qaeda-linked insurgent group al Shabaab said it carried out the attack.

The Baledogle base is in the Lower Shabelle region, about 100 km (60 miles) west of Mogadishu. Insurgents attacked it in February using mortars, but caused no casualties.

The attack focused on a part of the base that houses the U.S. special forces, who supervise Somali forces on operations, he said.

“It implies they have a high intelligence and a degree of capability just to get close to that place,” he told Reuters. “They don't look like people on the back foot.”

Africa Command said it was monitoring the situation but declined to give details.

In a statement claiming responsibility for the attack, al Shabaab said its fighters had breached the base perimeter, though police said they had not got inside the fence.

“In the early hours of Monday morning, an elite unit of soldiers from Harakat Al-Shabaab Al Mujahideen's Martyrdom Brigade launched a daring raid on the U.S. military base,” the group's press release said.

“After breaching the perimeters of the heavily fortified base, the mujahideen (holy warriors) stormed the military complex, engaging the crusaders in an intense firefight.”

Al Shabaab is fighting to overthrow the weak, U.N.-backed Somali government and enforce its own strict version of Islamic law. Somalia has been riven by civil war since 1991, when warlords overthrew a dictator then turned on each other.

In a separate attack on Monday in Mogadishu, a roadside bomb targeted an Italian military convoy. A Reuters journalist saw a seriously damaged armored vehicle bearing a small Italian flag sticker. The Italians are present as part of a European Union mission training Somali forces.

No injuries were reported, Italy's defense ministry said in a statement.

The attacks come on the heels of several other major al Shabaab attacks.

On Sept. 22, insurgents attacked and looted a base in El Salini, 60 km (37 miles) southwest of Mogadishu, using a suicide car bomb and gunmen.