Al-Shabaab is a terrorist group with links to al-Qaida that carried out a January 2020 attack on Manda Bay, Kenya, that killed three Americans. 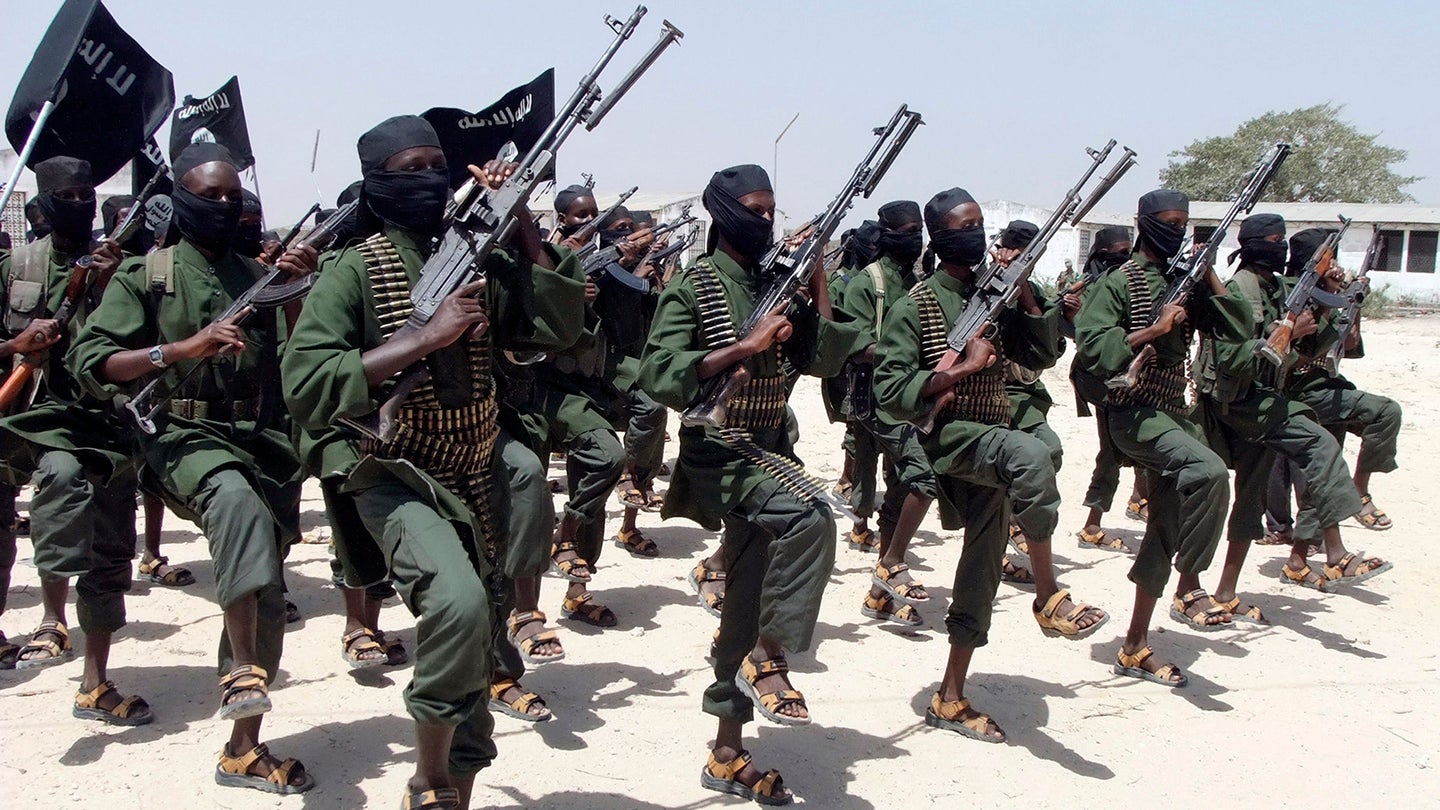 The U.S. military recently launched an airstrike in Somalia to help Somali troops fend off more than 100 al-Shabaab militants in a town that had recently been recaptured by government forces, according to U.S. Africa Command.

More than 30 al-Shabaab fighters are estimated to have been killed in the airstrike, which took place in Galcad, Somalia, roughly 160 miles northeast of the country’s capital Mogadishu, an AFRICOM news release says

About 500 American service members are currently deployed to Somalia to help Somali forces fight al-Shabaab, a terrorist group with links to al-Qaida.

No U.S. troops were on the ground fighting with Somali forces at the time of the Jan. 20 airstrike, which was coordinated by the Somali National Army, said AFRICOM spokeswoman Kelly Cahalan.

Cahalan declined to say if the U.S. military aircraft that conducted the strike was based inside Somalia or outside of the country. Nor could she say if the airstrike was in support of the Somali military’s Danab Brigade, which was established and trained by U.S. special operations forces. In their statement, AFRICOM did not specify what ordnance was used in the strike, or provide details on what aircraft conducted the strike.

The Somali government tweeted on Jan. 20 that the Somali National Army had repulsed an attack on a military base in the town of Galcad, claiming that 100 al-Shabaab fighters had been killed and five enemy vehicles had been destroyed in the battle.

At the time of publication, Task & Purpose was unable to independently verify the casualty figures provided by AFRICOM and the Somali government.

Reuters is reporting that the Somali military base in Galcad was operated by Danab forces. Al-Shabaab fighters had tried to storm the installation by exploding car bombs, said Capt.Issa Abdullahi, a Somali officer at the base.

Separately, al Shabaab issued a statement claiming it had “miraculously overrun the U.S.-trained forces” in the attack on the Somali military base, Reuters reported.

In December 2020, then-President Donald Trump ordered most of the roughly 750 American service members that were in Somalia at the time to redeploy elsewhere. That forced U.S. troops to make brief excursions inside Somalia to continue training local forces.

Then in May 2022, President Biden approved a U.S. military plan to send roughly 500 U.S. troops back to Somalia to disrupt al-Shabaab’s abilities to carry out attacks, such as the Jan. 5, 2020 attack on U.S. troops at Manda Bay, Kenya, that killed three Americans.

As part of an offensive against al-Shabaab that  Somalia’s President Hassan Sheikh Mohamud announced in August, Somali troops captured Galcad as well as the key port town of Harardhere on Jan. 16.

Tricia Bacon, an associate professor at an American University who has analyzed al Shabaab’s objectives, said she sees some signs that the Somali government may be gaining the upper hand in the 14-year-old war against al Shabaab.

Not only is the Somali offensive making progress, but al-Shabaab has also faced local uprisings recently, said Bacon, who is also a non-resident fellow with George Washington University’s Program on Extremism.

“However, the momentum shift in favor of the government is still tactical at this stage,” Bacon told Task & Purpose. “The critical, and arguably the hardest, part will be filling the governance void in places where al-Shabaab has departed.”

If the Somali government can successfully establish the rule of law in areas of the country that it has recaptured from al-Shabaab and also break up the group’s extortion ring, which has choked the country’s economy, then the government’s recent victories could become strategic successes, Bacon said.

“If, as has occurred in the past, these requirements are neglected or insufficiently addressed, the government’s gains will be temporary and momentum can readily shift back in favor of al-Shabaab,” she said.