It is unclear what prompted the altercation. 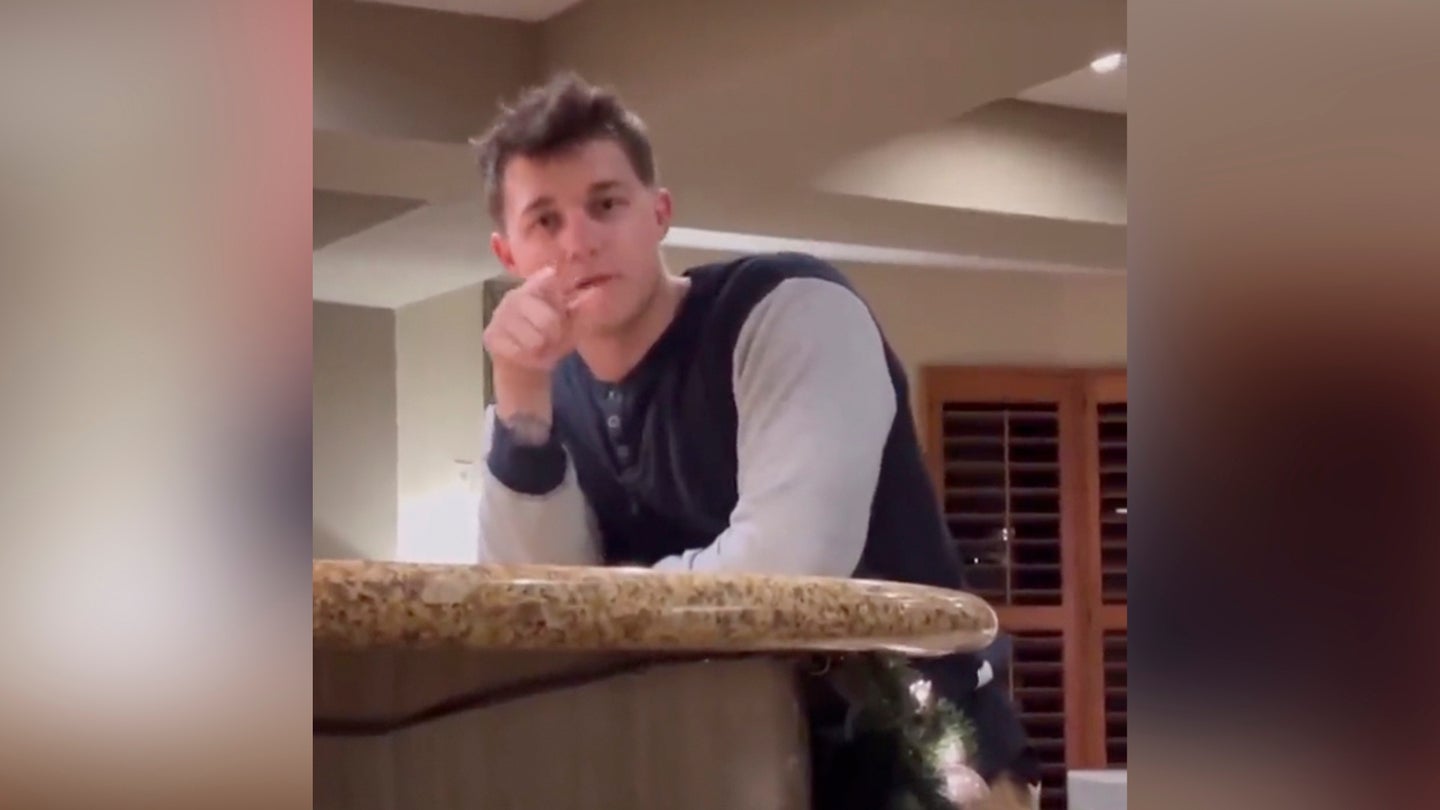 Marine Sgt. Jason Frink was shown in a video getting into a physical altercation with hotel staff in San Diego. (Screenshot).
SHARE

Marine Corps officials said they are looking into an incident caught on video in which a Marine can be seen shoving a hotel clerk and getting into a fight with a security guard in San Diego.

“We can confirm the Marine in the video is Sergeant Jason Frink, stationed at Camp Pendleton, CA,” said 1st Lt. Arthur Deal, a spokesman for I Marine Expeditionary Force. “The Marine Corps is still actively investigating the incident.”

Frink is a Psychological Operations Specialist who is currently assigned to I Marine Expeditionary Force Information Group, Deal told Task & Purpose on Tuesday.

On Dec. 31, a woman who said she works at the hotel posted a video of the incident on Instagram. It appears that the woman used a mobile device to record the video.

The video shows Frink becoming increasingly aggressive with hotel staff, but it is unclear what exactly prompted the dispute.

At the start of the video, the woman can be heard telling Frink that he needed to leave. “F–k you, ” he said, while looking into the camera.

The video then jumps ahead as Frink asks the woman where she comes from and then said, “This is your f–king hood.”

The woman recording the incident moved closer to Frink and warned him not to touch the hotel clerk, adding, “You just assaulted her.”

Frink lunged at the woman in what appeared to be an attempt to grab her phone. The video gets shaky as Frink looks as if he’s trying to put his hands on her as he says, “I know where you’re from.”

At this point, a hotel security guard began using a table lamp to beat Frink into submission. Frink eventually fell to the floor and put his hands over his head.

At the end of the Instagram video, the woman showed cuts and a bruise on her legs and says that her hip hurts.

“This is not how I wanted my year to end,” the woman wrote on her Instagram account. “I had no choice but to defend my 4’10 coworker and as well as myself.”

Before the Marines had verified that Frink was the man in the video, the San Diego Police Department told Task & Purpose on Jan. 9 that police officers arrived at the hotel eight minutes after receiving a report of an assault and battery there.

By that time, the man shown in the video was no longer at the scene and hotel staff declined to file a report, police said. San Diego police learned of the video showing the incident after it had been posted on social media and police officers subsequently began contacting hotel staff members again.

After this story was first published, Ronnie Toms — the woman who took the video of the incident — told Task & Purpose that she initially declined to press charges because she was worried police might blame her for defending herself. But she later decided to ask police to charge Frink with misdemeanor battery.

Toms also provided Task & Purpose with an email that she received on Monday from the San Diego Police Department telling her that the San Diego City Attorney’s Office would ultimately decide whether to press charges against Frink.

Update: 1/23/2023; This article was updated after publication with a statement from Ronnie Toms, who filmed the encounter.