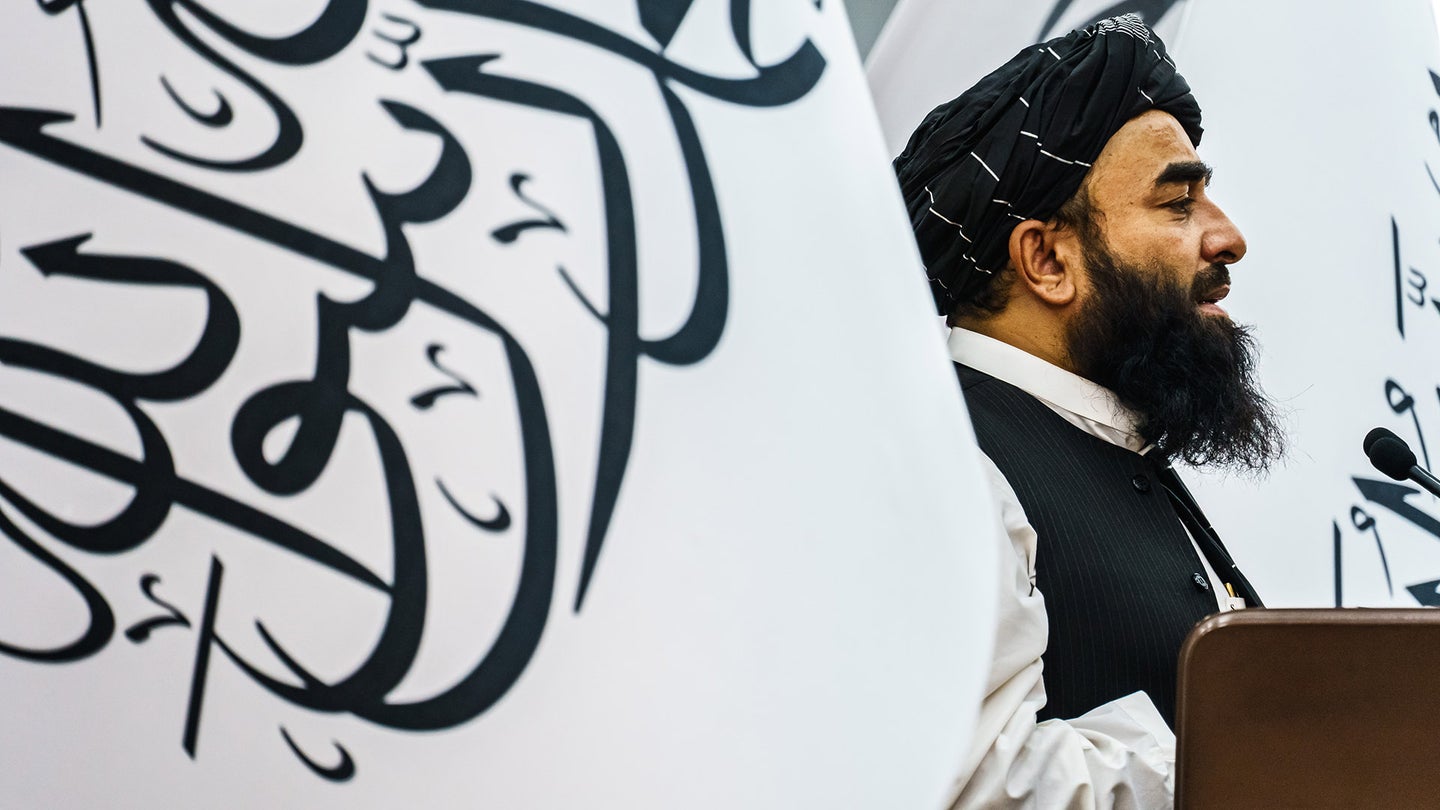 President Joe Biden recently claimed that Al Qaeda was no longer in Afghanistan.

“What interest do we have in Afghanistan at this point with Al Qaeda gone?” Biden said at an Aug. 20 White House news briefing. “We went to Afghanistan for the express purpose of getting rid of Al Qaeda in Afghanistan, as well as getting Osama bin Laden.  And we did.”

Narrator’s voice: Al Qaeda is not gone from Afghanistan. And now that the Taliban are the unquestioned rulers of the country, Al Qaeda once again has friends in high places.

Even before the Taliban captured Kabul on Aug. 15, Al Qaeda was present in 15 of Afghanistan’s provinces, according to a recent report from the Special Inspector General for Afghanistan Reconstruction (SIGAR). The report also noted that the Taliban’s ties with Al Qaeda “only appear to be deepening.”

Officially, a Taliban spokesman claimed in a recent interview with a Saudi Arabian state-owned news outlet that Al Qaeda, “Are not present in Afghanistan in the first place,” The Washington Post reported.

But the Defense Intelligence Agency has found that the Taliban has provided Al Qaeda with a safe haven in Afghanistan while publicly denying that the terrorist group is in the country at all, a recent Defense Department Inspector General’s Office report found.

“The DIA stated that the Taliban is ‘very likely’ requesting that Al Qaeda restrict its activities and downplaying the longstanding relationship between the groups as a means of ensuring the complete withdrawal of U.S. and coalition troops,” the report says. “U.S. Central Command (USCENTCOM) Commander General Kenneth F. McKenzie, Jr., said if ‘left unmolested [al-Qaeda] are certainly going to rebuild, re-strengthen themselves, and we have no reason to doubt they…want to attack us in our homeland.’”

Those conclusions echo a May 2020 United Nations report, which found the Taliban and Al Qaeda remained close based on friendship and “a history of shared struggle, ideological sympathy and intermarriage.”

“The senior leadership of Al-Qaeda remains present in Afghanistan, as well as hundreds of armed operatives,” the report found. “The Taliban regularly consulted with Al Qaeda during negotiations with the United States and offered guarantees that it would honor their historical ties. Al-Qaeda has reacted positively to the agreement, with statements from its acolytes celebrating it as a victory for the Taliban’s cause and thus for global militancy.”

So far, Biden administration officials have attempted to clean up the president’s comments about Al Qaeda and Afghanistan by claiming the terrorist group does not pose the same threat to the United States as it did before the Sept. 11, 2001 terrorist attacks.

Pentagon spokesman John Kirby has also said that although Al Qaeda and the Islamic State terrorist group have a presence in Afghanistan, “We do not believe it is exorbitantly high.”

While Al Qaeda is not nearly as strong as it used to be, it can expect to receive arms, money, fighters, and other support from like-minded groups in Afghanistan and elsewhere in the region, said Michael Kugelman, an Afghanistan expert with the Woodrow Wilson International Center for Scholars think tank in Washington, D.C.

Now that the Taliban has assumed control for nearly all of Afghanistan, Al Qaeda will likely have more space to reconstitute itself, Kugelman said. It is unclear whether the terrorist group will eventually be able to attack the United States from Afghanistan again.

“No one worth their salt would think that the Taliban and Al Qaeda are dismantling their relationship,” Kugelman said. “This is a long and deep partnership that continues to exist on both ideological and material lines today. While the Taliban, in its quest to gain recognition from the world’s governments, may take some modest steps to curb the presence of a few other militant groups on their soil, it won’t do this with Al Qaeda. The relationship is simply too strong.”