“And it’s like, ‘He died on the balcony.’ Well, understandable, it’s a nice balcony.” 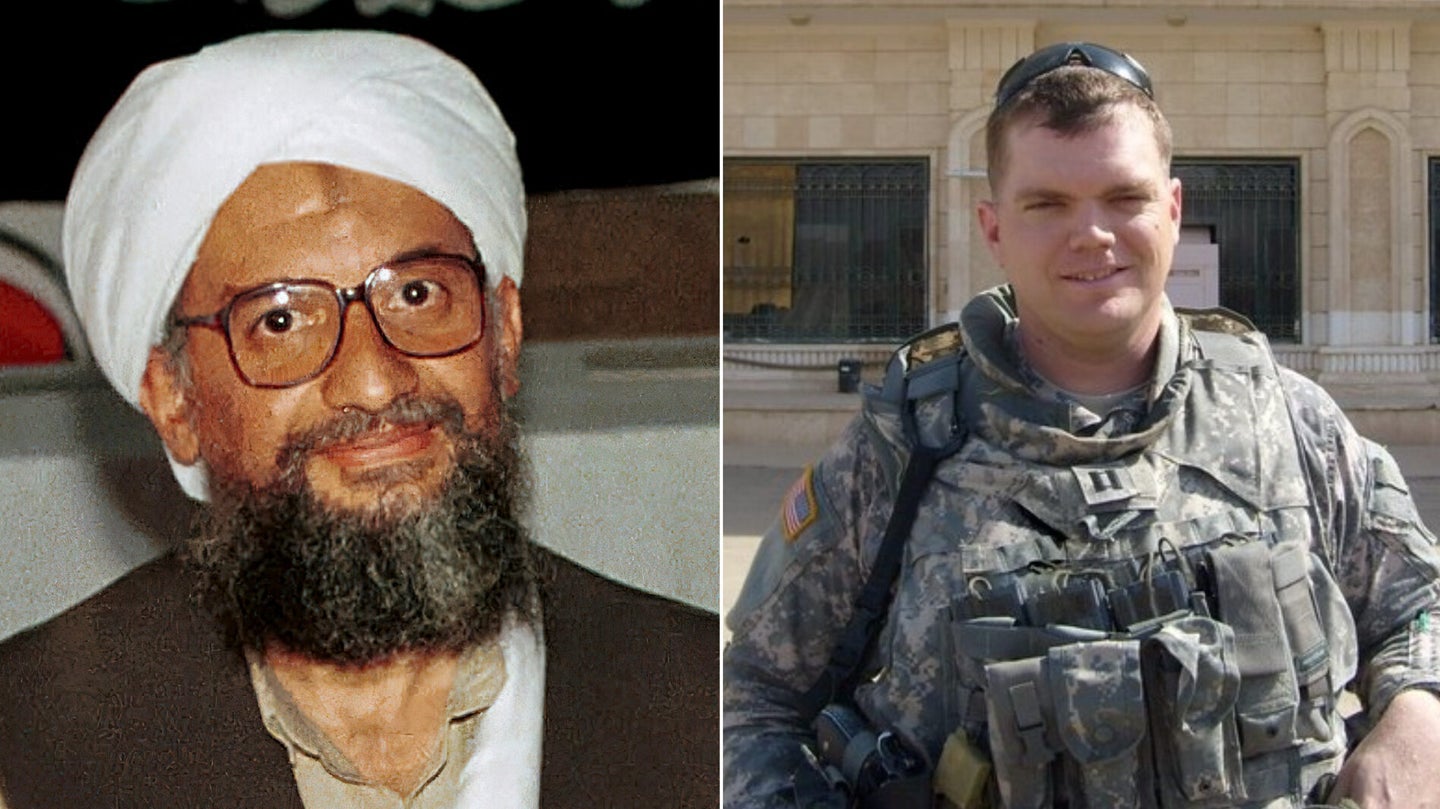 Dan Smock was scrolling Twitter when he saw what appeared to be photos of his old house in Afghanistan.

He lived in Kabul in 2012 and 2013 while he was a contractor for the U.S. Agency for International Development (USAID). And though he was pretty confident what he was looking at was photos of his old house — specifically two horizontal structures under the balcony that he said were unique to his home — the neighborhoods “all look the same,” he said. The “poppy palaces,” a nickname for the homes in the neighborhood that had been used by warlords and drug lords, have a lot of similarities to one another, Smock said.

Then the news broke that Al Qaeda chief Ayman al-Zawahiri was killed in that house, standing on the balcony, by two U.S. Hellfire missiles.

“It got reported he was killed in Sherpur, and they circled the broader neighborhood and I’m like, ‘That’s the neighborhood we lived in. Oh shit, that’s my house,’” Smock, an Army veteran, told Task & Purpose. “And it’s like, ‘He died on the balcony.’ Well, understandable, it’s a nice balcony.”

Smock later verified that it was the same house to the Guardian, who first reported the news that he’d lived in the same home that al-Zawahiri was killed in.

Al-Zawahiri was killed on Sunday while staying in the house in Kabul with his family. Officials have said he was the only person killed in the strike, and none of his family members were injured. And while a senior administration official said on Monday that senior members of the Taliban government and Haqqani Network were in fact aware of al-Zawahiri’s presence in Kabul, the Taliban said Thursday they had “no knowledge” of his “arrival and residence.”

If Smock is being cynical — “I can’t really help myself at this point,” he said — it would make sense that the Taliban went “full Al Qaeda Airbnb and stashed him there, especially given the house’s location, kind of “off in the back corner” and next to a “big open field,” he said.

“If I’m the Taliban and I’m like, someday we might need to do something about this guy, that’s where I’d put him,” he added.

It’s a particularly jarring thing for Smock to realize the head of Al Qaeda was living in his house. Smock was in his late 20s when he commissioned into the Army as an infantry officer in 2001, just a few months before 9/11. He was still in training on Sept. 11, 2001 and remembers the moment his drill sergeant said, “the towers are down.”

“I’m like, you mean the power’s out? I don’t understand,” Smock said. Once they learned what had actually happened, he recalled commenting to a soldier next to him, “We’re going to have to go to war with somebody.”

Just a few years later in 2004, Smock deployed to Iraq. In 2005 he got out of active duty, but just a year later was called back up from the Army’s Individual Ready Reserve (IRR) and was deployed to Iraq again in 2008, this time as civil affairs. He also did a stint in Afghanistan as a military liaison in 2009, he said, and he’s been “doing Afghanistan pretty much ever since.”

It’s a bit surreal, to say the least, to be a veteran of the Global War on Terror and to know that you lived in the same house where the head of Al Qaeda was killed.

“This morning when the story came out, I read it … and I’m like, you go from ‘That’s weird,’ to ‘That’s really surreal,’ to ‘That’s funny as hell,’ to what I’m currently at: ‘Where’s my breakfast bourbon?’” Smock said. It’s all the more interesting to think about how al-Zawahiri was killed — with a Hellfire missile, that seems likely to have been the R9X variant, which releases six razor-sharp blades upon impact.

Smock joked that the R9X is “clearly” something that was developed between “a couple of guys … who got high as balls, looked at each other — and watched a bunch of Acme cartoons — and were like, ‘Hey, what if we can drop an anvil from the sky?’ And then the guy next to him just finished watching infomercials for some reason because that’s his thing, and he goes, ‘Yeah, but what if we make it a Slap Chop anvil?” Smock said, referring to a kitchen tool used to quickly dice up vegetables.

All in all, the situation presents a strange sort of full-circle moment. Smock told The Guardian it’s reflective of how “spectacularly” the mission in Afghanistan failed, for al-Zawahiri, whose work was responsible for so many deaths, to be living in Kabul with his family. And while the Taliban denies knowing the Al Qaeda chief was in Afghanistan, it was outlined in the 2020 Doha Agreement between the U.S. and the Taliban that they would not harbor members of Al Qaeda.

It’s “bizarre” to think of the death and destruction al-Zawahiri caused, only for him to be destroyed in a matter of seconds, Smock said.

“I finally came up with the arc in my head,” he concluded. “I’m like, let’s review: A two-time Iraq veteran lives in a house that was probably built with opium funds, and then that was leased to the Taliban who then stashed the leader of Al Qaeda in it as an Airbnb and he got whacked in it by a hellfire. That’s a weird loop.”