All 176 people on the plane were killed. 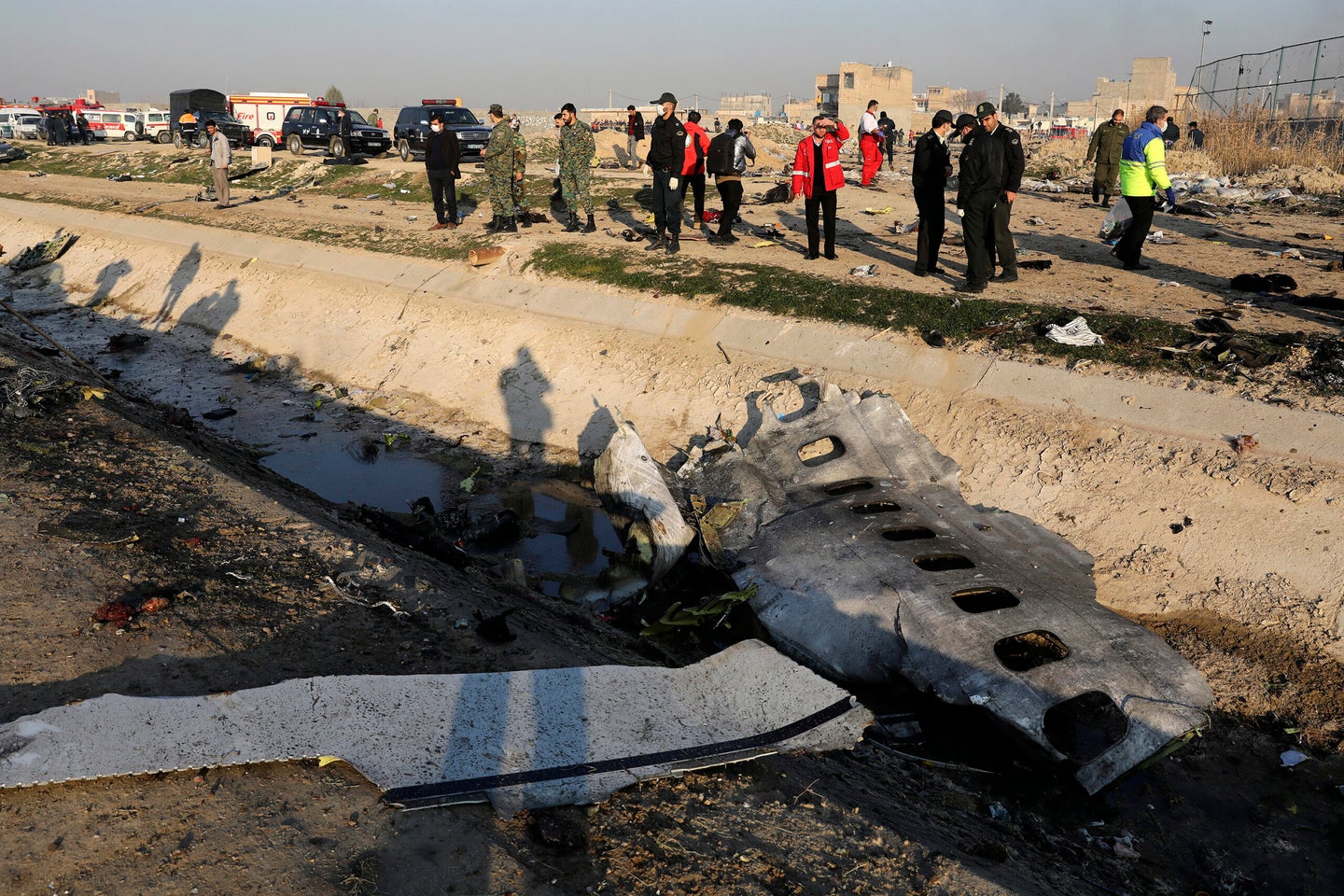 DUBAI (Reuters) – Analysis from the black boxes of a downed Ukrainian passenger plane shows it was hit by two missiles 25 seconds apart and that passengers were still alive for some time after the impact of the first blast, Iran said on Sunday.

The announcement by the head of Iran's Civil Aviation Organization marks the first official report on the contents of the cockpit voice and data recordings, which were sent to France for reading in July.

Tehran has said it accidentally shot down the Ukraine airliner in January at a time of extreme tensions with the United States. All 176 people aboard the plane were killed.

The second missile hit the aircraft 25 seconds after the first, but only 19 seconds of that gap was captured on the recordings because of damage from the first missile, Touraj Dehghani-Zanganeh was cited as saying by state television.

“Therefore, no analysis of the performance and effects of the second missile was obtained from the aircraft's black box.”

The aircraft's flight crew – two pilots and an instructor also travelling in the cockpit – tried to keep control of the plane until the last moment, Zanganeh said.

Iran's Revolutionary Guards shot down the Ukraine International Airlines flight with a ground-to-air missile on Jan. 8, just after the plane took off from Tehran, in what Tehran later acknowledged as a “disastrous mistake” by forces on high alert during a confrontation with the United States.

Iran has been in talks with Ukraine, Canada and other nations that had citizens aboard the downed plane, and who have demanded a thorough investigation into the incident.

Iranian and Ukrainian officials have also held talks on the compensation to families of the victims. Another round of talks is set for October.

Iran's investigation is being carried out under United Nations aviation rules calling for probes aimed solely at preventing future accidents, separately from any judicial process. But the probe has been swept up in regional and domestic tensions.

“The data analysis from the black boxes should not be politicised,” Zanganeh said.

Over 20 people have been sentenced to jail terms up to 20 years in Iran for participating in peaceful protests against the downing of the plane.

Some Iranians took to Twitter on Sunday to show their anger, with at least one user tweeting “They were alive for 19 seconds … a tragedy”.